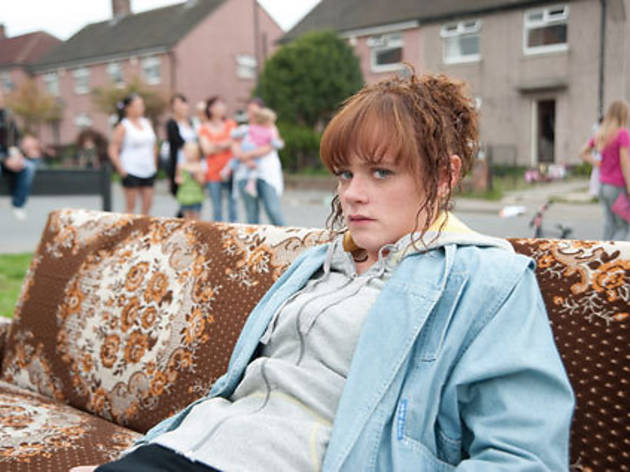 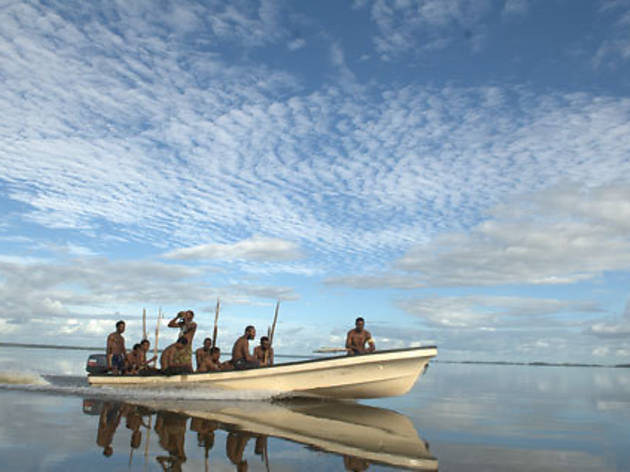 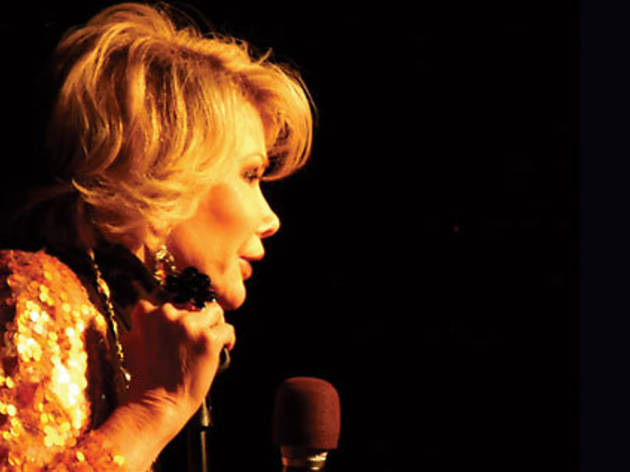 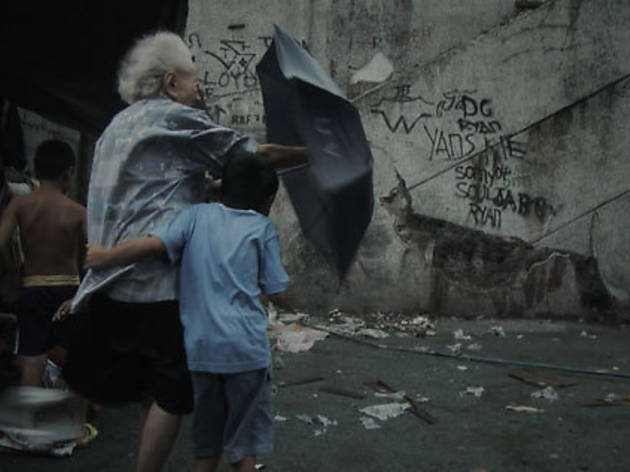 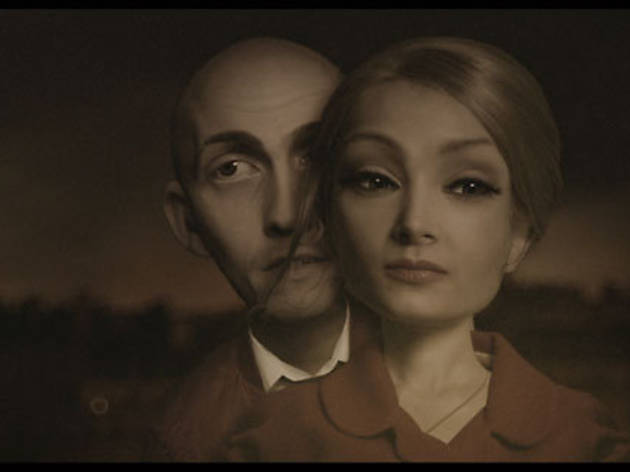 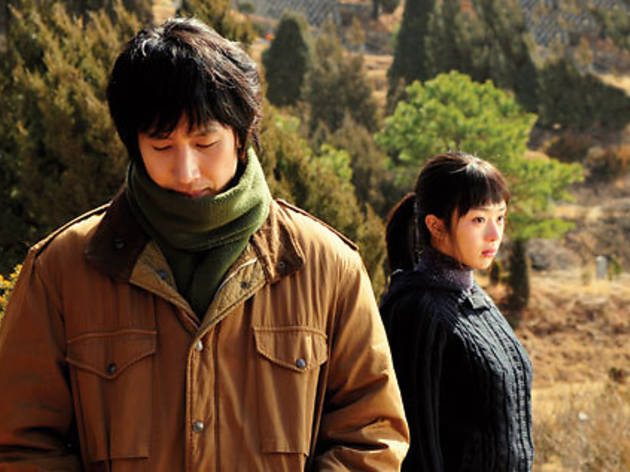 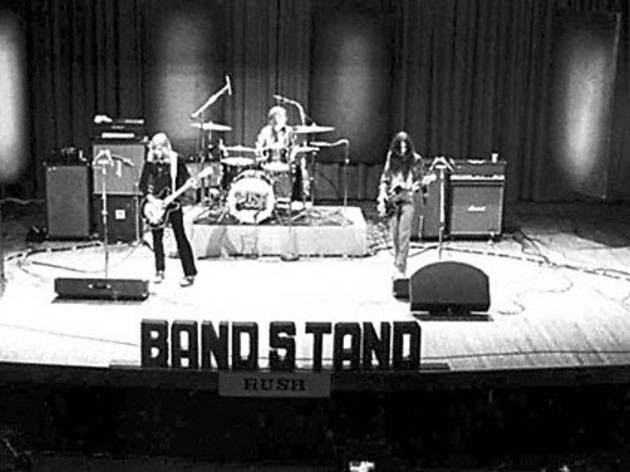 7/10
Rush: Beyond the Lighted Stage 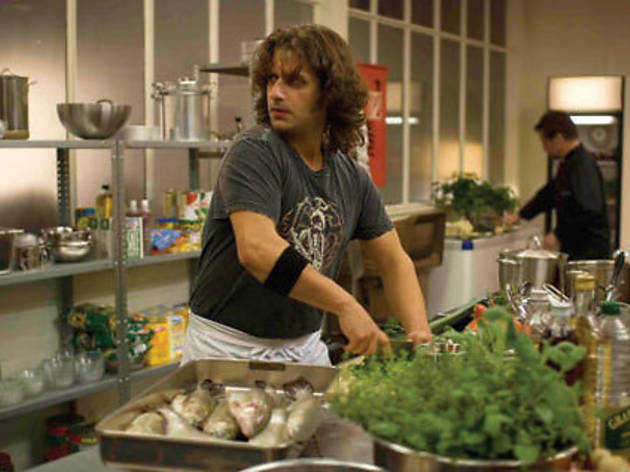 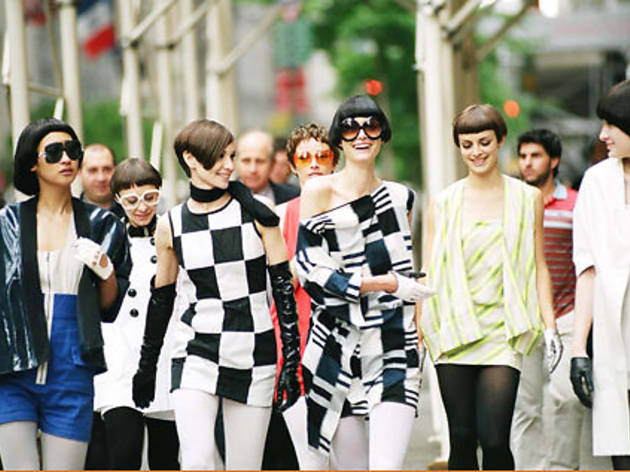 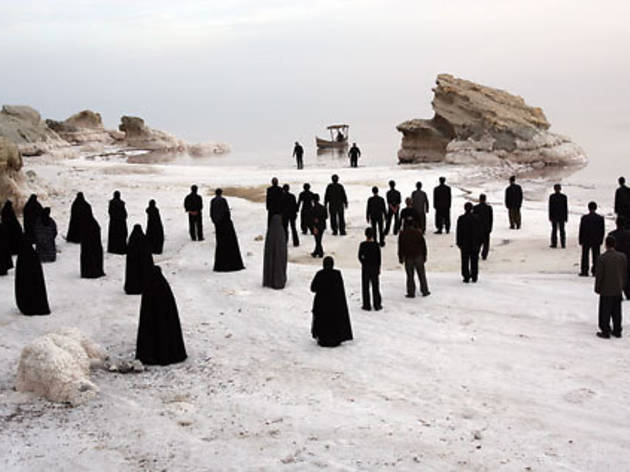 The Arbor
At the age of 15, Andrea Dunbar wrote a play about her hardscrabble Yorkshire 'hood. By 1990, that urban wasteland had worn her six feet into the ground—and was wrapping its tentacles around her daughters. Documentarian Clio Bernard's decision to use actors lip-synching to real voices is a daring self-reflexive gambit. That leap of faith pays off, extraordinarily: You'll walk away feeling emotionally drained and deeply moved. Sun 25 at 7pm, Clearview Chelsea; Mon 26 at 9:45pm and May 1 at 5:30pm, Village East; Wed 28 at 6pm, SVA Theater.—DF

Climate of Change
An environmental documentary about mankind's corruption of Earth narrated in verse by Tilda Swinton? Score! The Scottish beauty iambs those pentameters in this look at ecological movements around the globe, from Indian preteens mobilizing in mass protest to a spunky British businesswoman delighting in going green. But you haven't lived until you've heard Swinton wax poetic about a Svalbard, a Norway storage facility with "comatose seeds wrapped and stowed." Nature never had a better bard. Thu 22 at 5pm, SVA Theater; Fri 23 at 3pm and Wed 28 at 7pm, Clearview Chelsea; May 1 at 12:15pm, Village East.—KU

Joan Rivers: A Piece of Work
You want to talk about raucous comedienne Joan Rivers? This intimate, fascinating documentary traces a recent, eventful year in her life as she puts on an autobiographical play and stars on NBC's The Apprentice...all between exhausting stand-up gigs. Rivers is cuttingly self-aware, acknowledging her workaholic tendencies and addiction to celebrity. Yet she still makes for great, quip-ready company. Mon 26 at 7pm and Wed 28 at 3pm, SVA Theater; Apr 29 at 9:30pm, Village East.—KU

Lola
Taking a break from the sex-and-violence salaciousness of his past two movies (the porn-theater soap opera Serbis and the real-time rape-torture extravaganza Kinatay), Brillante Mendoza skews toward standard social drama with this story of two grandmothers raising cash—one for a funeral, the other for bail. But the main character is Manila, a city suffocating under yards of bureaucratic red tape, portrayed as simultaneously vibrant and soul-sucking. It may be the Filipino filmmaker's best work yet. Thu 22 at 6:45pm and Fri 23 at 3:45pm, Village East; Sat 24 at 1pm, Clearview Chelsea.—DF

Metropia
Former graffiti artist Tarik Saleh concocts a bizarre, animated dystopian thriller, in which a depressed corporate cog (voiced by Vincent Gallo) is unwittingly recruited to overthrow a conglomerate that has connected Europe via a massive underground subway system. Saleh used random people on the street as character models, and their uncanniness walks a fine line between eye-catching and eyesore. Regardless, this is a trip well worth taking. Sat 24 at 10:30pm, Sun 25 at 11:45pm, Wed 28 at 9pm and May 1 at 12:45pm, Village East.—KU

Paju
A man (Lee Sun-kyun) causes a horrendous accident; years later, he's still dealing with the psychic debris and taking care of a confused teen (Seo Woo). Their connection, however, is far more complex than it seems. Fans of Park Chan-ok's debut, 2002's Jealousy Is My Middle Name, won't be disappointed; this mash-up melodrama melding political protest, personal tragedy and narrative loop-the-loops confirms she may single-handedly save South Korean cinema from Asia-extreme overkill. Fri 23 at 6:30pm, Sun 25 at 1:30pm and Mon 26 at 6:45pm, Village East; Apr 30 at 1pm, Clearview Chelsea.—DF

Rush: Beyond the Lighted Stage
A surly teenager is having a tense (yet undeniably Canadian) argument with his parents, who wish he wouldn't leave high school. Amazingly, this late-1960s footage is of a pimply Alex Lifeson, who will go on to create the pride of prog-rock power trios, Rush. Filled with many such well-researched moments, this explosively entertaining profile—also about growing up as an outsider—might turn the haters into believers. Fans know to go twice. Sat 24 at 9:30pm and Sun 25 at 1:30pm, SVA Theater; Mon 26 at 3pm, Clearview Chelsea; Apr 30 at 11:59pm, Village East.—JR

Soul Kitchen
For those who still remember the verve of Fatih Akin's breakthrough, the postpunk romance Head-On (2004), his latest is aimed squarely at your heart. As ever, Akin's subject is finding your way in an adoptive Germany; his characters here are hip Greeks who open the title restaurant in a trendy part of Hamburg, raise the roof, and suffer the ups and downs of financing and love. Yes, it's a touch too zany, but go with it. Thu 22 at 6:30pm and Mon 26 at 5:30pm, Village East; Apr 29 at 1pm, Clearview Chelsea.—JR

Vidal Sassoon The Movie
If a Vidal Sassoon documentary doesn't look good, he doesn't look good. Thankfully, it looks banging, capturing the 81-year-old stylist in his ageless enthusiasm for geometry. There's extraordinary footage here, of Sassoon chopping Mia Farrow's locks for Rosemary's Baby and empowering women in his shop on London's Bond Street. "It was the age of the golden pussy," he reflects wistfully; other revelations include Sassoon's days as a young Israeli freedom fighter. Fri 23 at 6:30pm, SVA Theater; Sat 24 at 2:30pm and Apr 29 at 9pm, Village East; May 1 at 3pm, Clearview Chelsea.—JR

The White Meadows
The latest from director Mohammad Rasoulof (Iron Island) has the simplest of plots: A middle-aged man rows around the islands of Lake Urmia and collects tears from the tribes who reside there. Why he does this remains shrouded in mystery for most of the film; the resolution is devastating, especially its implicit critique of Iran's oppressive regime. Do not miss it. Fri 23 at 8:30pm, Mon 26 at 2:30pm and Tue 27 at 6:30pm, Village East; May 1 at 7pm, Clearview Chelsea.——KU

Tribeca Film Festival runs through May 2.