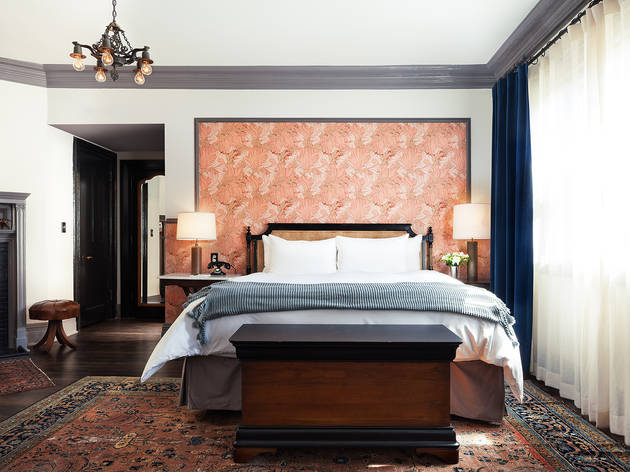 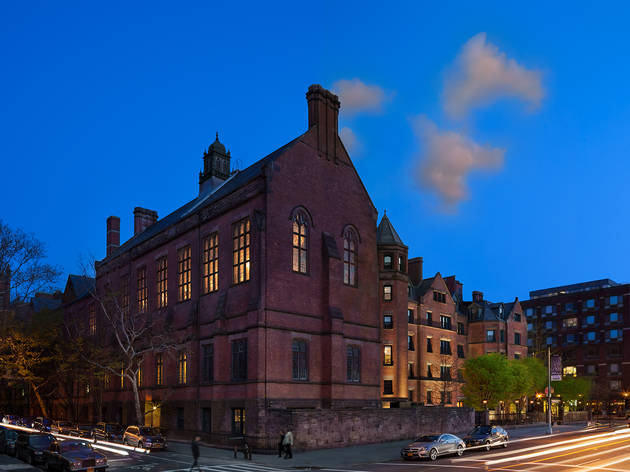 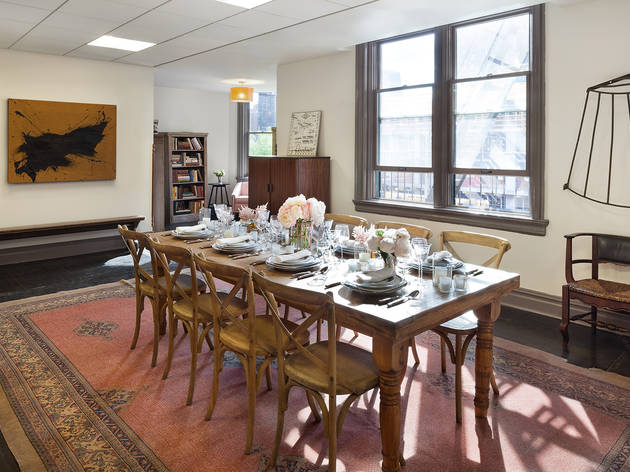 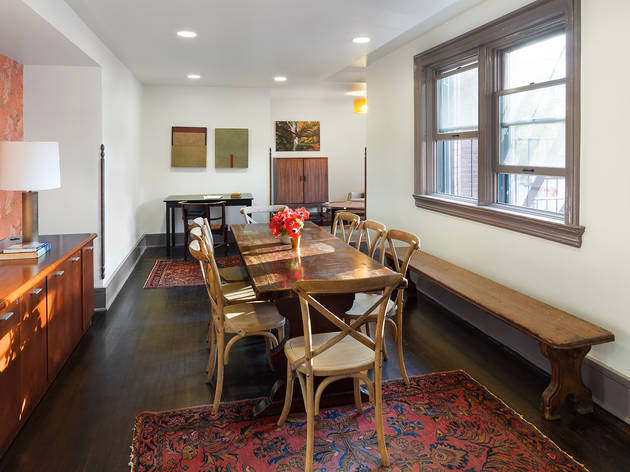 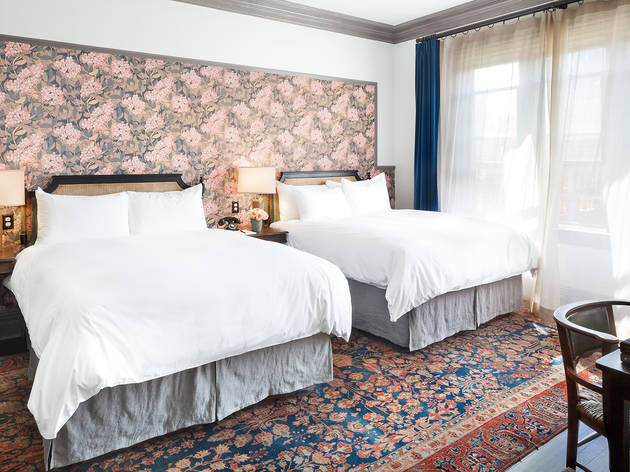 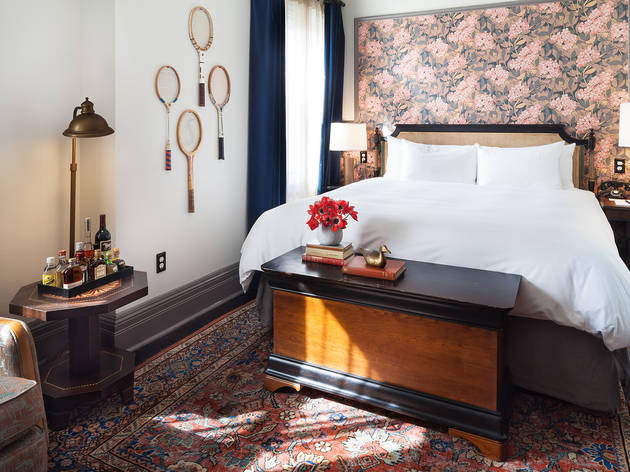 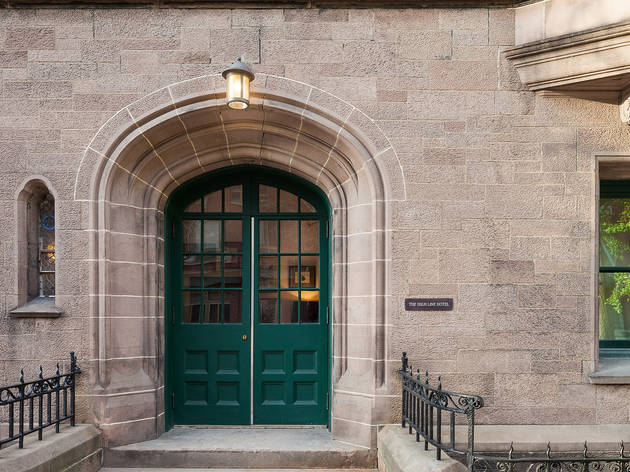 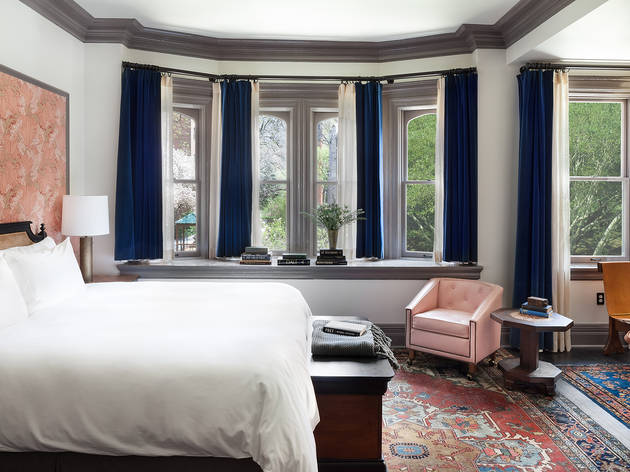 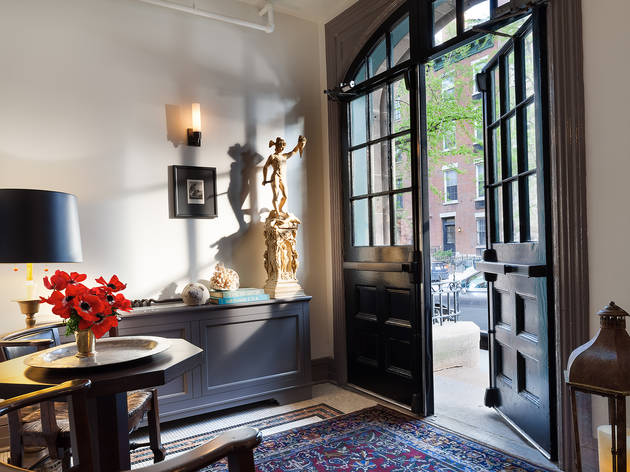 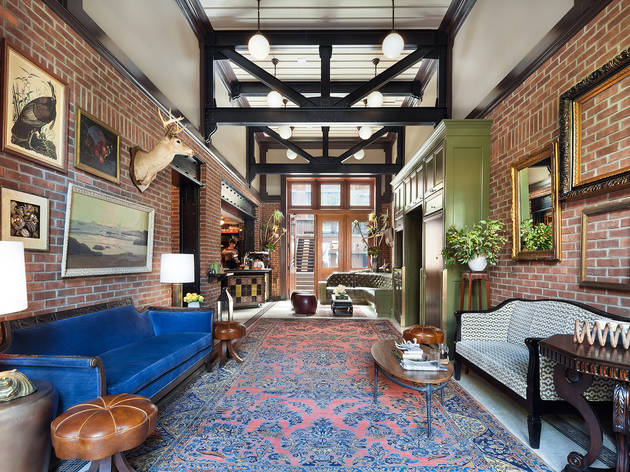 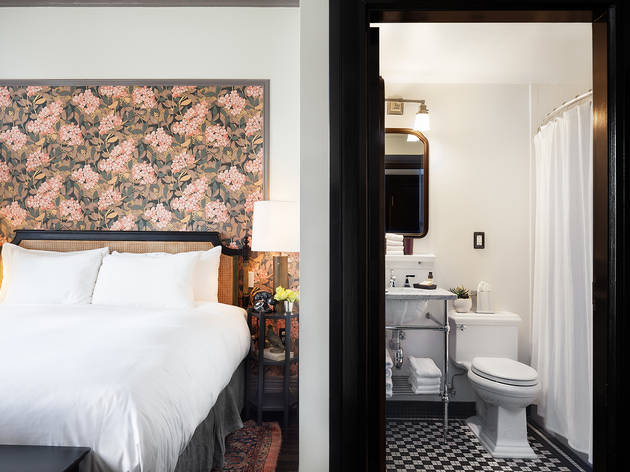 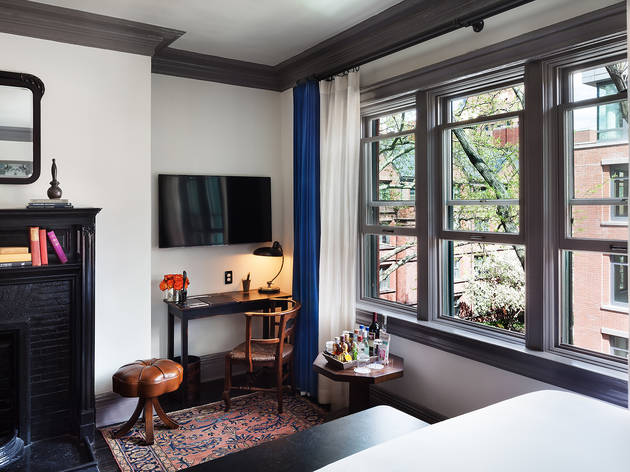 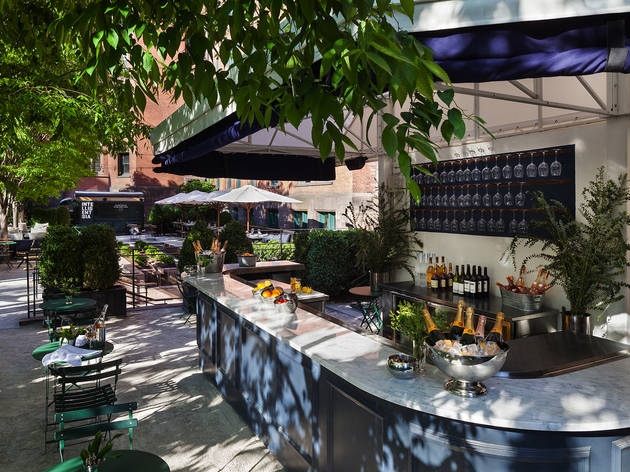 You might’ve walked down Tenth Avenue in Chelsea and passed a gated courtyard adorned with gas lamps and surrounding a 19th century building, a maroon brick structure reminiscent of a church or sanctuary. Well, you’re not wrong, as the building in question is an old seminary built in 1895 that just happens to be the home of the High Line Hotel, a five-year-old boutique hotel that mixes gothic architecture with modern technology while keeping its old-school charm.

When you enter the hotel through the courtyard, you immediately feel like you’re sitting in someone’s living room, a brownstone somewhere in the West Village: brick walls, quirky paintings, leather stools, colorful couches. At the end of the lobby area lies a bar-coffee by day, cocktails and drinks by night-and we just happened to arrive during a high time in the afternoon in which the lobby was bustling with artsy folk, some with dogs, sipping coffee and chatting away the day. In short, a classic comfy New York scene.

The rooms are equipped with touches like vintage furniture, decorative fireplaces, heirloom rugs, a 1922 rotary-dial telephone; a vintage custom embosser is fastened to every guestroom desk while C.O. Bigelow adds some bathroom pampering prods to the coziness of the oversized rooms. Outside in the front courtyard you’ll find a 1963 Citroen coffee truck serving Intelligentsia coffee as well as the 180 Tenth Garden seasonal restaurant (summer through fall). Amenities include a complimentary pass to an Equinox gym, 24-hour on-site concierge service, old timey typewriters available for use, dog-walking services and seasonal Shinola complimentary bicycles that come with a neighborhood map.

The High Line Hotel is right on Tenth between 20th and 21st Streets and the closest subway is the C,E at 23rd Street and Eighth Avenue or the A,C,E at 14th Street at Eighth. What you will find at the latter subway station is the last (or first) stop on the L to Brooklyn. Or you can take this recommendation and just walk. The hotel is perfectly set right across the street from one of the High Line entrances at 20th Street so you’ll be elevated in no time.

TIMEOUT TIPS: Chef/restaurateur Ken Oringer’s Toro in the MePa on the West Side Highway at 15th Street has an extensive menu of Spanish tapas and cocktails. For a quick bite there’s no place in Chelsea quite like the Empire Diner. A throwback that opened in 1976, the Art Deco-designed diner is now in the good hands of John DeLucie of Cafeteria-fame. Sitting in the booths along the windows against the bustle of Tenth Avenue makes you feel like you’re living in an Edward Hopper painting. I had a buttermilk waffle, whipped crème fraîche, housemade jam and vermont maple syrup with a side of cheddar grits. And yes, everything was delicious.