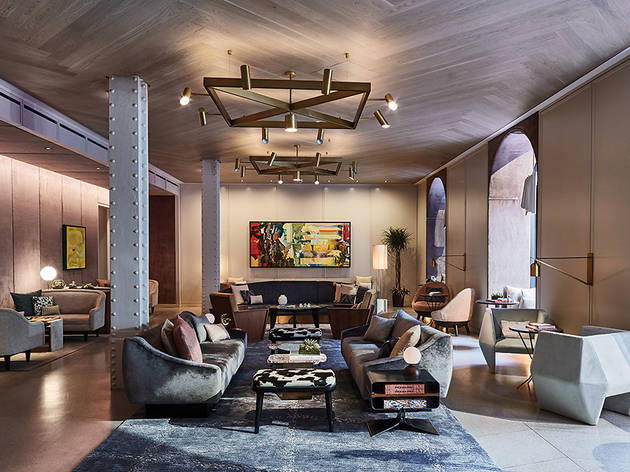 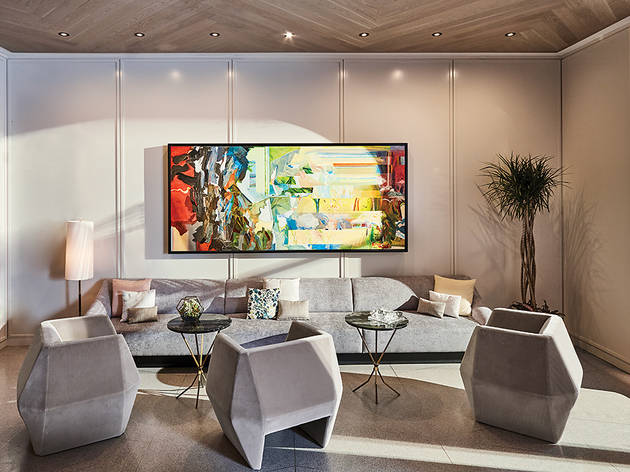 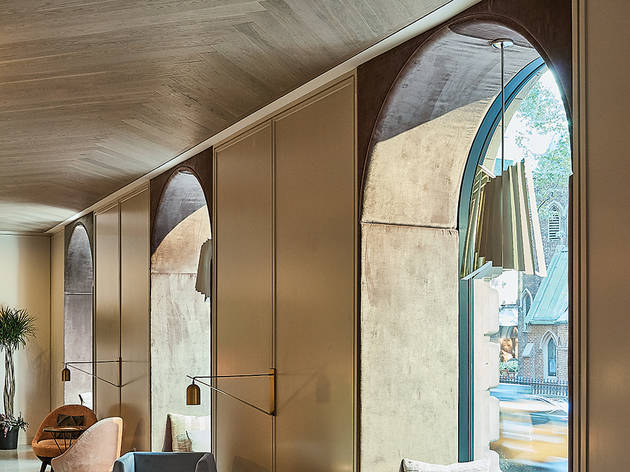 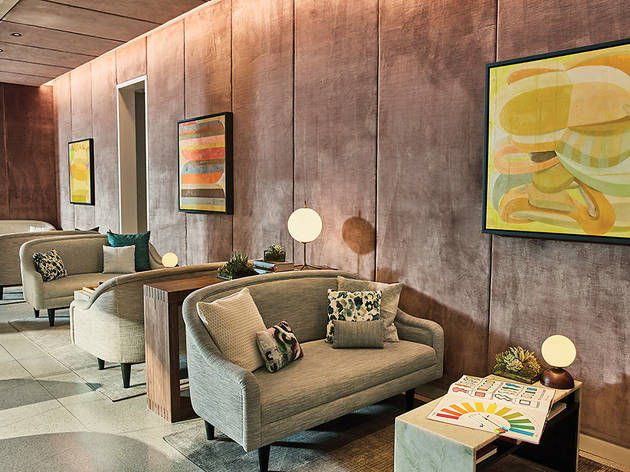 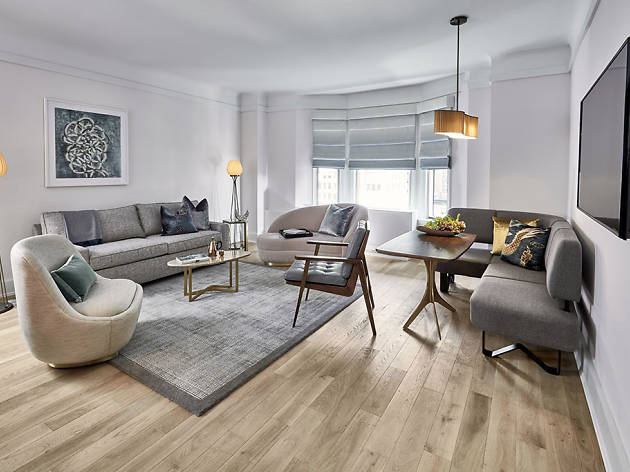 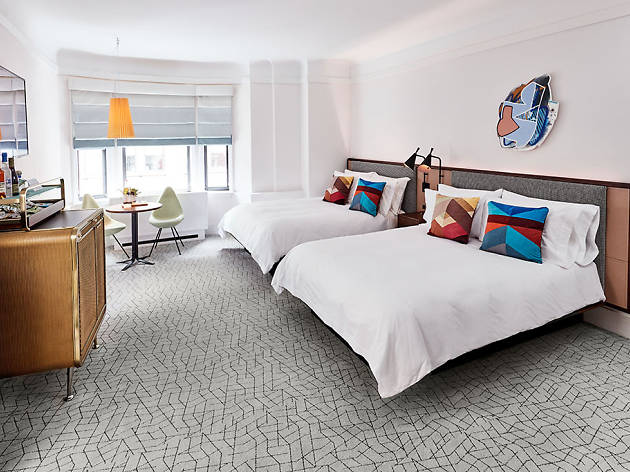 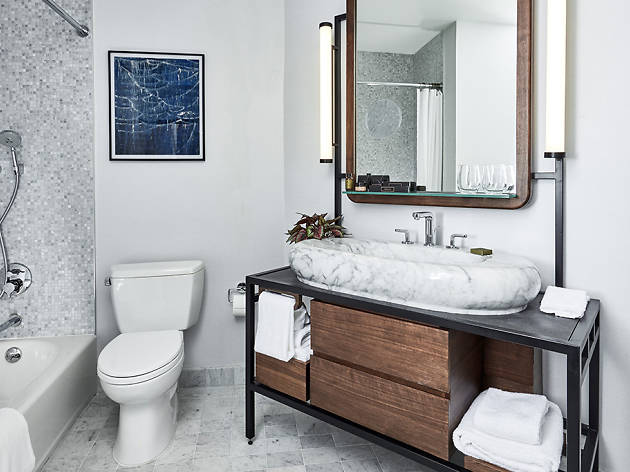 Having taken over the old Carlton Hotel space on the southwest corner of 29th and Madison Avenue last summer, the James Hotel’s second NYC location (the first James Hotel opened its doors in Soho in 2010) breathes new life into the always bustling Nomad with modern yet classic decor. The fresh new space is a welcome addition to a nabe that has become a go-to destination for trendsetters visiting the city or locals just looking for that elusive staycation.

Occupying a beaux-arts style building that originally opened as the historic Hotel Seville in 1904, the tan structure with exposed red brick has an airy quality throughout its lobby. What was most impressive was the look and feel of the design: brown wood and grays dominate the space, steel columns and large arching windows give off an industrial vibe and let in a good amount of light, and the beautiful palette of colors in the paintings tie everything together. It’s a lobby that exudes warmth and during my stay it was filled with guests lounging, reading, conversing on all the couches and chairs. Since it lies to the side of the front desk and is not a walkthrough area, it remains quiet and tranquil. On the Madison Avenue side lies the newly opened italian gem, Scarpetta, making the move after 10 years on West 14th Street; the hotel’s Seville cocktail lounge harks back to the Prohibition era and set in a tucked away, underground space.

The hotel is designed by Thomas Juul-Hansen, who has created some of the interiors for a number of Jean Georges restaurants including Perry St, Nougatine and his namesake, Jean Georges. Inside the hotel rooms you’ll find locally crafted and custom designed furnishings like grated brass minibars and hand-carved marble bathroom vanities. Guests also have 24-hour access to the fitness center equipped with Peloton bikes which is perfect for burning off those unwanted calories at any hour after a night out on the town—no need to wait for the gym to open up and what most New Yorkers can agree on, time is always of the essence.

The James New York - Nomad is near a multitude of subway stations so there’s no shortage of getting around. There’s the N, Q, R, W at 28th Street and Broadway and the 6 train at 28th and Park Avenue. A few blocks north of Madison Square Park and the Flatiron Building, and just south of the Empire State Building, the James is the perfect home base if you’re in the mood to hit those pesky—yet unabashedly fun—tourist traps.

TIMEOUT TIP: For some serious grub by way of Texas, head over to Hill Country on 26th between Broadway and Sixth Avenue for all your BBQ needs. Think ribs, pulled pork, smoked chicken, sausage and brisket with all the sides in a woodsy, honky tonk setting; across the street and down the block you’ll find the bar/restaurant Maysville, where the main star is bourbon and features a list of over 150 American whiskeys alone.