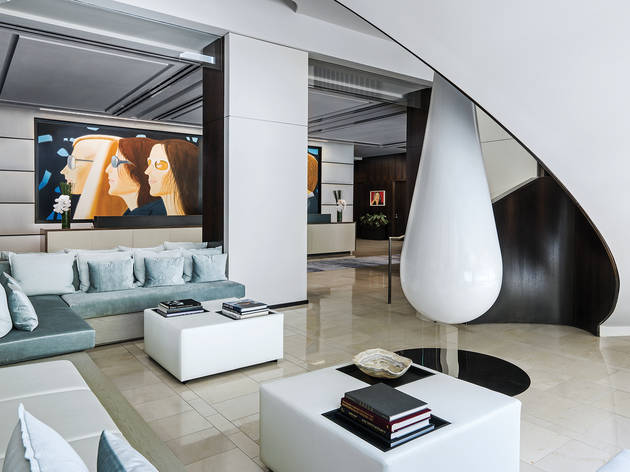 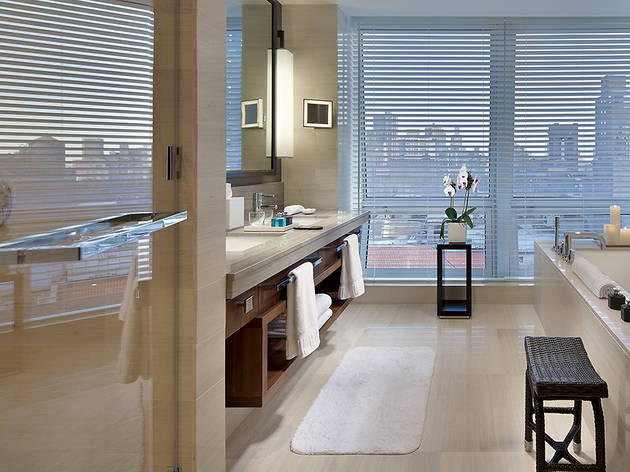 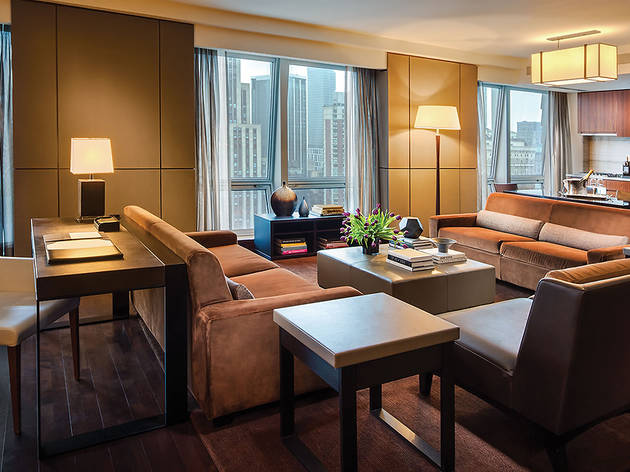 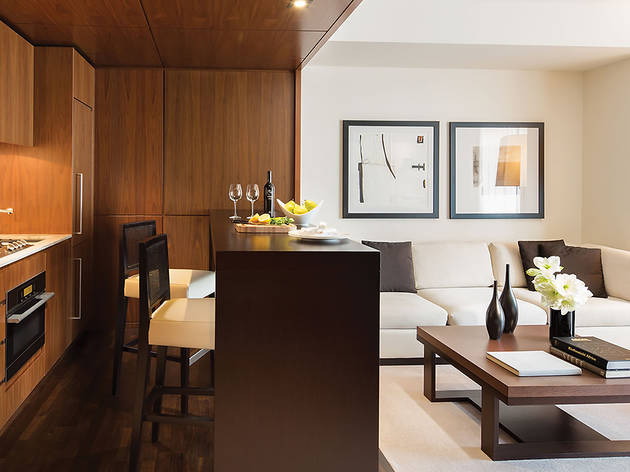 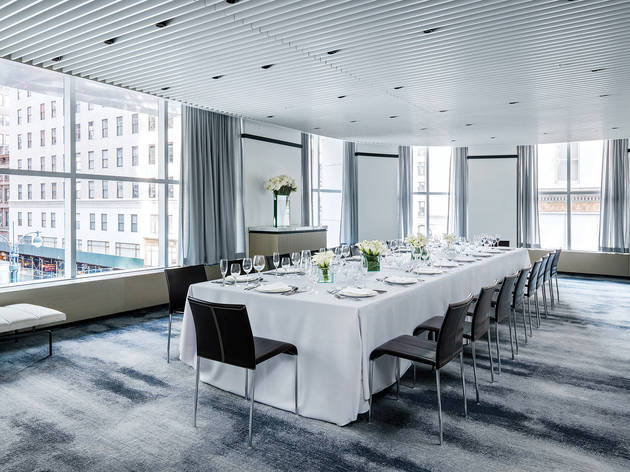 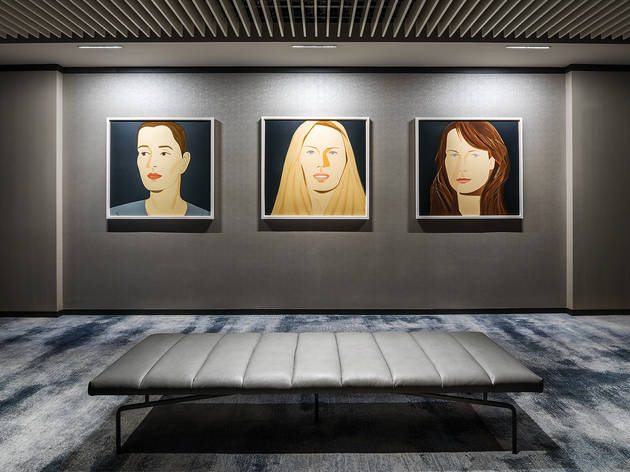 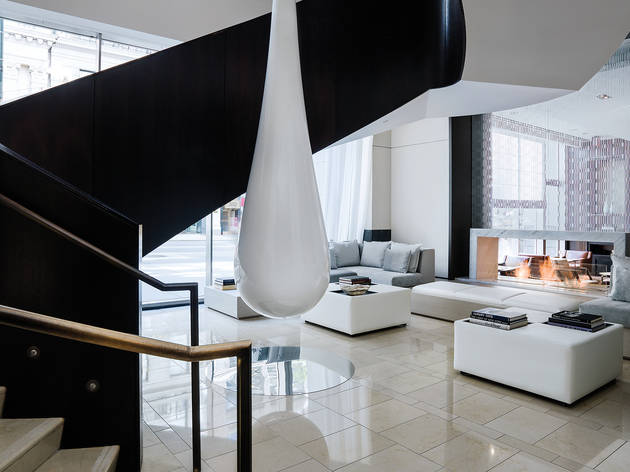 With its enormous overhanging canopy fitted with rows of exposed light bulbs and two stately flags bearing its name, the Langham New York Fifth Avenue is heavy on style and brings a touch of elegance to the concrete facades in the bustling nabe that is Midtown Manhattan. Going through the oversized revolving doors, you’re immediately hit with a few large Alex Katz oil paintings behind the front desk; a lithograph of Katz’s wife Ada resides by the coffee table. In fact, all of the art in the hotel is by Katz—a collection of 10 original paintings worth $2 million. The other artwork is in a third floor event space called the Gallery. But throughout the rest of the hotel you'll find reprints, some of which are solely supplied just for the Langham. The lobby’s seating area—right off the front desk and complete with a winding staircase to the second-floor eateries—is a mix of grays, whites and blacks with a clean and polished finish.

Neutral colors of beige, ivory, taupe, black, gray and shades of white and blue offset the dark brown wood fixtures in each room; many of the rooms are framed by floor-to-ceiling glass windows. In-room amenities feature bath products from the hotel’s Chuan Body + Soul Spa, a full-service spa with three treatment rooms that includes a couples’ room. The spa also has men’s and women’s locker rooms with individual steam showers as well as saunas with pink Himalayan salt walls.

Ai Fiori, the Michelin-starred restaurant from celebrated chef Michael White’s Altamarea Group, brings high-end cred to the hotel’s eating options; be sure to take the winding marble staircase from the lobby to Bar Fiori, the restaurant’s contemporary bar decked out in beautiful flower arrangements that accompany an acclaimed bar & cocktail program. In addition to its menu, Bar Fiori also offers the Ai Fiori menu so you’ll be able to grab White's award-winning White Label Burger while pulling up to the bar.

The Langham rests within the mecca of Fifth Avenue shopping, home to Tiffany, Henri Bendel, Saks, and landmark touristy sights like St. Patrick’s Cathedral, Grand Central Station, Bryant Park and Rockefeller Center—all in walking distance. It’s right near the N,Q,R,W and B,D,F subways at 33rd Street Herald Square. You can also grab the crosstown bus on 34th Street and if you’re visiting by car there’s easy access to the Midtown and Lincoln Tunnels to Queens and New Jersey at either end of 34th. Being so centered in Midtown has its advantages.

TIMEOUT TIPS: In the mood for a rare scotch? Around the corner on 37th Street you’ll find Fine & Rare, an old New York-style spirits den from the group behind the Flatiron Room. Leather banquettes, a fireplace, live jazz acts and hard-to-find whiskies complete this joint and what’s really cool is the library-style rolling ladders for those rarest of rare bottles housed in liquor lockers above the bar as part of their bottle-keep program—buy a full bottle and have it stored on the premise for future use.

Near The Langham New York