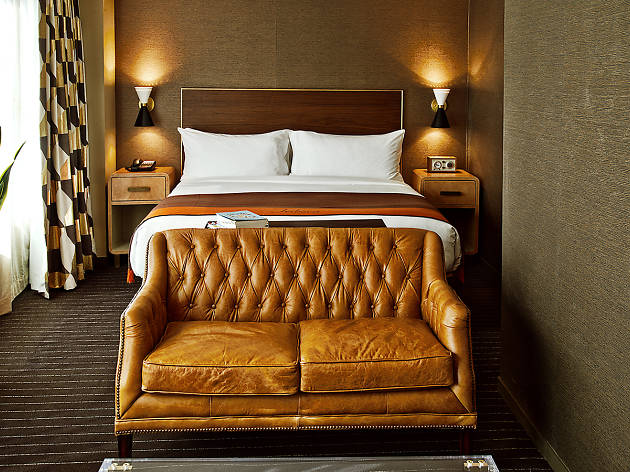 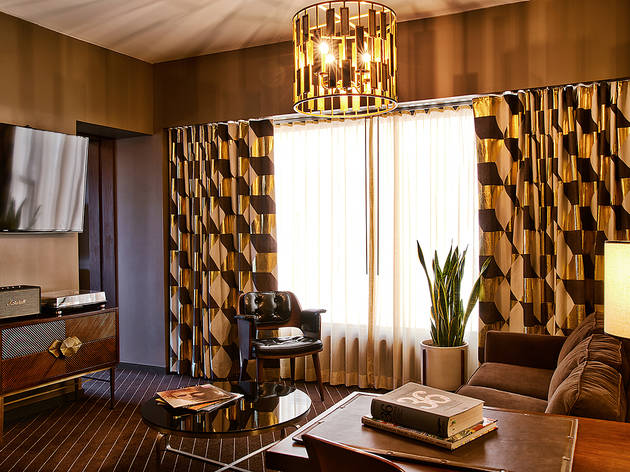 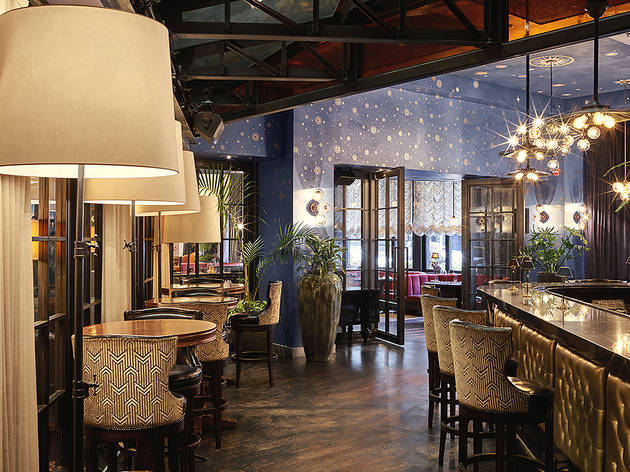 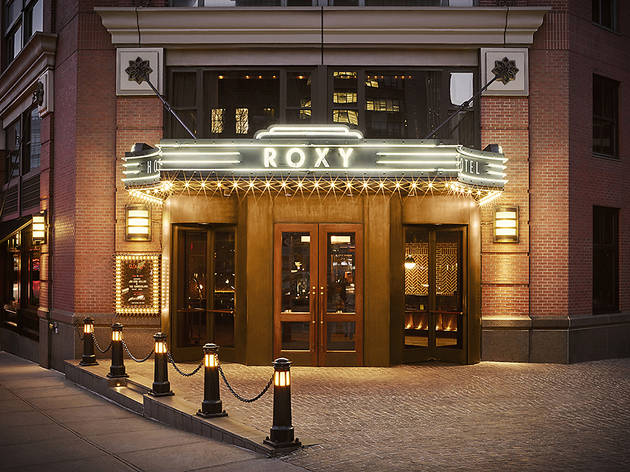 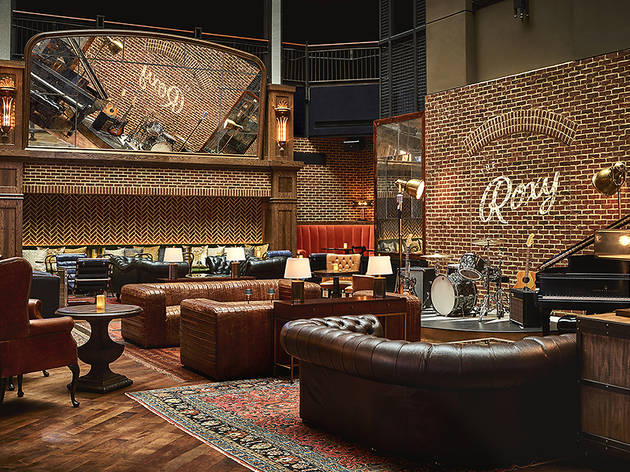 The true test of whether a New York hotel is cool? Whether actual New Yorkers want to go there! The Roxy easily passes that test. Beyond being a place to stay in Tribeca—one that manages to be swanky but not pretentious or intimidating—it’s a place to go in Tribeca. At any given time, there are honest-to-goodness New Yorkers hanging in the lobby (or at least chic tourists who pass for them). And speaking of chic: Super-stylish celebs with rock-star cred stay there, too; The fashion darlings of the 2016 Costume Institute Gala, Haim, hung their hat at The Roxy after spending all night with their bestie Taylor Swift.

Upon check-in, you’ll get a glass of sparkling rosé (yes, please!) and a questionnaire that asks for your choice of morning paper and pillow type. (Who knew there were multiple pillow types? And why hasn’t anyone ever asked us our preference before?!? Rude.)

The inside of the hotel has one of those perimeter balcony setups that’s more reminiscent of a convention-center Marriott than a downtown boutique hotel, but for the most part, the Roxy does its Tribeca Grand past proud: Comfy eclectic couches dot the lounge, a pool table sits invitingly off to the side. Everything is brown and gold and white—nothing screams, everything calms. And most important, when you retire to your room and collapse into one of the most comfortable beds you’ve ever had the pleasure to sleep in, the windows and doors are amazingly soundproof, crucial because of the all-hours hubbub outside on the street and downstairs in the hotel.

About that hubbub: The entertainment is the main draw of this place. Skip eating at the hotel (you can do better elsewhere in the nabe, like at Odeon or Locanda Verde) but do make sure to take in all the real-deal entertainment the place offers: On our stay, the Late Show’s Eddie Barbash was holding court with his band in the Roxy Lounge and Cuban music was pumping downstairs at the speakeasy-ish Django. (Don’t bother trying to stay in your seat at the Django—couples with twinkle toes and two left feet alike will hop right out of theirs the second the music starts, and you should follow.) There’s also a movie theater showing indies, classics and foreign films for those looking for more introverted fun, and an outpost of the East Village hair salon Blackstones, so you can look spiffy for your night out.

Time Out tip: If all that relaxation and fun have you wound up in knots, head a few blocks south to Ancient Aire Baths, where you can bob in hot and cold thermal baths, and get a massage—all in a space that feels like an underground cave. Two more tips within a tip: Rates are cheaper on weekdays, and don’t forget your swimsuit—they’re required!