Following the release of his award-winning 2017 poetry collection Nature Poem, author and hilarious podcast Food 4 Thot co-host Tommy Pico toured the country reading his work. His third collection, Junk, launches in May and is concerned with the impermanence of relationships, people and things; what happens to the hotel room after you leave it, what happens to the chair you throw away, who are we after our use changes. Before the LGBTQ POC artist  joins his Food 4 Thot hosts at a live edition at Housing Works on January 22, he spoke with queer activist and organizer Micheal Foulk about growing up on a American Indian reservation, poetry, activism and his creative process.

How would you describe Junk?
Junk is a breakup poem in couplets that is primarily concerned with utility and use and what happens when you’re in between. It asks what happens when a marker of your identity, like a pillar of your identity gets taken away. If you’re defined by your relationship or your job or your apartment or city that you live in…how do you reclaim your identity when one of those things disappears? What are you if not what surrounds you? When I was a kid on the [Viejas] reservation, my mom worked in a thrift shop, and I was so enamored with all of this junk in the shop, but was sad that not all of it would find a home. These things had lost their use, their identity. I found junk shops to be an experience of profound ambivalence.

Your books are very distinct from one other. How do you individuate each one?
The inspiration for IRL was simply that I wanted to write the longest Tumblr post ever, something that would dominate my whole feed. I had just read this book-length poem Tape for the Turn of the Year by A.R. Ammons, wherein he wrote the whole thing on a single roll of adding tape, and because the tape was so thin he abbreviated a lot of words. It looked a lot like texting. So I was like: “What if I wrote a poem that was like a really long text message?” For Nature Poem, I had just spent four months—day-and-night—writing IRL and I was spent. I went to a friend’s place in Portland with the idea of doing nothing, and the night before I left I got drinks with my friend. I told her I would never write a nature poem, because that's too stereotypical of a native person, and in fact, I hate nature. This white dude turned around at the bar and was like, "What do you mean? You could write anything you want. Why are you limiting yourself?" After two days of idling on a porch petting kitties in Portland, I just started writing again. It was kind of a spirit of the staircase situation, wherein I started writing a zine with all the reasons why I couldn't write a nature poem. Which, surprise surprise, ended up becoming a nature poem.

Those poems feel very tied to the experience of living in New York. How long have you lived here?
I’ve been In New York for 15 years! I moved from a small Indian reservation to Westchester to go to Sarah Lawrence. I was in the pre-med program.

What was your urge to go into the med program rather than focus of creative writing?
I was too intimidated by the poetry program at Sarah Lawrence. I was very young. I was very smart, but I wasn’t educated. I went to college with people who had a lot of money and huge vocabularies, and I was too intimidated. So I went with what I thought was the most objective thing I could do, which was science. I knew with enough time I could figure out an equation, but I didn’t know if I could ever be a good poet. I mean, most of my fellow students had gone to private schools and had generational wealth, and I came from an Indian reservation. I did the best that I could do. I didn’t know then what I know now—which is that having a big vocabulary doesn’t mean you have a big intellect, it just means you’ve had opportunities that I haven’t had yet. Now, I have three books and where are their asses? I don’t know. But they know where I am, because they get the alumni email which tells them about all the cool stuff I’m doing.

You published IRL in 2016, Nature Poem in 2017, and Junk in May. That’s a lot of work in a short time.
Three books, three years. What bitch is working as hard as me? [Laughs] Honestly, it feels like I’ve been writing all of these books for the past 30 years. I actually write pretty quickly. I started to understand what my process was—it wasn’t waiting for inspiration or waiting for a muse or another force to overtake me. The inspiration for writing had to be writing itself; the craft of writing. So it’s an hours thing: I have to sit down, make myself write, and if I do that for a year straight you’re damn right I’m going to have a book.

A lot of writers struggle when it comes to putting out work on a consistent basis. What do you think can get in the way of the creative process?
I think it’s looking for inspiration. I never feel at a loss for inspiration. I’m just writing. It’s not necessarily good, it’s not always funny, it’s not trying to be literature. I write by hand, then I go over, I pick out things that might work and print them out. Then I go through with a red pen and make corrections, write those up, and then I do it all over again. It’s such a continual process. The only reason I haven’t finished another book already is that over the summer I wrote a screenplay, and because of Food 4 Thot. Hopefully I’ll be able to write the fourth book in February, have something coming out in 2019, and then, like, never write another book of poetry again [Laughs].

What was the inspiration for starting Food 4 Thot?
It was primarily a way for four workaholic New York writers to keep in touch. We'd all met at the Tin House writing retreat in the summer of 2016. It was kind of like camp, and since we were eating and drinking and karaoking together every day and night, we became friends really quickly. Being four queer writers of different ethnic backgrounds in the city, interested in books, butt stuff and Beyoncé, our conversations were both focused and frivolous. I noticed other people at the retreat not necessarily taking part in our conversations but observing them. Making the show felt like creating a soundscape that we really would have wanted to listen to, one that spoke to us but didn't exist yet.

You came up creating zines with the punk show scene in California. How does that influence your work?
Each of my books actually started as a zine. They all began their life as printer paper and staples. Another thing that helps me write all the time is that I’m not writing about myself; I’ve always been writing about the world. I may be a character in the world, but as long as the world keeps shifting, there’ll be stuff to write about. Governments change, wars are waged, people die, the day gets long, the day gets short, the seasons change, you meet new people, you learn new things, and I can just keep committing that to the page. It’s all very routed in the vibe of punk scenes.

Get addicted to these NYC podcasts 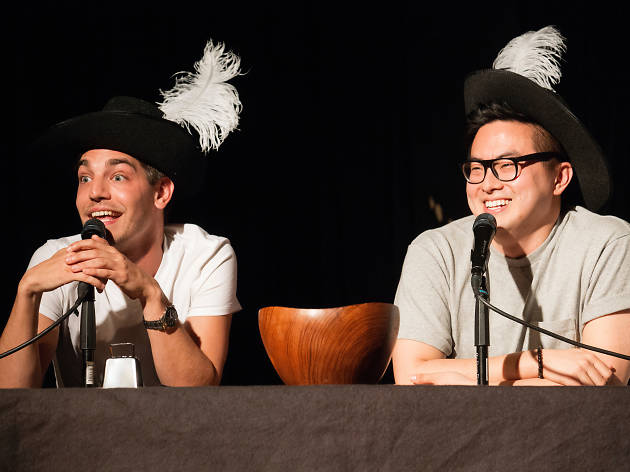 What started as a weekly bitch session between Matt Rogers and Bowen Yang has become a reigning institution in NYC’s gay comedy scene and a way for comedians like Carly Ann Filbin and Cole Escola to talk about their artistic inspirations. The show comes alive at stage spectaculars based on the climactic one-minute rant “I Don’t Think So, Honey.” Hail to the queens. 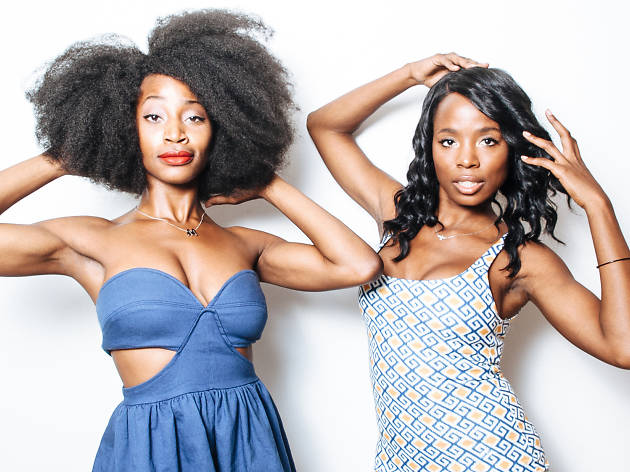 Ostensibly, Sydnee Washington and Marie Faustin get together to interview experts on a range of topics: man buns, nannying, walks of shame. But most of the time, they cut each other to shreds with the prowess of skilled roasters, on air and onstage at their monthly gigs. Stay out of their line of fire. 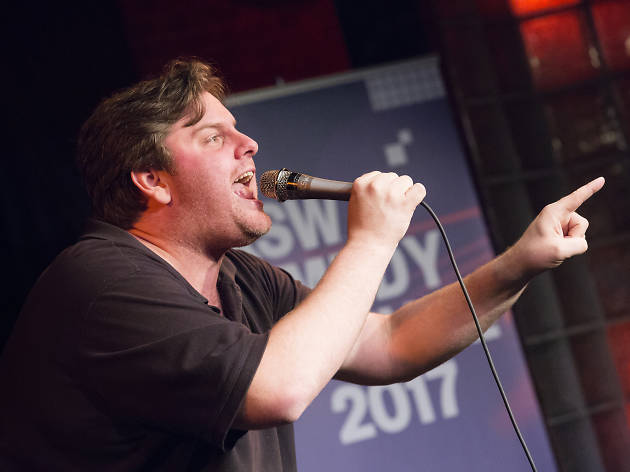 The delightfully surly stand-up plays one delicious devil’s advocate in this dark podcast, in which Dillon and cohost Ray Kump take on touchy current affairs, cultural memes and conspiracy theories with fearless (and shameless) aplomb. Who would have guessed that our most poignant political commentator would be a gay Long Island loudmouth? 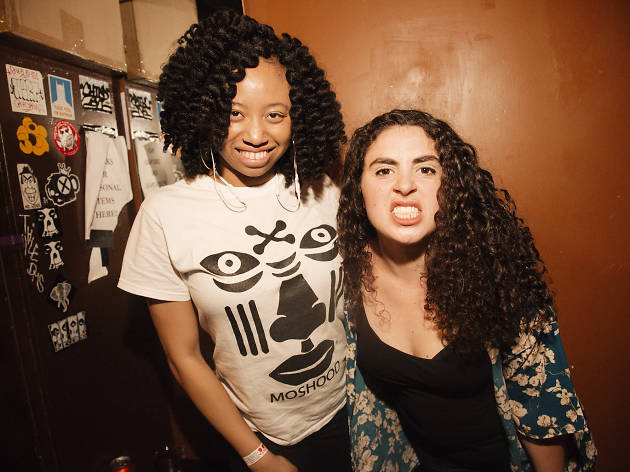 The deadly incisive duo Marcia Belsky and Rae Sanni boldly embrace “the final wave of feminism” with bracing callouts of politicians and celebrities. There’s no better bliss than hearing Sanni tell male policy makers that they “ain’t shit” in segments like #Crushmenmonday. Militancy has never sounded so dope. 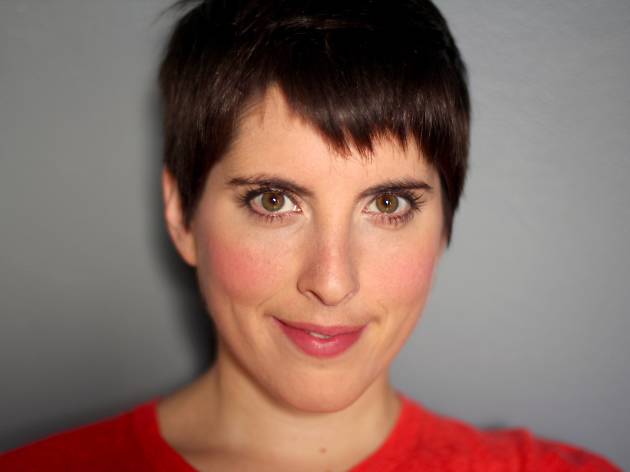 The mark of a great interviewer is the intimacy she develops with her guests. That’s a cinch for the fearless Abby Feldman, who invites comics into her bathtub for honest conversations on sexual health, heritage and humor. Though MOIST has been running as a video series, the podcast launches October 31, with live bathtub shows every week. Get in while it’s hot. 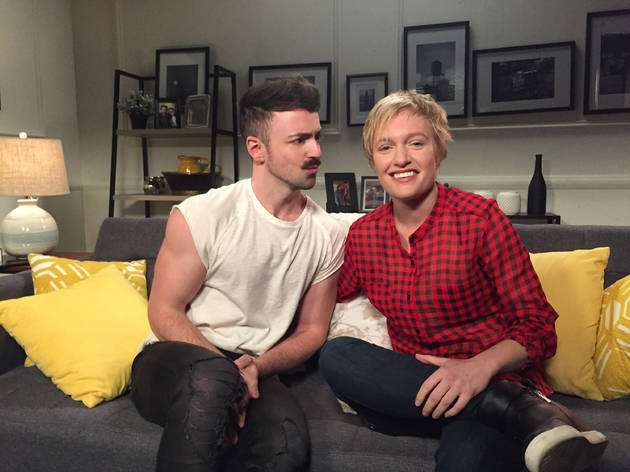 Multihyphenate stand-up and Mariah Carey expert Matteo Lane and delightful comic Emma Willmann share their slightly warped (and oddly touching) perspectives on relationships, coming out and human anatomy with other LGBTQ comics during this delightful gabfest. It’s worth it for the impressions alone. 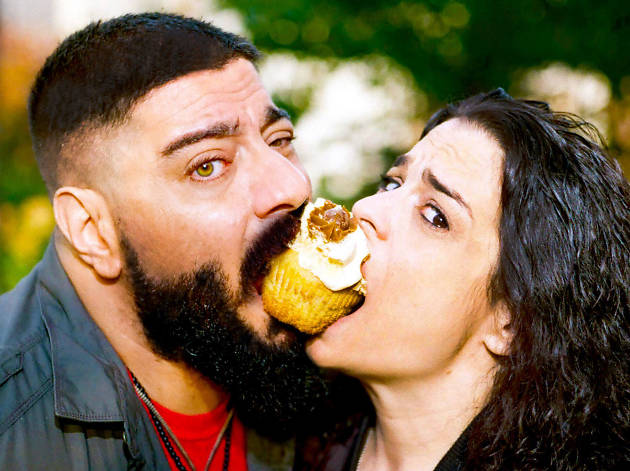 The unabashedly vulgar, shamelessly funny stand-up duo of Jessica Kirson and Frank Liotti make each other break into laughing fits on their unfiltered weekly rant session. Between tears of laughter, you'll catch real insights into industry double standards, eating anxieties, performing as a gay comedian and getting laid—and you'll certainly develop a crush. 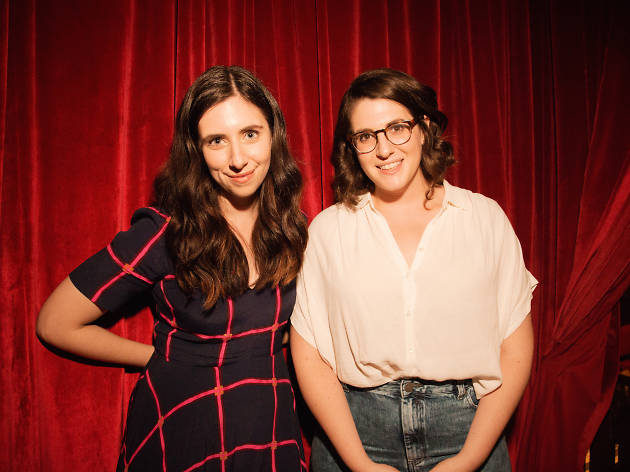 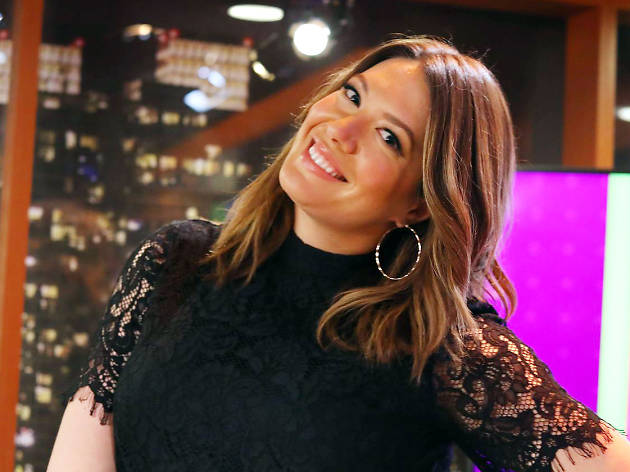 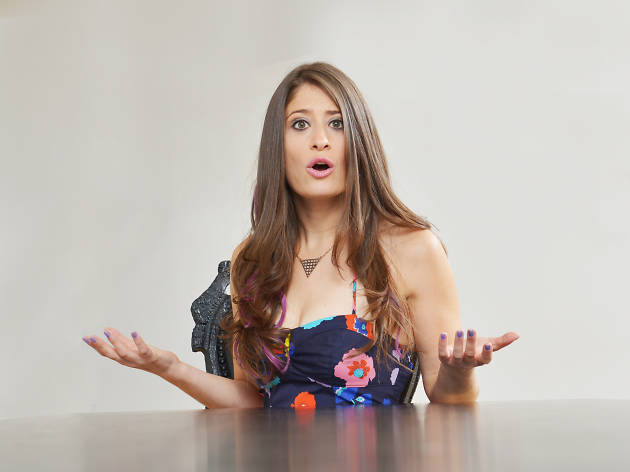 Not every stand-up is a self-destructive mess. Become a believer of shining multihyphenate Kate Wolff. The healer, poet, tarot reader, mother and stand-up welcomes a wide variety of funny guests to talk about faith, spirituality, sex and more on her edgy, challenging series.