History buffs will love this Upper West Side institution. Built in 1804, it's the oldest museum in New York City. In a nod to history, the museum kept the hyphen in its name—that’s how the city’s name was spelled back in the early 1800s. The New-York Historical Society features more than 1.6 million works that explore the history of the city and the country, including exhibits, art and historical artifacts. The Patricia D. Klingenstein Library has more than three million books, newspapers, maps, photographs and more from our nation’s founding through slavery and Reconstruction and beyond. The Gilder Lehrman Collection is also housed in the New-York Historical Society, where you can view signed copies of the Emancipation Proclamation, the Thirteenth Amendment and the Constitution. If all that history makes you hungry or thirsty, enjoy lunch or dinner at Storico, an Italian Starr restaurant, or grab a java at Parliament Espresso and Coffee Bar.

The institution opened a free exhibition mounted in the museum’s rear courtyard, “Hope Wanted: New York City Under Quarantine” on August 14. At the height of the quarantine, writer and human-rights activist Kevin Powell and photographer Kay Hickman spent two days traveling the five boroughs to interview and take photos of ordinary New Yorkers living during an extraordinary moment for the outdoor show.

Its museum and library reopens on September 11.

Don’t miss floor four
The museum recently opened the Henry Luce III Center on the fourth floor, which features a new center for Women’s History and a glowing gallery of 100 beautiful Tiffany lamps.

Bring the kids
The DiMenna Children’s History Museum is for children ages 8 to 13 and features 350 years of New York and American history through interactive exhibits and digital games. The exhibits feature New York children who lived in the city from the late 17th through 20th centuries, including Alexander Hamilton. Children under 4 get free admission to the entire museum, while kids ages 5 to 13 pay $6.

What to know
The museum stays open late until 8pm on Fridays. On a budget? On Friday nights, entry is pay-as-you-wish from 6 to 8pm. During other hours, adult tickets cost $22, seniors $17 and high school and college students $13. Be prepared to wait in line during peak hours, as there’s no express pass offered here. To beat the crowds, visit on a weekday during working hours.

Our New York editorial team is constantly updating and reviewing the best attractions, activities and venues across the city, so that you're always in the know, with the best of NYC. at your fingertips. New-York Historical Society was most recently updated with new tips on August 21, 2020. 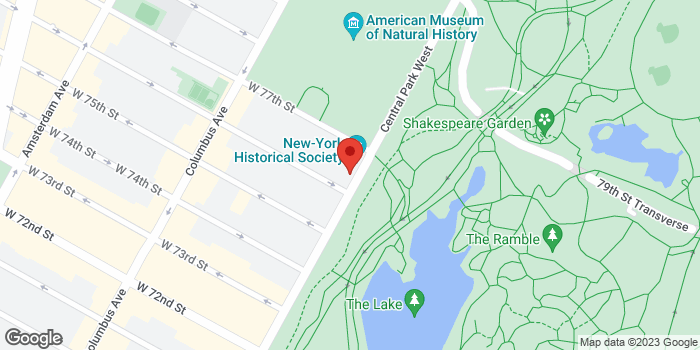 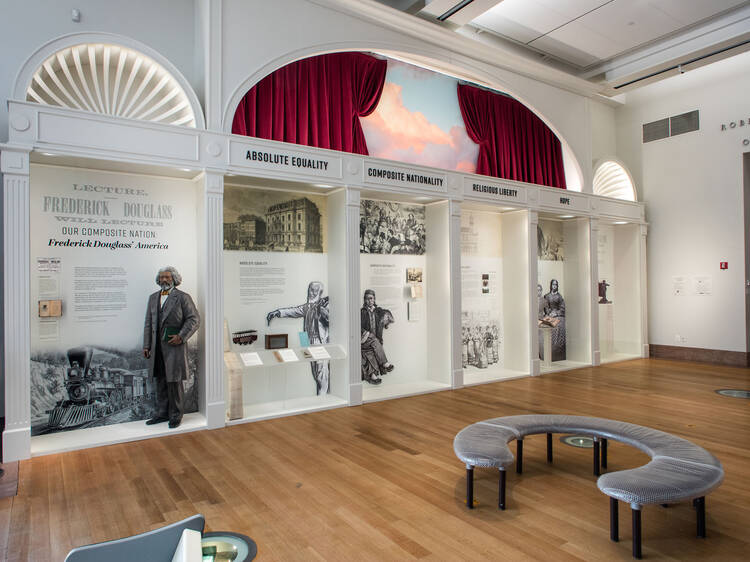 Just in time for Black History Month, the New-York Historical Society is bringing Frederick Douglass’ vision of freedom, citizenship and equal rights to life in a new ongoing special installation opening on February 11, 2022. A range of artifacts and documents illustrate Douglass’ vision, including illustrations from the popular press of the time and scrapbooks of articles by or about Douglass compiled by his sons that also documented his work to usher in a more just country. Visitors will also see speech excerpt from his contemporary, Frances Ellen Watkins Harper, who raises the question of gender in step with Douglass’ ideas about racial equality. Political cartoons and a copy of an editorial that Douglass wrote about Chinese immigrants’ right to belong in the U.S. in the Chinese American newspaper are also on view. The maquette of a statue of Douglass erected on the campus of the University of Maryland in 2015, which was gifted to the late Congressman John Lewis, is also on display and a recreation of the Douglass statue, painted to be lifelike, greets visitors to the Museum at the 77th Street entrance. The exhibit is inspired by Douglass' speech "Composite Nation" that he delivered around the country in the years following the Civil War that declared the nation's mission was to provide the world “a composite, perfect illustration of the unity of the human family.” For what was the U.S., he said, but “the most conspicuous example of composite nationality in the world?” In