Everything you need to know about visiting the Statue of Liberty Museum:
The Statue of Liberty Museum merges the grassy landscape of Liberty Island with a contemporary structure which harbors the extensive and inspiring story of Lady Liberty— culminating in a indoor-outdoor garden pavilion. The Museum will explore how and why the Statue came to be as well as how she became a symbol of freedom and hope across the world. The most notable attractions of the museum include the Immersive Theater, the Engagement Gallery, and the Inspiration Gallery (which displays the original torch as well as recreations of Lady Liberty’s face and foot).

Museum Highlights:
In the first museum experience, you’ll find yourself transported to the interior of the Statue herself in a recreation of the climb up to the crown— complete with virtual sounds of hungry seagulls and ferry horns as well as digital views of the Southern tip of Manhattan. This Immersive Theater highlights the sweeping history of the Statue— such as the sculptor’s original intention as a commemoration of the abolishment of slavery in the United States. In the Engagement Gallery, visitors will be able to learn about what took place in the warehouse where Frédéric-Auguste Bartholdi built the Statue— including observing a series of multimedia displays which evoke the feeling of being in a sculptor’s studio. Lastly, people are invited to reflect on Lady Liberty’s history and contemplate what the term ‘liberty’ means today. The original torch (which was rescued from the elements and replaced in 1986) will signify the end of the museum tour and leaves visitors with a mental image of Lady Liberty’s shining light— an enduring symbol of what it means to be American for generations to come.

When should I go?
The Museum opens to the public on Thursday, May 16, 2019 and will allow for universal access (without security clearances) to any and all visitors of Liberty Island. You can arrive and depart the Island, located in New York Harbor, via ferries operated by companies such as the Ellis Island Ferry or Statue Cruises. These ferries leave from two locations: Battery Park in Southern Manhattan, NYC and Liberty State Park in Jersey City, New Jersey. While it is free to visit the Museum, the ferries charge adults about $12 (children cost $5) for passage to the Island. The most popular time to visit the Island is during the summer— when, on average, 500 people arrive on the island every 20 minutes. In order to beat the crowds and experience the majestic Statue in all of her glory and rich history, we recommend visiting the museum during the refreshing months of spring or fall.

Can I eat and drink there?
There are concession stands on all of the ferries which sell snacks and beverages, as well as concession stands and gift stores on Liberty Island. But if you’re looking for more hearty grub, the Crown Café on the Island offers dishes such as the All-American Cheeseburger, Honey Dipped Fried Chicken, and Crispy Onion Rings— so that you can indulge in classic American cuisine while gazing at perhaps the most classic American monument. There are also an array of paninis, salads, pizzas, and sushi rolls on the menu.

What else can I see and do here?
Ever since the September 11 attacks, the National Park Service has been much more careful about allowing people to enter the Statue’s colossal stone pedestal, as well as the crown. In fact, 80% of the over 4.3 million visitors are not able to gain access to the interior of the Statue. This new museum will give all island-goers the opportunity to experience and understand Lady Liberty’s history— without the need for additional advanced registration or tickets. However, if you’re keen to ogle at the staggering view from the crown, you can reserve tickets on the Statue of Liberty website which guarantee access to either the Statue’s pedestal or crown. These tickets range from $25.50 to $28.50— but they also include ferry access to Liberty Island as well as Ellis Island.

What to do nearby:
If you are looking to fully immerse yourself in America’s history, take a trip to Ellis Island, which is not very far from Liberty Island. In fact, many ferry tickets include stops at both of the islands. On Ellis Island, you can visit the Ellis Island Immigration Museum and learn about how the Island served as America’s busiest immigration station from 1892 to 1954. Read more about Ellis Island here.

Where to eat and drink nearby:
Check out the Crown Café on Liberty Island.

Our editorial team is constantly updating and reviewing the best attractions, activities and venues in New York, so that you're always in the know, with the best of NY at your fingertips. This page was most recently updated on May 21, 2019. 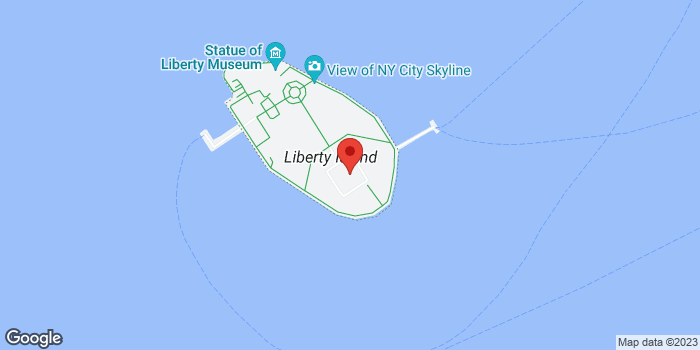