You’d be hard-pressed to find a connecting thread between hip-hop beatmaker Metro Boomin and avant-classical guitarist-composer Glenn Branca, if it weren’t for the annual Red Bull Music Academy. Starting Friday, April 29, the three-and-a-half-week series hosts musicians from a diverse range of genres at conversations, installations, and concerts in NYC, often in one-off configurations and unlikely venues. Branca airs his symphonies in Chelsea’s historic Masonic Hall on Monday, May 16, while Metro Boomin joins fellow producers Sonny Digital and Zaytoven for a party at Meatpacking club the Lively on Saturday, April 30 (and all the aforementioned artists will also hold discussions about their work). Other rare bookings include a performance by gothic vocal talent Diamanda Galas, a cross-generational bill bringing together rising jazz star Kamasi Washington and legends Pharoah Sanders and the Sun Ra Arkestra, and a gospel–house-music mash-up featuring minimal techno innovator Robert Hood. If you’re unfamiliar with some or all of that, consider the series your chance to discover new sounds. Here are our favorites from the 20-event calendar to get you started. 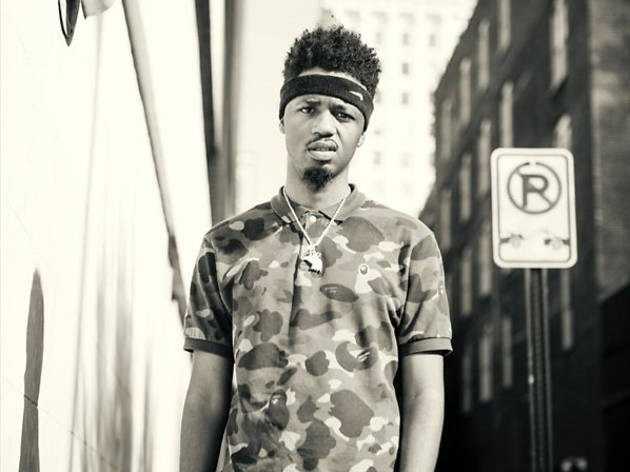 Hip-hop producer Metro Boomin’s stock has risen in the last few months due to a prominent Life of Pablo shoutout. But regardless of his meme-ability, the Atlanta artist—along with frequent collaborator Sonny Digital and fellow Atlantana Zaytoven—has earned a place among the hottest names in rap. The three have produced tracks for Future, Drake, Gucci Mane, Migos, Young Thug and Makonnen—and you can expect to hear a healthy dose of those hits here at this party.

Long before Drake discovered the work of Skepta and the Boy Better Know crew, U.K. MC-rappers were mixing elements of drum and bass, U.K. garage and dancehall to create grime. Along with legends such as Wiley and Kano, Rascal laid the foundation for the genre with his 2003 Mercury Prize–winning debut, Boy in da Corner, which features classics like “I Luv U” and “Wot U On?” Here, Dizzee performs it in full for the first time ever.

One of New York's most authentic underground parties combines forces with Amsterdam's Dekmantel at this not-to-be-missed RBMA event. Founded in 2003 by Bryan Kasenic, the Bunker has organized some of the most memorable techno parties in the last decade of NYC nightlife. The collective has expanded on a global level with events outside of NYC as well as its record label, releasing music from artists such as Voices From The Lake, Donato Dozzy and Atom™. Dekmantel's contribution to the European techno scene is immeasurable—with its legendary parties, annual festival and releases far-reaching. Dekmantel's Joey Anderson, Juju & Jordash and Palms Trax will perform with support from the Bunker's Kasenic and affiliates Antenes and Clay Wilson. 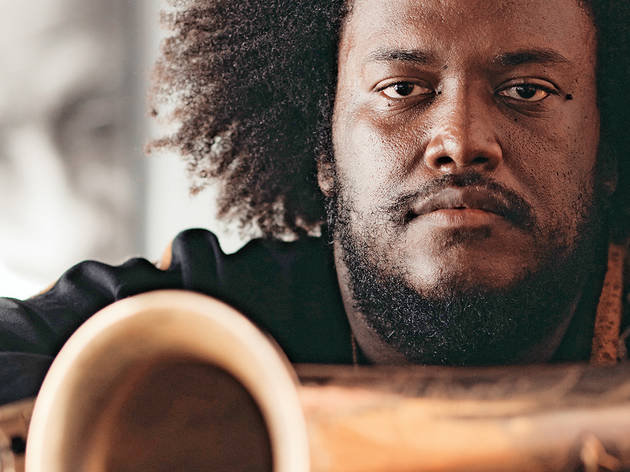 Sax-playing bandleader Kamasi Washington leads his ensemble through the soulful jazz-funk of his three-disc debut, The Epic. Here the rising star pairs with two legends of the genre, Sanders and the long-running Sun Ra Arkestra. 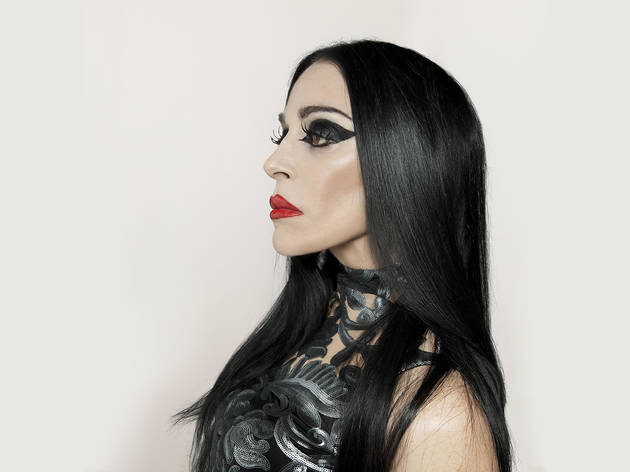 It’s been 10 years since haunting chanteuse Diamanda Galás last performed in NYC and 25 since her infamous Plague Mass at the Cathedral Church of St. John the Divine, which took the Roman Catholic church to task for not addressing the AIDS epidemic. A powerful pianist with a three-and-a-half-octave vocal range, Galás is nothing short of intense, whether she’s screaming a Greek song of mourning or moaning an old Blind Lemon Jefferson blues music tune. The former St. Thomas the Apostle Church. May 10, May 12 and May 14, 8pm. 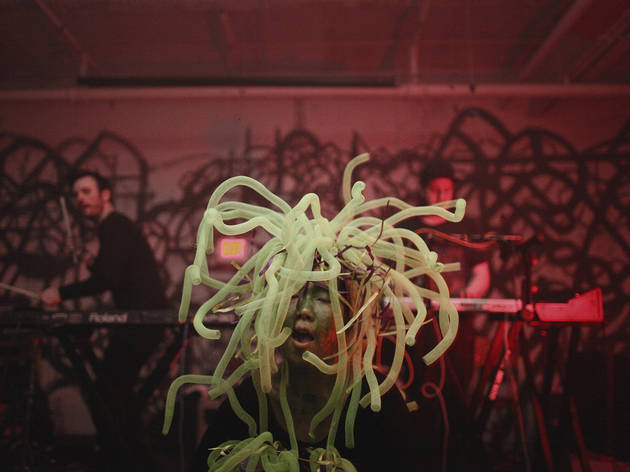 This showcase offers an immersive Intro 101 course on the exciting local artists making Brooklyn’s DIY warehouse scene such a vital part of New York nightlife. Young masters of house music Anthony Naples and White Material’s Galcher Lustwerk have a sixth sense for mixing smooth, danceable beats, while Discwoman’s Umfang and Volvox reach the far edges of the techno universe. Experimental live sets from Aurora Halal, Bookworms, Ital, Via App and the techno-trio DUST (pictured) explore hardware’s alien sounds, and 1080p’s Max McFerren rounds out the bill with his own take on future house. 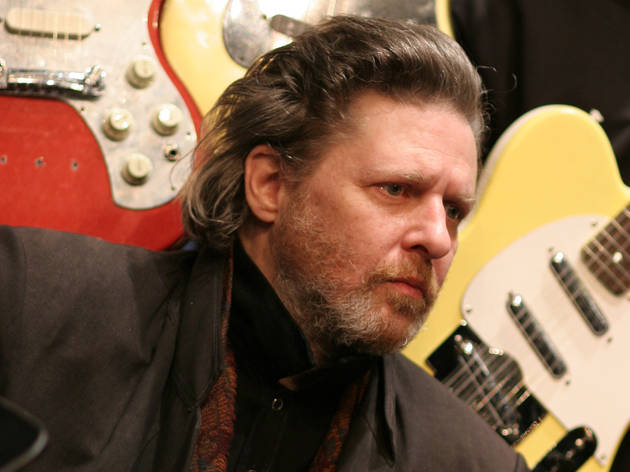 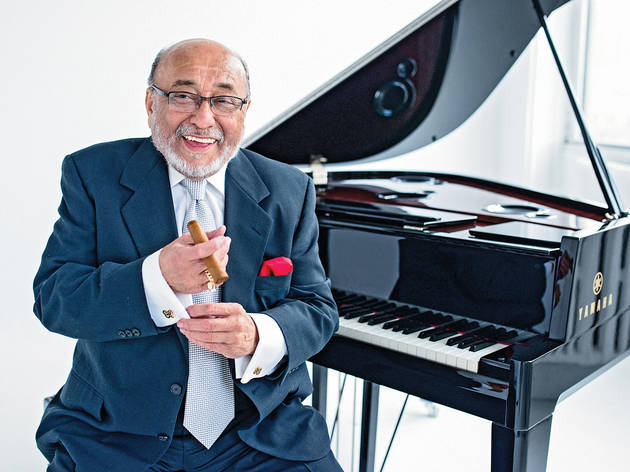 The jazz keyboardist celebrates the 45th anniversary of his landmark 1971 Latin funk record, which clocks in at a trim 31 minutes. The album memorably combines psychedelic funk, Cuban jazz, free-flowing grooves and socially conscious lyrics into a representative portrait of early ’70s New York City. While Palmieri still gigs regularly, here’s a rare chance to see him in a retrospective mode. 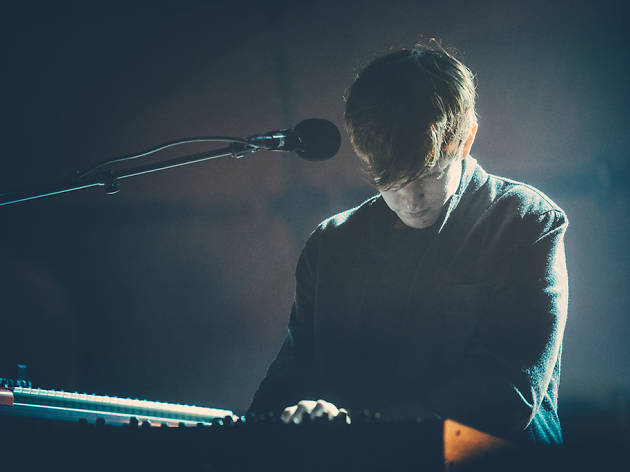