Shamir Bailey recently turned 23, but he’s over being young.

“I can’t wait to be in my thirties,” he says. “We’re the hustle generation. Most of my friends have two, three side hustles, same as me.” Music has been Shamir’s main hustle since he burst out in 2015 with the acclaimed dance-pop album Ratchet. Since then, he’s matured through a series of personal and professional tribulations. In April, after moving to Philadelphia and parting with his former label and management, he self-released a surprise follow-up called Hope, a lo-fi project created in one weekend during what he calls a manic episode. A few weeks later Shamir was hospitalized and diagnosed with bipolar disorder. He returned home to rural Las Vegas for a few months to work on his mental health. There Revelations was born—his latest album, which employs cathartic rock narratives of generational unease and healing.

Before he brings his newfound sound to Brooklyn this week, we talked to Shamir about being healthier, more self-aware and leaving behind electronic pop.

How did making Revelations compare to your previous album, Hope?
Hope was a breaking point, a pallet cleanser. That whole record is just filled with anxiety and uncertainty, where as Revelations is learning how to deal with it. Hope doesn’t even sound like an album. It was the beginning of a manic episode and had I not made it I wouldn’t have been diagnosed and able to get my mental health together.

Did you intend on making a new album when you went home to Las Vegas?
Revelations was a form of therapy for me. Writing it made me come to terms with my life as it is now, which is very different from before. And it was made in Vegas, [where I didn’t] have much to do and was locked up in the middle of nowhere. I saw it as an outlet. Having a psychotic episode really changes you. After that episode I promised myself I’m going to do things my way and [do] what makes me feel comfortable.

Why was it important to be candid with your fans about your mental health?
I think it’s important to be very open with the people who look up to you so they know they’re not the only ones who feel this way. The grass isn’t greener here—you’re not alone. I’ve always been very open from where I am mentally, emotionally, politically, everything. I think as a fan first and not as an artist. What would I want my fave talking about? 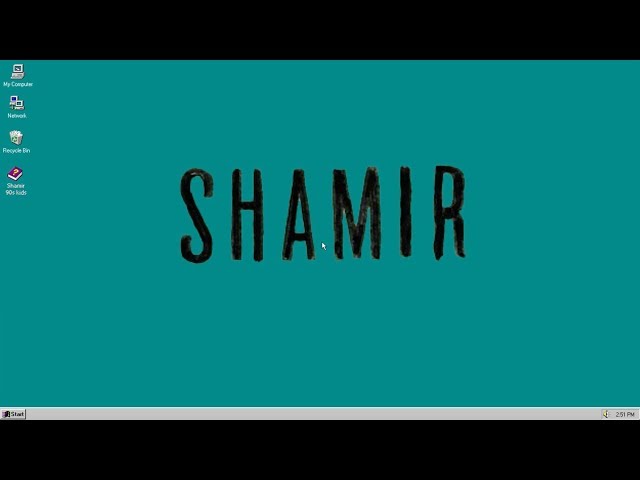 Can you talk about the song “90’s Kids” and the idea behind the meme-filled music video?
It was written with my best friend since the eighth grade. It’s [about] very universal millennial struggles. I think a lot of the lyrics are funny and very bleak at the same time. The video was a no-brainer for me. What’s the way us millennials express frustrations in a low-key way and try to make it funny? Memes. People think memes are stupid, but a lot of them hold a lot of truth.

It seems to highlight the dialogue older generations have about millennials—how we spend all our money on avocados.
One thing that frustrates me that I see in a lot of the reviews: “That song reads like a BuzzFeed article.” That’s the point. It’s supposed to sound like one so you can realize how stupid it is [that] all these people are talking about how I’m not going to be able to buy a house because I like gluten-free avocado toast. It’s to show you the absurdities. Hello—life imitates art.

Was there a song that was difficult emotionally for you to write?
“Straight Boy.” It was dealing with the loss of half of my friends [during psychosis]. I was very vulnerable and in the hospital, and none of them would check on me. When I would hit them up they just wouldn't respond. Along with therapy, it took a lot for me in terms of moving forward and appreciating the friends and family I do have [who] for the most were all female or LGBT.

Can you expand on the “Straight Boy” video and how you took it down after discovering sexual assault allegations against the director/actor?
The person in the video wasn't someone that I hired, I considered that person a friend. I found out [about the allegations] on a YouTube comment. I confronted him about it and he was very nonchalant. I was like I'm going to sleep on it, maybe he'll say something. He didn't and that's when I made my statement and there was an outpour from women that came forward. I think in a weird way it was fate because it brought to light this whole situation. I don't regret doing the video for that reason. The only thing I regret is thinking of him as a friend.

What would you like people to take away from Revelations?
What they need to take from it. I don’t think I make music for a specific audience. I make music for people who need it at that point in time. If Revelations is not resonating with you, I’m sorry, but I guess it’s not for you. I don’t think there’s been anyone who’s lukewarm about the record—[they] either love it or hate it, and I’d rather have it that way.

I saw fans on Twitter complaining about your choice not to perform dance songs from Ratchet on this tour. Is that frustrating?
I think the only frustrating thing is a lot of the people who are attacking me for not doing dance music are usually from the LGBT community. I think this record speaks on the queer experience much more than the dance stuff. There's not too many indie-rock songs that speak on the queer experience. [Indie rock is] what I listen to but I wasn't hearing about my experience. This record is for someone like me who's younger, who likes the type of music but not hearing their story. The irony of the whole thing is Ratchet was produced by a straight white dude.

What would you like to personally get out of this tour?
I'm excited to play guitar. My favorite thing about Ratchet is that whole era was out of my comfort zone and I proved to myself that I was able to be successful. I think a lot of people who knew me before would never imagine me getting on stage without a guitar.

It seems like Ratchet helped you get to this truer point in your music now.
I think I would have been much more frustrated if I did start with the music that I really wanted to do. I kind of got my pop taste out of the way so now I can convey what I want.