Though the neighborhood isn’t generally known for hip clubs, Susanne Bartsch's long-running soiree, Vandam Sundays, at eco-themed Greenhouse is among the area’s best nightlife options. You can catch a gig at winery-cum-venue City Winery or global-music hot spot S.O.B.’s. Start (or end) your night at one of the area’s best bars. 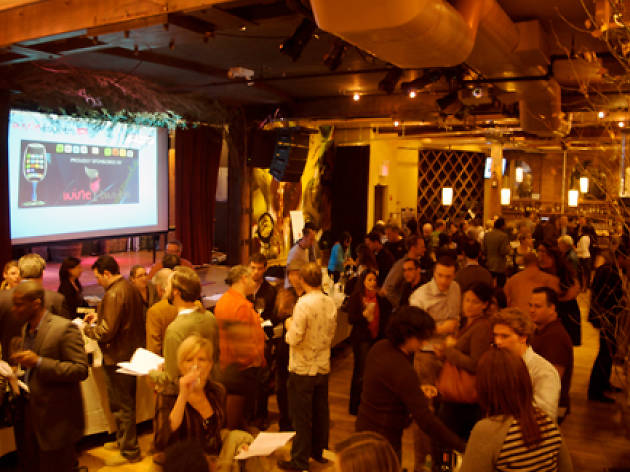 Unabashedly grown-up and yuppie-friendly, this slick new club launched by oenophile Michael Dorf, founder of the Knitting Factory, is New York’s only fully functioning winery, as well as a 350-seat concert space. Acts tend to be on the quiet side, but that doesn’t mean the shows lack bite. Younger singer-songwriters like Keren Ann and Diane Birch have appeared, but the place is dominated by older artists (David Johansen, Los Lobos). 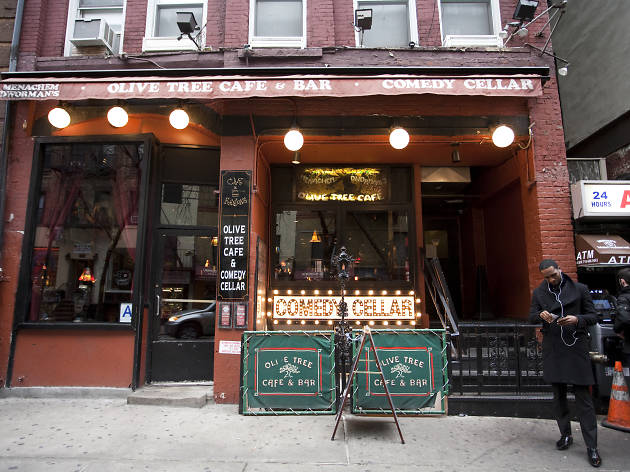 Claustrophobes, beware: It gets crowded down here, especially on weekends, thanks to the immense popularity of this Village standby. Big names from Louis CK to Aziz Ansari will just drop by for a set and on any given night, you can expect to see other local greats whose acts are more X-rated than at other clubs (and who will distract you from your bachelorette-partying neighbors). 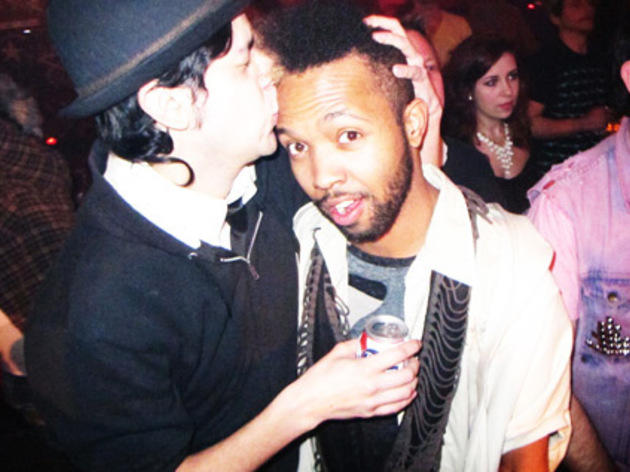 Smack in the middle of the exclusive-club district, on the western end of Spring Street, is a rock & roll throwback to the days when girls wore their hair big and boys wore tapered pants and snapped their fingers. Velvet-rope discos be damned—this metal-head (or would that be mullet-head?) mecca allows you to dance to the best of the ’80s bands. Saturday is Britpop night. 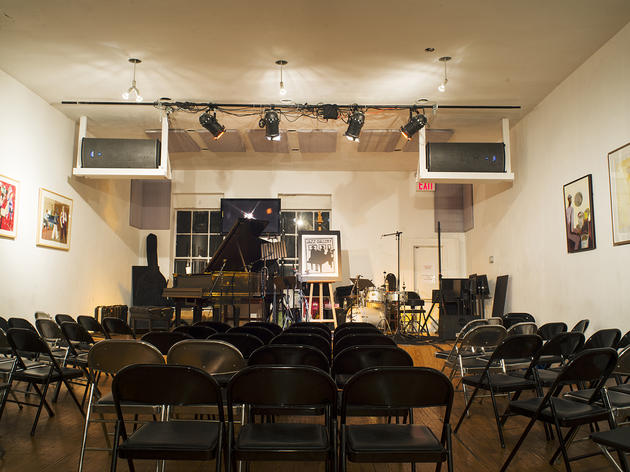 It’s a tad snug, but the acoustics at this jazz haunt make it a prime place to get intimate with the music. The Jazz Gallery’s weekend showcases have become draws for folks like Orrin Evans, Jason Lindner and Vijay Iyer. 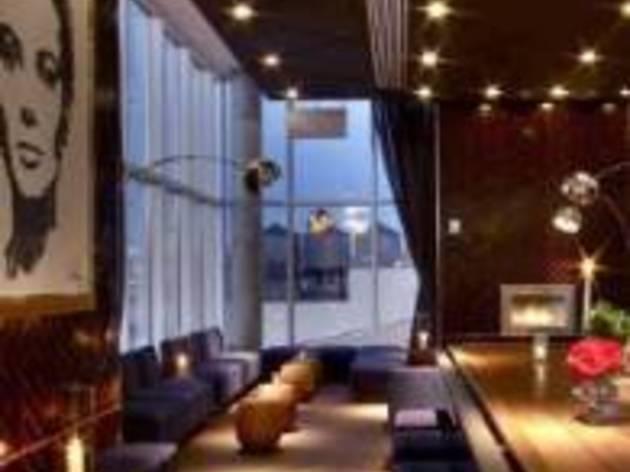 JIMMY is the perfect spot in Soho for an after-work or pre/post dinner cocktail, set 18 floors high atop The James Hotel. Jimmy is a contemporary interpretation of the classic pub, with a 1970’s New York twist. The atmosphere is intimate and refined, with lingham wood floors and swank modular furniture—all surrounded by 14’ windows with panoramic views of Midtown, Wall Street, the Hudson River, and the bridges spanning the East River. Unlike typical rooftop bars, Jimmy is a year-round destination. 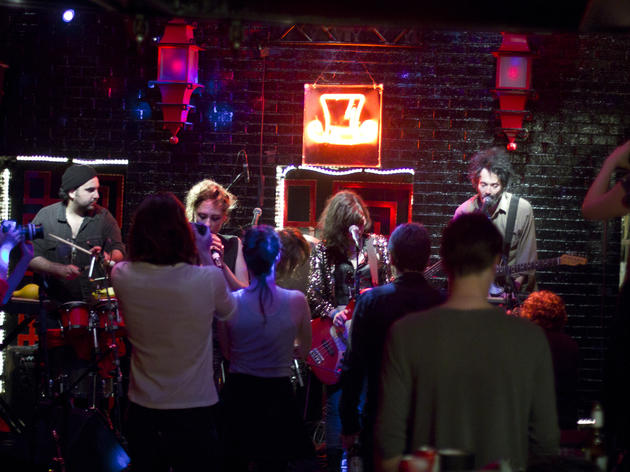 Nightife kingpin André Saraiva (the man behind Beatrice Inn, among other venues) has set up a velvet-heavy branch of his Parisian boîte, Le Baron, in an unlikely Chinatown setting. 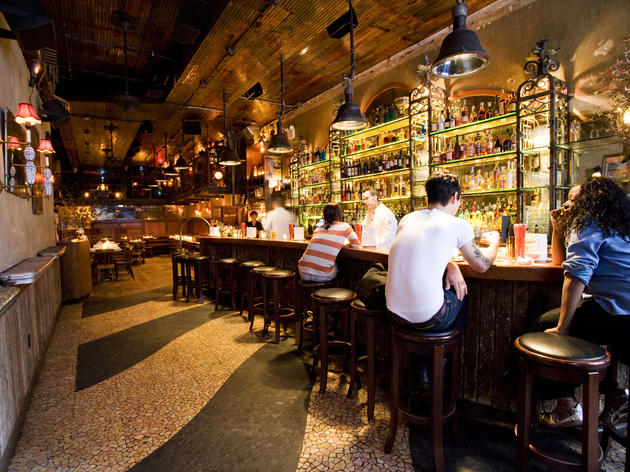 Macao Trading Co. covers two floors offering both a spacious dining room upstairs and an intimate lounge downstairs. The cuisine represents the blend of Chinese and Portuguese cuisines found in the once independent colony of its namesake. Located on Church St, at the edge of Tribeca, Macao’s décor is a dramatic composition of lighting, relics and industrial iron work. The high ceilings and tucked away location provide a fitting setting for the restaurant’s 1940s portside warehouse feel, recalling the adventure of Macao’s "red lantern district." 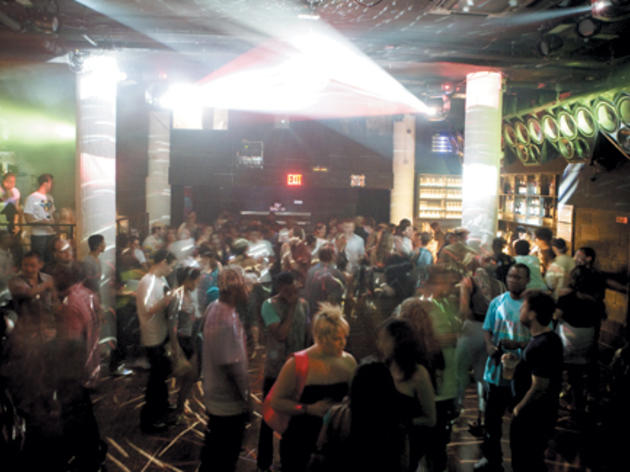 Launched by a team that includes rocker Andrew W.K., Santos is committed to resuscitating the downtown area's underground scene, with top spinners of off-kilter house, cosmic disco, funk and soul regularly taking to the decks. Both floors are basically black, square rooms done out in a bare-bones, generic club style but don't be put off. The club books a mixture of danceable DJs and a smattering of metal, hip-hop and indie-rock acts. 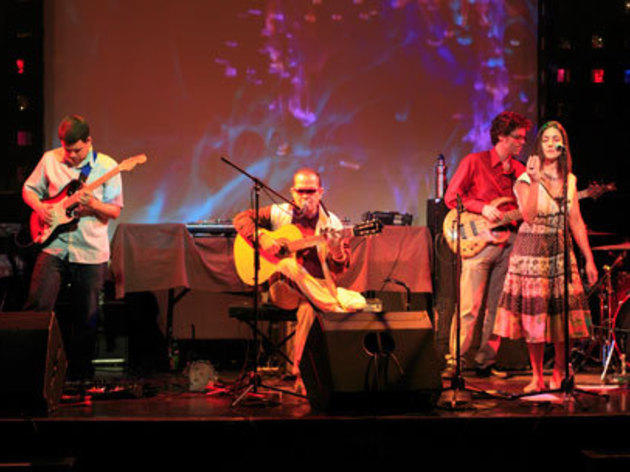 The titular sounds of Brazil (S.O.B.—get it?) are just some of the many global genres that keep this spot hopping. Hip-hop, soul, reggae and Latin beats all figure in the mix, with Seu Jorge, Zap Mama and Wyclef Jean each appearing of late. The drinks are expensive, but the sharp-looking clientele doesn't seem to mind. 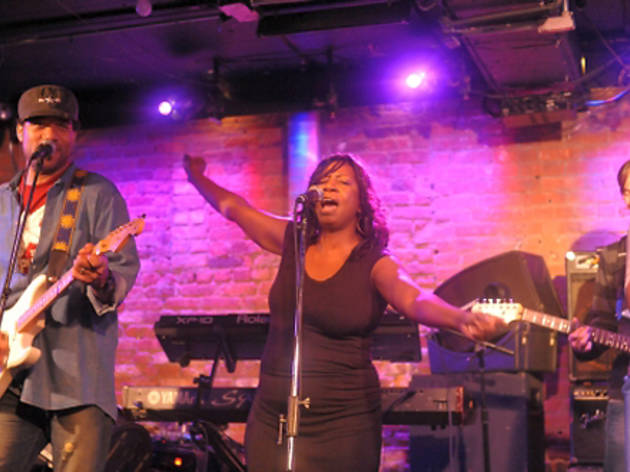 Vintage rock, R&B, funk, reggae and soul rules the roost at the former home of the storied club Folk City, with a smattering of world-music and country acts to keep things lively. Cheryl Pepsii Riley hosts a Monday-night jam, there's belly dancing on Tuesdays and a long-running open mike on Sundays.