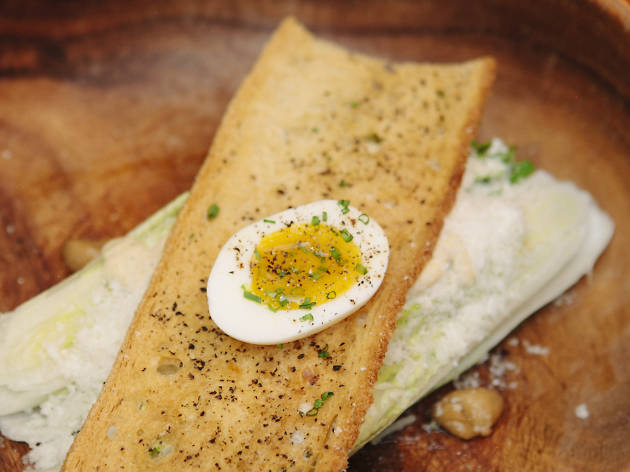 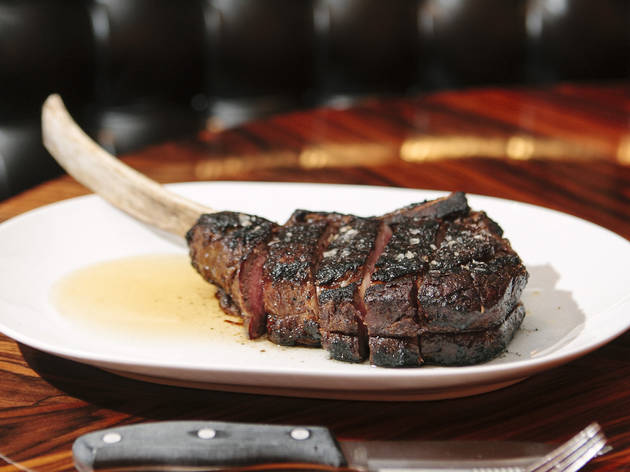 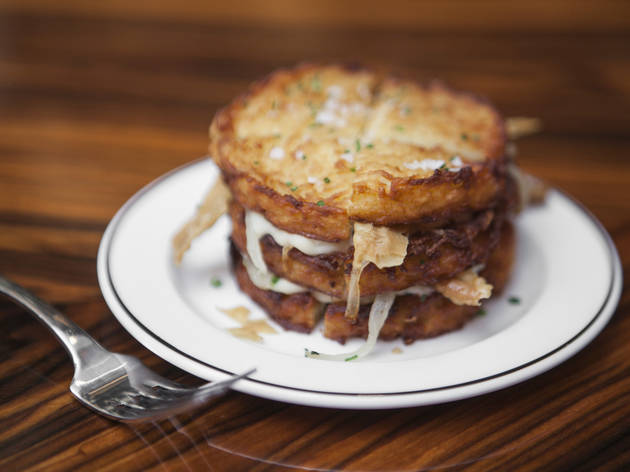 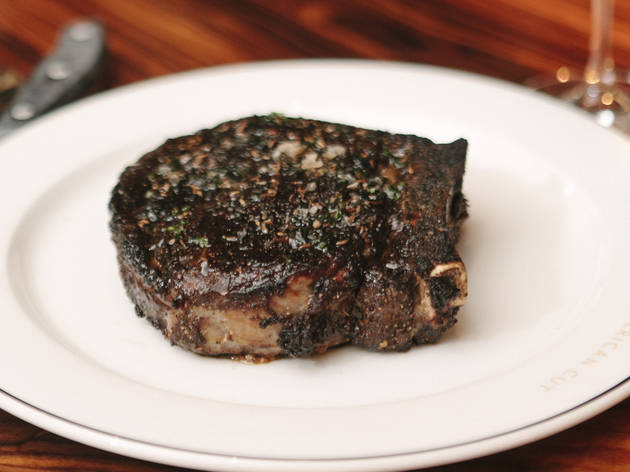 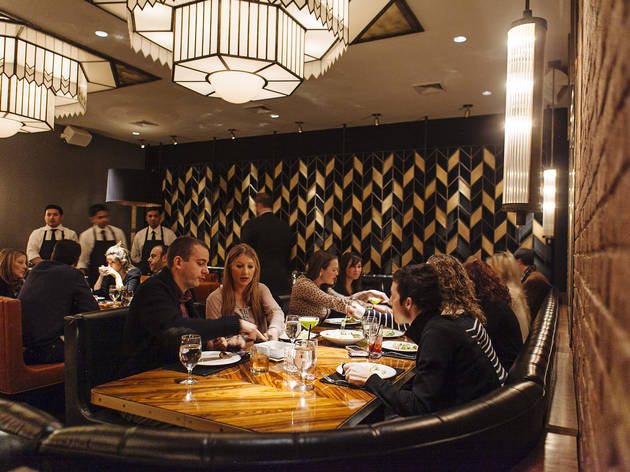 New Yorkers pride themselves on playing it cool with celebrities; to stroll past Beyoncé and baby Blue Ivy without breaking stride is a badge of honor. So when our hometown chefs nab screen time, it’s customary not to fawn. In a city brimming with kitchen rock stars, it takes a lot more than a Food Network show to attract attention.

At American Cut, Iron Chef Marc Forgione isn’t turning heads so much as laying down a safe bet. Unlike his other recent debut—Khe-Yo, the city’s first Laotian hot spot—his brassy Tribeca steakhouse delivers more of the same to a city already pumped up with marbled meat and Barolo. A spin-off of his Atlantic City original, it’s a playpen for high-rolling carnivores, suffused with wafting scents of singed fat and smoke-laced bourbon. The vast Art Deco space glimmers and glows, with shiny inlaid marble below, and brass chandeliers above. Burnished rosewood tables big enough for a poker game await hedge-funders eager to go all in on beef and booze.

The menu caters to lily gilding, inviting you to top any of its wet- or dry-aged steaks with bacon ($6), foie gras ($18) or an entire Singapore-style lobster ($27). If you’re keen on embellishments, you’ll want the bone-in rib eye that’s Katz-ified into a smoky, spice-crusted pastrami steak topped with caraway butter ($44).

Simplicity also earns its keep in this temple of gluttony. Chopped tableside, Caesar salad ($14) inspired by the Tijuana original impeccably balances sharp Parm and creamy yolk. An unadorned Creekstone rib eye for two is striped with quivering fat and cloaked in a Maldon-flecked char as spectacularly crunchy as a Pringle. The steak joins Forgione’s signature hairdo as one of the better tomahawks in NYC, but at $135, it better.

Mostly underwhelming sides sometimes show the grace of modesty in a restaurant dripping with excess. Thinly sliced potatoes ($10) forged into a fancy brick are dressed with dry-aged beef fat and lardon. But the showy spuds aren’t as good as a humbler stack of crisp, tender latkes ($10) scattered with shards of fried chicken skin.

With its swaggering more-is-more ethos, American Cut gladly fosters the kind of reckless machismo that leads to wicked hangovers and a tinge of buyer’s remorse. Its fat-wallet fare offers some decent payouts, but in the end, a meal here feels like paying for a trip to Vegas and winding up in Atlantic City.

Behind the bar: The cocktail menu features amplified takes on classics, like a Negroni in which each component is aged in a wine barrel, or the signature old-fashioned whose glass is infused with maple smoke.

Vibe: A new power-meal mecca where “one more drink?” is a rhetorical question

Soundcheck: Boisterous as a craps table