Last summer, Anita Lo’s ten-year-old West Village flagship, Annisa, was shut down following a fire. Earlier that year, its casual spin-off, Bar-Q, had opened and closed after a critical drubbing. Meanwhile, Lo’s Rickshaw Dumpling Bar chain had contracted to a single location. Sometimes, bad luck is the creative kick in the pants one needs.

Stripped of distractions, Lo has spent the past year rebuilding Annisa—recently reborn from the rubble—into a restaurant once again worthy of citywide buzz. The understated jewel box, as sparely appointed as a Japanese rock garden—with a brittle branch in one corner and a few tropical fronds in another—isn’t any flashier than it used to be, but the food is more exciting than ever.

Lo’s menu, a mercifully brief and balanced departure from the zeitgeist, isn’t lopsided with pork, or burdened with extraneous side dishes or snacks. The compositions, often inspired by the chef’s own eating adventures (in 2009 she was crisscrossing the globe), are so intensely personal, they seem to exist in a vacuum. While her colleagues, in collective retrenchment, all appear to be stuck in the same comfort-food rut, Lo takes a singular stand for old-fashioned refinement.

While a few signature items predate the inferno—her Sino-French spin on soup dumplings, with molten foie gras in the center and seared foie on top, are too dazzling to retire—most of the menu is entirely new. Lo’s food, complex and audacious, is unlike any other you’ll find in New York. A tuna starter appears simple enough—grill-marked belly on one side, shimmering tartare on the other—but when they hit your taste buds, the real adventure begins. Yuzukosho, a Japanese condiment made from hot peppers and yuzu, adds a subtly spicy citrus note to the tender belly. The tartare is also swaddled in unusual accents: cod roe, cucumber gelatin, yellowfin marrow—a saline medley, the pure taste of the sea.

The chef, a precise technician, shows particular panache with the Japanese canon. Her chawan mushi (no longer on the menu), the savory Japanese custard, is also brilliantly tweaked—with fresh lotus root and spring morels folded into the dashi and eggs—and sea urchin and more morels (delicately fried like tempura) draped over the top.

Her wanderlust contributes exotic grace notes to dishes like her lamb entre, an homage to South Africa that distills the flavors of Cape Town into an elegant package. Two gorgeous rack chops accompany a house-made tamarind chutney with butter-glazed baby turnips and what must surely be New York’s first upmarket bobotie (the classic South African ground-lamb-and-egg casserole), debuted in time for the World Cup.

Meanwhile, the most formal dishes showcase Lo’s reverence for French technique: The truffled veal jus, oyster cream sauce and brown butter surrounding a veal entre are clearly the products of an expert saucier. That they somehow complement one another—drizzled on and around gorgeous pink veal loin, crisp sweetbread nuggets and warm velvet oysters—is also testament to a formidable palate.

Lo runs the pastry department, offering desserts as nuanced as everything else—crispy beignets filled with warm salted butterscotch; a beautiful malt-and-chocolate triumvirate with chocolate-almond pudding, malted-milk poivron (a crumbly cake from the Philippines) and a frothy malt shake. The candied ginger, minted chocolates and mini passion fruit Popsicles that follow as a petit four finish are, meanwhile, as smartly conceived as the restaurant revival itself. They’re not extraneous baubles—you won’t find any of that here—just tiny bites that leave a memorable taste in your mouth.

Drink this: A light, crisp Mas de la Dame Provence ros ($32), among the most reasonably priced wines on the moderate list, makes a fine summery bridge between meat and seafood.

Sit here: A modest menu of nibbles is available at the small bar. None of the seats face the wall, so there’s no bad placement in the dining room. 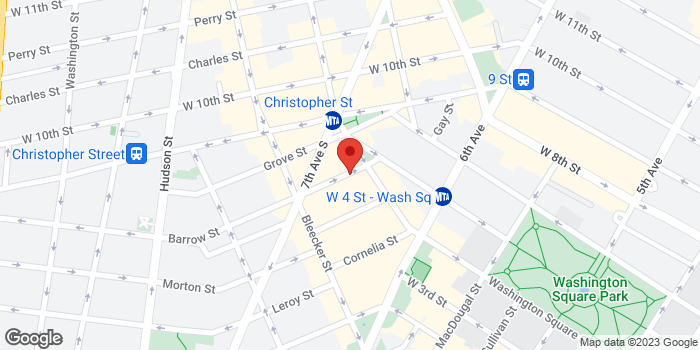