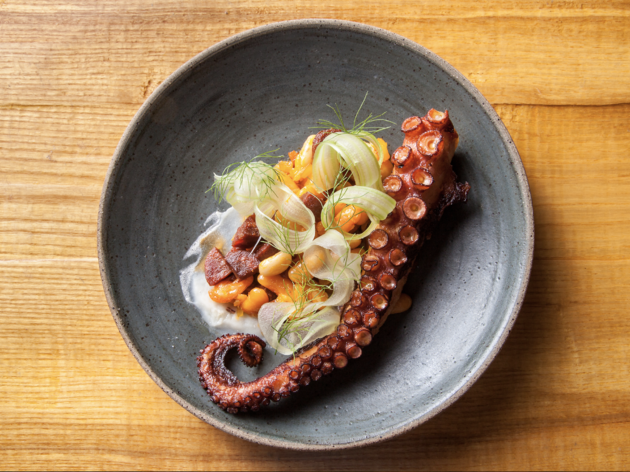 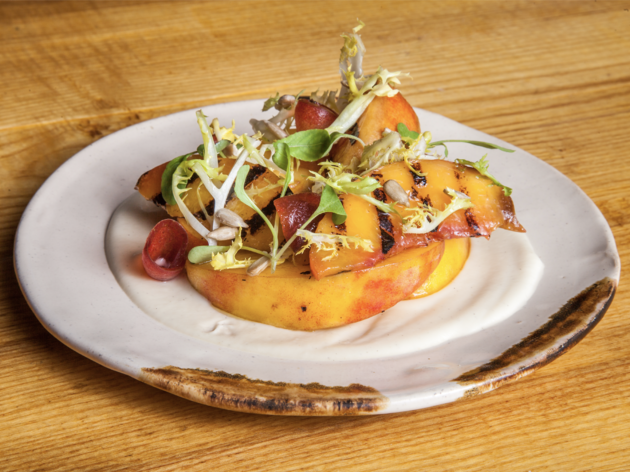 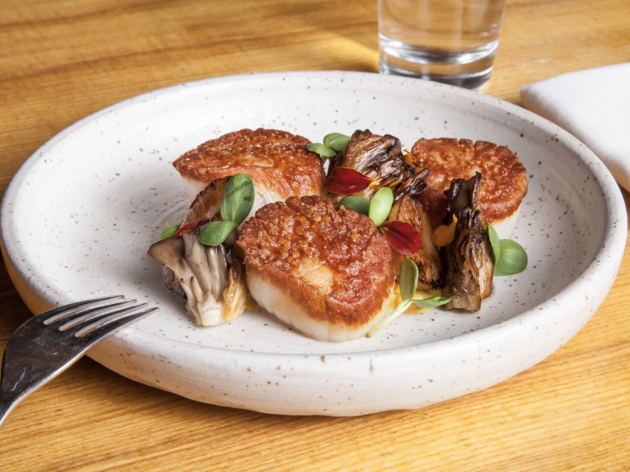 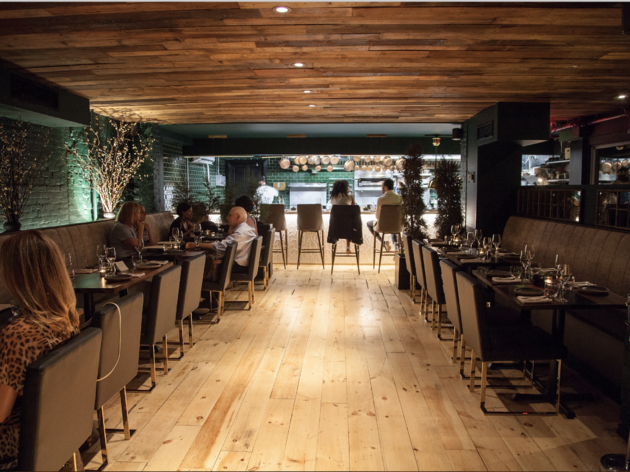 Ardyn appeared to be a hopeful turn for a tumultuous stretch of 8th Street plagued by open storefronts. We were drawn in by this new Greenwich Village restaurant’s romantic aura.  With its low ceilings and dark-green walls, the space felt more cavernous than the Forest of Arden in Shakespeare’s As You Like It, but we wanted to give it a chance. Everything is plated elegantly, with brushstrokes of sauce and precisely placed  garnishes. An appetizer features a lonely but delicious, ricotta-stuffed fried squash blossom ($16), surrounded by rolled zucchini you might find at a summer picnic spread. The stone-fruit salad ($17) was pleasant but the purée of vanilla and sunchokes was muted. An heirloom-tomato salad ($16) needed salt.

The press has perhaps unfairly overlooked the opening of Ardyn. Co-owners and chefs Adam Bordonaro and Ryan Lory didn’t cut their teeth at trendy restaurants but instead pull their experience from Fig & Olive and Charlie Palmer. It also doesn’t help that the cuisine is billed as “seasonal,”  a farm-to-table cuisine that, however  lovingly made, does not typically give a restaurant an identity. It’s unclear whether the menu hopes to innovate the fine-dining format, which, much like the play, satirizes the pastoral while delivering on those same conventions.

While first courses flail,  the Spanish octopus ($26) with chorizo and white beans is worth trying; for one thing, the tentacles are moist without being gummy with some balanced heat from the meat.

Overall, the main courses could benefit from more plant-based options, especially given Ardyn’s branding built around greenery. Still, the best dish was the buttery New Jersey scallops ($27), served with sunchokes, corn and maitake mushrooms. We fought over the last bites.

On a recent visit, getting people through the door seemed like a nonissue. Nevertheless, if all the world’s a stage, the food may need to revise its next act to become a neighborhood go-to with real longevity.