Over-the-hill institutions rarely improve with a few superficial nips and tucks. So instead of a minor face-lift and menu upgrade, Hoffman (who retained the lease on the space) swapped out the iconic Savoy for a more accessible spot, smartly leveraging the following he’d built among a less spendy crowd at his four-year-old Avenue B tavern, Back Forty. At its sibling, Back Forty West, the chef takes the same casual concept to an ambitious extreme, pairing identical prices and a relaxed drop-in vibe with a more expansive selection of good food and drink.

Like any sage mentor, Hoffman has been grooming successors for years. He’s installed one of them here, shifting his Back Forty protégé Shanna Pacifico across town to help run the new spot. Her menu of small and large shareable plates is unconventionally laid out by delivery medium, with snacks and starters to consume with your “hands,” “spoon & ladle” soups and stews, and “fork & knife” proteins and vegetable sides.

The duplex space has been reconfigured to fit the anything-goes format, trading in Savoy’s upscale polish for a much more rustic look, with rickety shelves on the ground floor across from a wall stripped to its concrete base, and upstairs a sentimental hodgepodge of homey mementos (crafty ceramics, mismatched paintings, a decorative quilt).

The eclectic menu, meanwhile, effectively riffs on a hit list of hot-right-now food trends. Gastropub standbys include a robust Welsh rarebit—the Anglo classic of beer-enriched cheddar melted on toast—served here with a vinegary salad of frisée and apples. Pig’s-head nuggets, a nose-to-tail snack, are so unctuous, they’re almost liquid inside. And sticky pork riblets, mopped in a beer-and-vinegar marinade, tick off two New York obsessions at once—mixing Southern barbecue with Southeast Asian spice via a Thai-style side salad of long beans, ginger and peanuts.

The globe-trotting bill of fare is not nearly as disjointed as you’d expect it to be, with dishes connected across cultures through seasonal links. The sprightly herbs in a bright salsa verde served with beautifully smoky house-cured barbecued brisket are also key ingredients in a Brazilian-style seafood stew, a generous mix of squid, shrimp, mussels and clams in an herbaceous coconut-milk-and-green-chili broth.

A sweet and tangy cornmeal cake dessert, topped with blood orange, offers more of the sort of good, simple, seasonal fare that’s become the norm in new New York. At first blush, Back Forty West may look like many of the locavore spots proliferating around town these days. But Hoffman—who works the dining room as an affable host—is a dynamic reminder of where it all began.

Drink this: The complex cocktails include the stirred Padre Friar ($14), a beautifully balanced mix of smoky mescal and reposado tequila with an orange peel and Carpano bite. On the wide-ranging beer list, you’ll find a few offbeat local brews, including the Greenport Harbor Super Freekeh ($6), a smooth amber pour made with roasted green wheat, designed by Hoffman and his executive chef.

Sit here: There’s seating to fit any mood, with intimate two-tops, barstools and communal tables spread over two floors. But the four-top on the ground level, with a window view into the kitchen, may be the best perch in the house.

Conversation piece: For big groups—from 8 to 50—the restaurant offers order-ahead large-format feasts, with prices beginning at $275. Current options include a whole haunch of harissa-rubbed lamb, an entire pulled-pork shoulder or a big hunk of smoked goat, all served with sides and dessert. There’s family-style punch with white rum, Aperol and sparkling wine ($60) to kick things off. 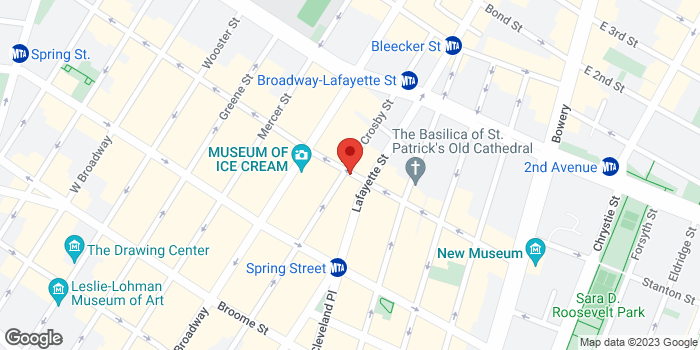