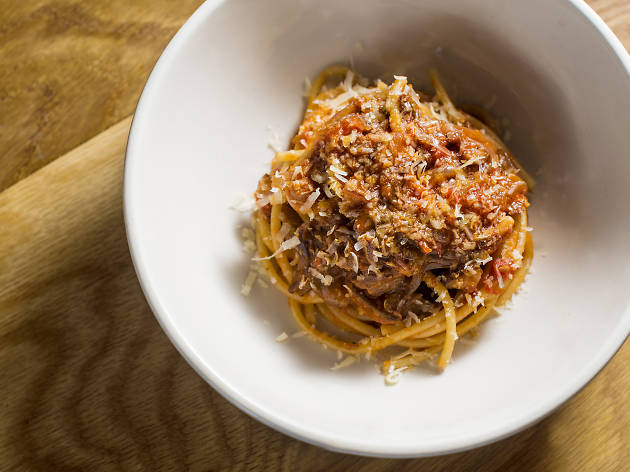 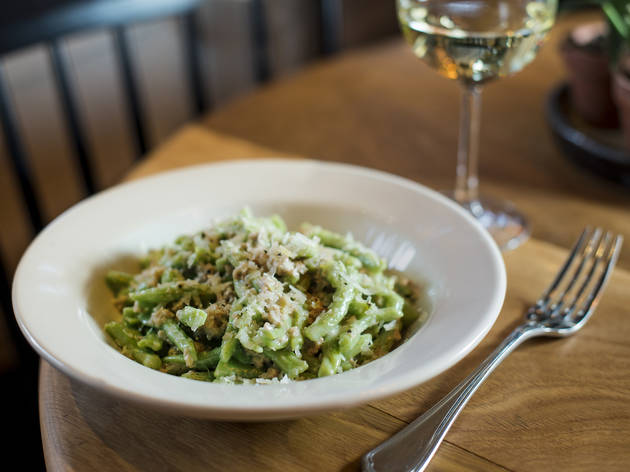 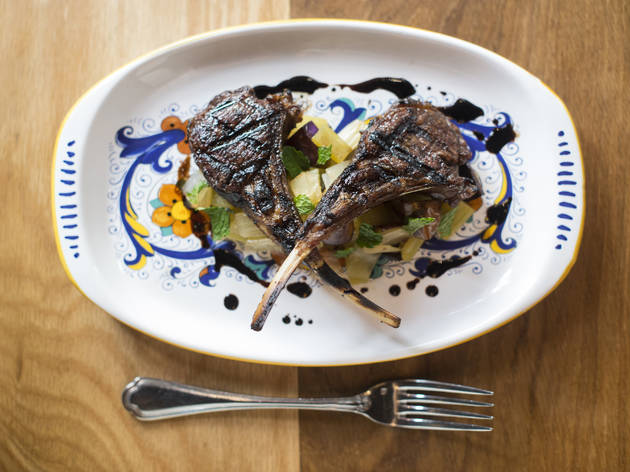 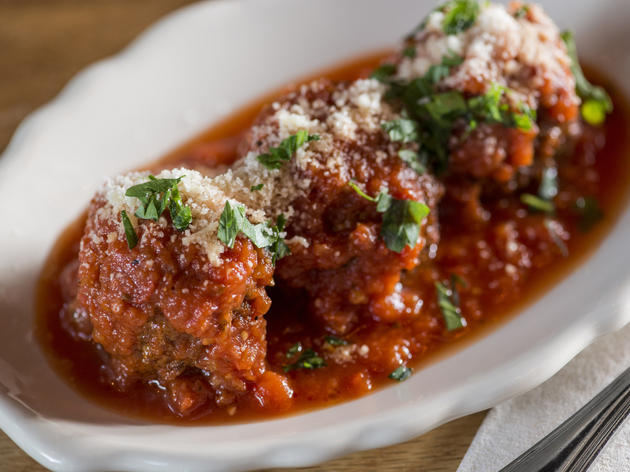 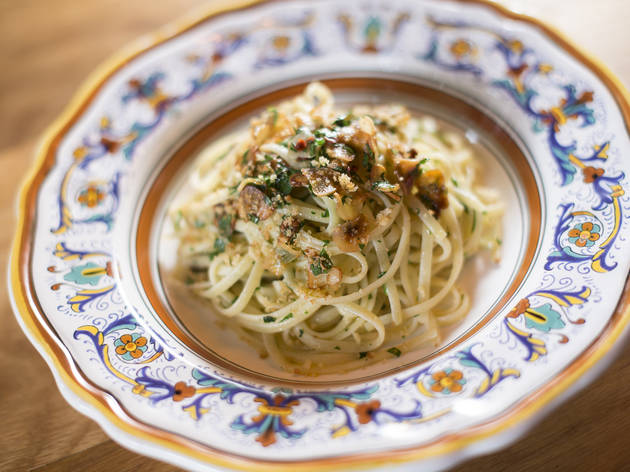 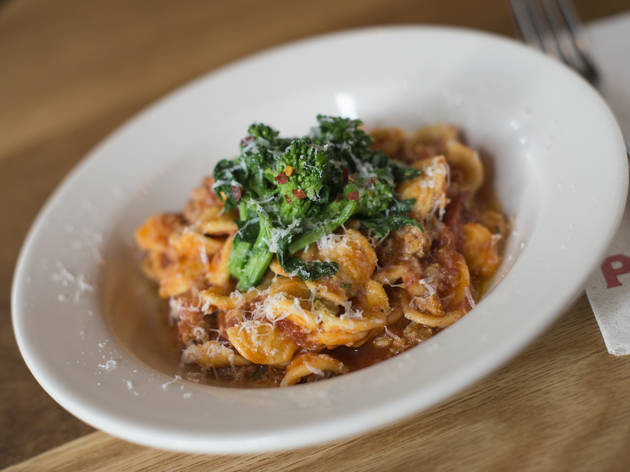 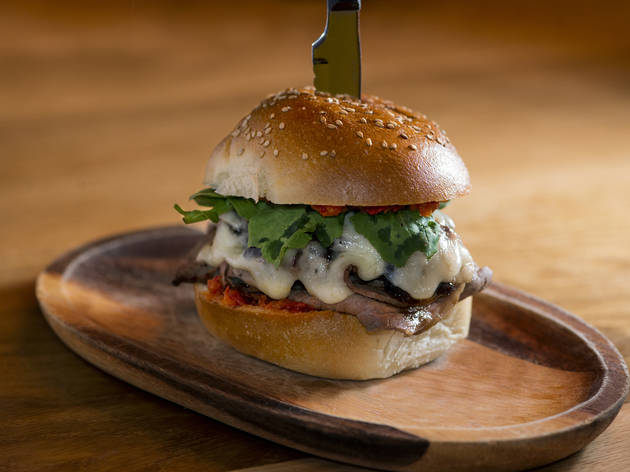 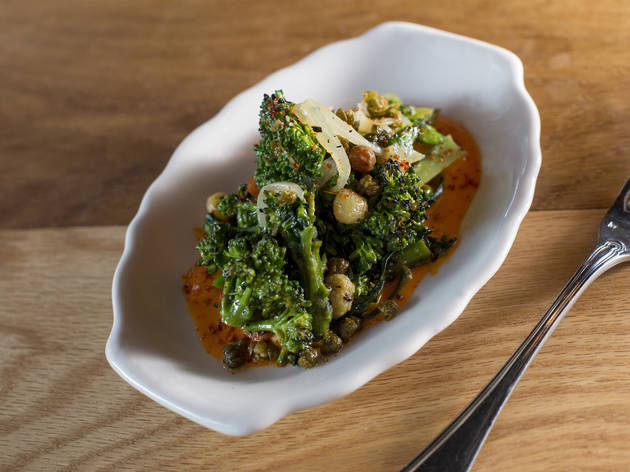 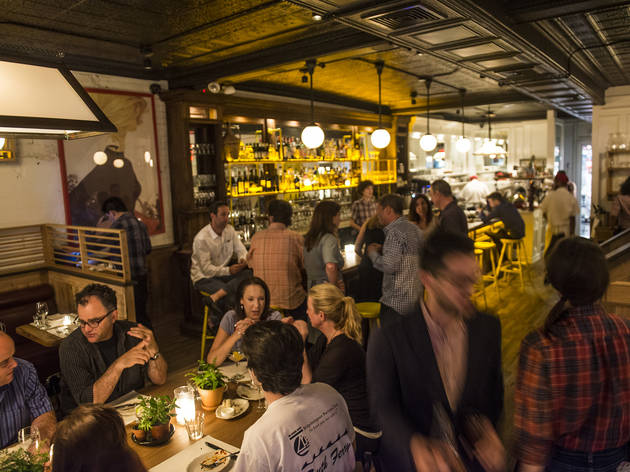 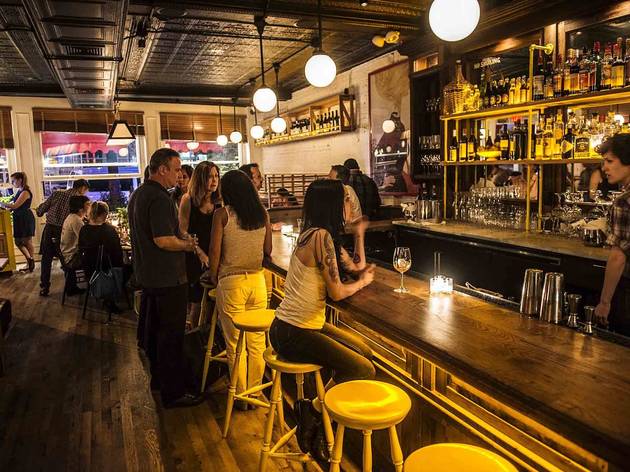 There are many sides to Andrew Carmellini—there’s the Cleveland-bred, all-American boy who chicken-fried quail at comfort-food clubhouse the Dutch, and the globe-trotting gastronome who pulled from French foothills past traveled for his bistro blockbuster Lafayette. But Italian cuisine has always been the restaurateur-chef’s sweet spot, cultivated as a 14-year-old boiling pasta at the local Italian joint back in Ohio, an itch he scratched with the rustic plates at A Voce and Locanda Verde.

Carmellini’s latest venture, a two-story pasta emporium in the former Peels space, was trademarked seven years ago, but the project was put on pause when the hype-storm that was Locanda debuted—and the wait may just be a saving grace. In the years between, Gotham’s Italian eating has become a parade of oversize gimmickry, all wingspan menus, pizza-size parmigiana and booming Sinatra. Instead of jumping on the bigger-is-better bandwagon, Carmellini, along with fellow chef Sal Lamboglia, doesn’t just go small—he goes primi.

And rightly so. Fork prongs battle over shared bowls of tender orecchiette ($16), turned creamy from the welcome addition of chickpeas to broccoli rabe and fennely sausage, and country-green spinach cavatelli ($17), a wine-rich veal bianco sauce clinging lustily to the pasta’s seal. A tangle of linguine ($14), sucker-punched with heady four-clove garlic and finished with crispy bread crumbs, is so heart-stoppingly good that if someone doesn’t want to snog you after, reconsider the relationship.

Smaller plates are more hit-or-miss—though cloaked in a tangy, toothsome sugo, the fontina-stuffed meatballs ($12) suffer from a devastatingly watery center—but are vital to fill out the entrée-less spread; plus ordering a cavalcade of dishes puts a smile on your flanneled server’s face to rival your are-you-sure-you’re-not-hungry nonna.

Those plaid shirts are no accident: Waitstaff, dressed like L-train lieutenants, bustle around a space that owes as much to south Brooklyn as it does southern Italy, with communal tables screaming both farmhouse-chic and family-style. With its off-duty PR-girl clientele, the pasta shop dips a toe in splashy Italian, but Carmellini’s smart enough not to wade into the deep end.