The latest coffee chain to come for NYC.

Blank Street Coffee first rolled into NYC in August of 2020: A mint green caffeine machine with beans on wheels and people to see by way of Williamsburg. In those late early days of the pandemic, when burgeoning hospitality ventures were more celebrated than they were scrutinized, the uh-oh alarms that previously sounded when suspected disruptors came to town were somewhat dampened. Instead, party lines about the company’s commitment to sustainability, local sourcing and that occasionally eco-friendly five-letter word for cash colorfully covering its very first vessel were the conversation’s loudest.

A little more than two years later, Blank Street has more than 40 footprints, including that original little cart, another mobile purveyor and enough brick-and-mortar shops to evoke chatter in the town square cloud of social media and headlines like “It’s Not Just You — Blank Street Coffee is Suddenly Inescapable” in The New York Times. Blank Street, founded by friends Issam Freiha and Vinay Menda when they “realized they couldn’t afford the best coffee everyday, and the cheaper options weren’t nearly as good (a tough pill to swallow),” now operates more spots than “any locally owned competitor,” according to the paper.

They are, as intended, fairly uniform; aggressively nondescript BLANK STREET font stamped on glass doors, walls, cups and at least one attempted meme. The affected anonymity is so successful that, on one recent midtown visit, I would have walked by had it not caught my friend’s keener eye. A large orange and white steam-pipe outside added to its ACME aesthetic, like the whole facade was hastily erected by Wile E. Coyote in another hungry effort to capture the Road Runner.

Inside, there are a few stools at a large, sidewalk-facing picture window and a couple of high top tables opposite an iPad register beside a pastry case, all reminiscent of a Potemkin village for millennials. We were told that the pastries are from Pain D'Avignon (Blank Street also lists King Street Baking Co, on its website). An afternoon almond croissant ($4.25) was fine; flaky and buttery enough at its peak and chewier like ricciarelli at the ends.

The beans were described as “generic” by a barista, but their final product is distinctive. The medium-roast Brazilian/Nicaraguan “Speed Dial” blend is intended to have notes of milk chocolate, almonds and strawberries. Charred embers of the former two are perceptible only on suggestion under an unpleasantly funky aroma. Speed Dial’s (small, $2.75) most obvious quality is an acid bite in spite of a splash of whole milk. The cold brew’s (small, $4.25) temperature mutes any sharp notes and it’s an acceptable vehicle for artificial energy.

That the drip is not to my taste is not why I’d avoid Blank Street. Its funkiness powerfully reminds me of what I used to get at an entry-level expensive, yuppie-trendy shop that I formerly frequented because it was convenient. A lot of people liked more about it than I did. A successful cup of coffee is more subjective than a lot of other food and drinks. I enjoy spendy, novelty-priced varieties, coffee cart and bodega brews fairly equally. But I can’t recommend Blank Street Coffee in good conscience because it is all taking and no inviting.

Although a lot of people live in midtown, it is not considered “neighborhoody.” Another location in leafy Brownstone Brooklyn with that esteemed designation even more clearly demonstrates an inhospitable conceit at the company’s top level.

Blank Street’s mere existence raises a question that was answered more than a decade ago: What should a coffee shop in NYC be? If BS had stayed in trailers, its stated must-haves (“1. much smaller locations (without skimping on culture); 2. investing in technology; 3. quality experience for baristas”) [Sic] would be easier to swallow. But a shop needs to have reasonably comfortable seats, WiFi and a bathroom, even as the first two are mere niceties and the last is only legally required in food service businesses with 20 or more seats and dates later than 1977. It all just adds a little dignity to the whole transaction.

While its address could fairly be expected to swing cozier, this location has every appearance of intentionally uncomfortable design. The aesthetics are immaterial at this point; each BS is more or less neutrally whatever. This one has a couple of seats outside and some fake potted plants with papery green leaves inside. One small local detail cracks through like a rosebush on the side of the highway; the interlocking black and white floor tiles are identical to what’s underfoot in apartment bathrooms all over this part of the borough.

None of the seats here (less than 20!) are substantial enough to relax into. Like in midtown, the backs of three stools at a counter that looks out on the sidewalk are too low; the one on an eight-foot banquette is more of a tailbone pillow suggestion. Convince me that the round tables here are not engineered for inconvenience. At about 21 inches high, they’re almost knee-level, just short enough to preclude laptop use or elbow leaning or leg crossing or any function other than supporting a drink. The whole arrangement recalls a car dealership or bank lobby.

The cappuccino (small, $3.75) is inoffensive. At every location, they’re made on identically programmed machines for consistency. I prefer a little more foam but what’s there is nice and velvety enough, if a little less compact than ideal, and it’s all fairly within the proportions of a cappuccino. Like funk-lovers, there are plenty of people who’ll prefer a manually-pulled espresso drink, but the automation seems necessary given all the distracting WiFi and bathroom-related questions the staff must field from a steady stream of guests. The machinery is also fortuitous in the event of technology disturbances like, say, when Square cuts out and payments must pivot from electronic.

In the absence of answers that speak to what a cafe in NYC should be, there is no reason to enter a Blank Street Coffee. If you do, to save a little trouble: The perennial WiFi network “FBI Van” might be in the air, or a 30-minute trial from a large internet service provider (one hopes); customers might be advised to try the facilities at the Starbucks nearby and bring cash, just in case.

Blank Street Coffee has several locations in Manhattan and Brooklyn. 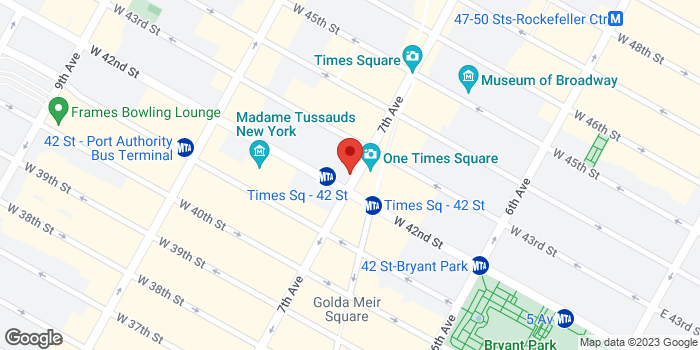