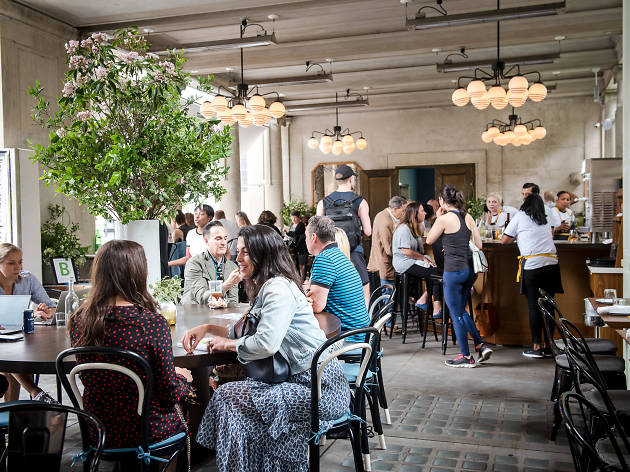 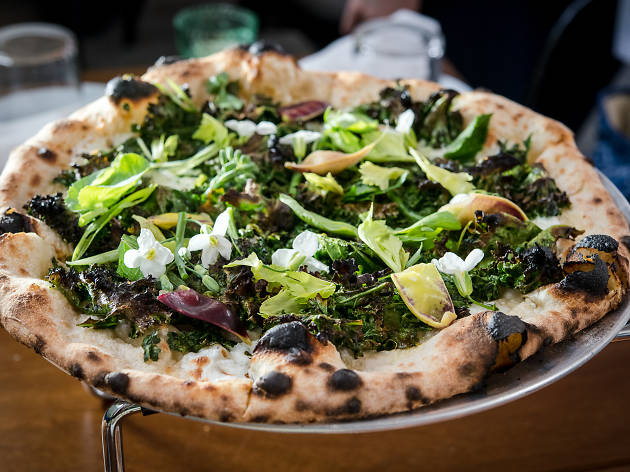 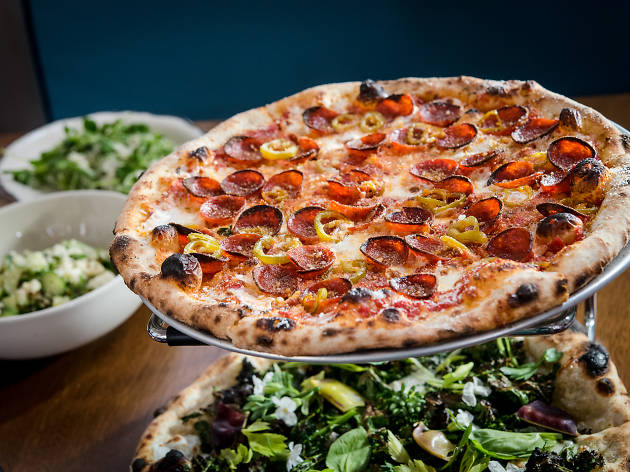 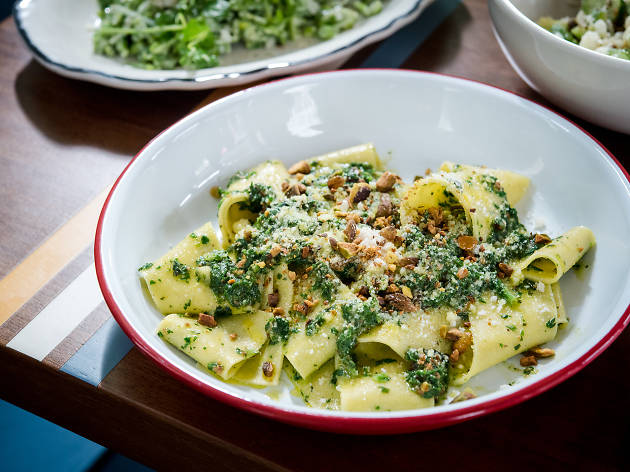 For those New Yorkers who don’t flee to the Hamptons or the Hudson Valley at the first sign of warm weather, the annual hunt begins here in the sweaty, sticky city to find alfresco environs in which to eat, drink and embellish upon a daydream of being far, far away. Tucked behind the bustle of the Greenmarket, Union Square’s Pavilion now houses New York’s latest seasonal hideout: Bocce USQ.

The mini limestone coliseum has a climate all its own, even foreign to someone (read: me) who frequents the area. The chirping of birds echoed through the space as light snuck past the cracks in the mint-colored blinds onto our marble table. Bocce balls clinked together on the outside court as guests clinked their spritz cocktails at the bar. “Where the fuck are we?” exclaimed my dining companion in wonderment.

Under the lead of Roberta’s-trained chef Tim Meyers, Bocce concentrates on pizza and other summery Italian fare, all reliant on produce straight from the adjacent farmers’ market. A snap-pea Caesar salad’s grassy crunch balanced the creamy, Parmigiano-rich dressing. Sliced cucumbers dressed in white balsamic offered a sweet tang and a fiery-yet-pleasant horseradish tingle in the back of the throat. Even the typically heavy bowl of fresh pasta was lightened with delicate pappardelle tossed in a garlicky pesto with earthy pistachios.

Before we even made a dent in our starters, two beautifully blistered pies arrived, overwhelming the table (and us) with a few too many plates. The pepperoni number was a flawless classic, reminiscent of the many popular ’za joints that marry unctuous cured pork with spicy pickled chilies. The Farm Pie gave salad-pizza vibes, with the chewy crust covered in greens and herbs from the market and finished with a powerful acidic punch of lemon. And while any pizza is a personal pizza if you believe in yourself, the light and airy crust made it dangerously easy for us to each kill a whole pie.

We finished our meal on a just-sweet-enough note with the delightful brunch addition of a lemon-ricotta Dutch baby, or “Dutch oven” as our server mistakenly called it. Returning to our urban reality, we were comforted by the thought that this summer escape is just a stone’s, er, bocce ball’s throw away.