With an outpost on every corner, Duane Street between West Broadway and Hudson Street is very literally David Bouley's world. While the city around has hit the skids, the chef—driven by optimism or simply denial—has been charging ahead with his expansion plans. The eponymous Bouley—the newly relocated airy flagship of his growing empire—exists in its own fantastical bubble: a place where the Dow still surges and expense-account spending never dried up.

The original Bouley, once one of the city's great haute cuisine destinations, has over the years becomet increasingly marginal—the chef's dated devotion to an opulent late-'80s aesthetic is as unwavering today as it was when the restaurant first opened 22 years ago. The new locale is a tricked-out version of the old one (where the sprawling Bouley Market now is). The aromatic apples that greeted diners as they walked through the door are still at the entrance—but now there are more of them, a whole wall on wooden shelves. The vaulted ceilings have also returned—constructed from scratch and given an over-the-top coat of golden paint.

The restaurant makes no concessions for the new economic realities. Instead, excess abounds, from the hand-carved wood door and stone floors (imported from a quarry near Paris) to the gilt-edged porcelain, silver candelabras, velvet chairs and massive velvet-framed Provence scene pastels—you won't find this much velvet outside of the Liberace Museum. The buttoned-up service and setting—the brigade of waiters in black tie is serenely professional—give the impression that perhaps perfection awaits. But the glacial pacing I experienced should cost someone a job.

Though the food was gorgeous to look at and often delicious to eat, having to wait nearly an hour between appetizers and entres significantly undermined the kitchen's fine work.

Still, patience mostly paid off. Briny raw oysters out of the shell, wrapped in raw scallop and topped with osetra caviar, had a primal deep-ocean quality. A slow-poached egg in a far richer appetizer, meanwhile, came swaddled in buttery polenta and sunchoke puree, with coconut-garlic broth and whisper-thin Serrano ham shards.

Those muted starters—pleasant, not groundbreaking—were upstaged by the much bolder entres (once they showed up). Butter-poached lobster, its meat candy-sweet, luxuriated with fresh hearts of palm and shelled snap peas in a balanced pomegranate and pinot noir sauce—Bouley is nothing if not a master of the saucier's art. Fork-tender chicken breast, slow-cooked in a steam oven, was as elegant a poultry dish as I've tasted in some time, its silky flesh paired with fresh fava beans, miniature crosnes, rich almond puree and black-truffle dice.

As much as the entres outdid the starters, here—as at Secession across the street—desserts really are the best part of the meal. The refreshing frozen snowball meringue with pistachio cream and the many-faceted chocolate frivolous (featuring a chocolate pot de crme and a warm chocolate cake) won me over bite after bite. Both are designed-—like the clichd dining room—with romance in mind. The new Bouley strives even more than the old one to make every New Yorker's short list for a special-occasion meal. But as a destination for a birthday, anniversary or wedding proposal, it's but a B-list runner up to the likes of Jean Georges, Daniel or even Corton just up the street.

Drink this: The Vouvray Sec from Domaine du Clos Naudin ($88) is an exceptional midpriced (for this list) white, which is rich enough to stand up to the red-wine-sauced lobster.

Sit here: Tables are all well lit and well spaced. The most romantic have a view of the fireplace and are illuminated by candelabras instead of table lamps.

Conversation piece: The new Bouley Market, where the flagship restaurant last stood, sells fresh meat and fish along with prepared stocks and sauces. Meanwhile, the old Upstairs at Bouley has doubled in size. Next up for the chef: a Japanese restaurant at the corner of West Broadway and Reade Street. 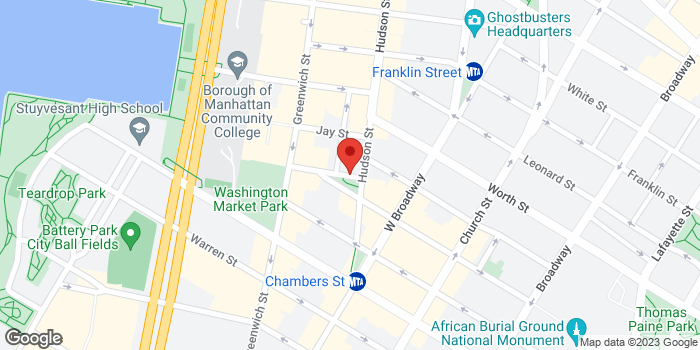