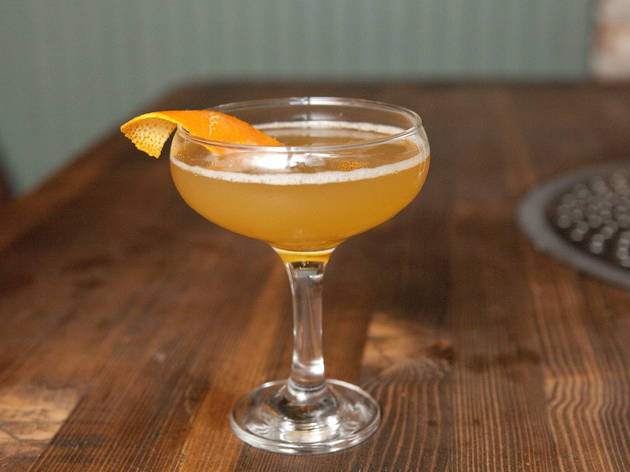 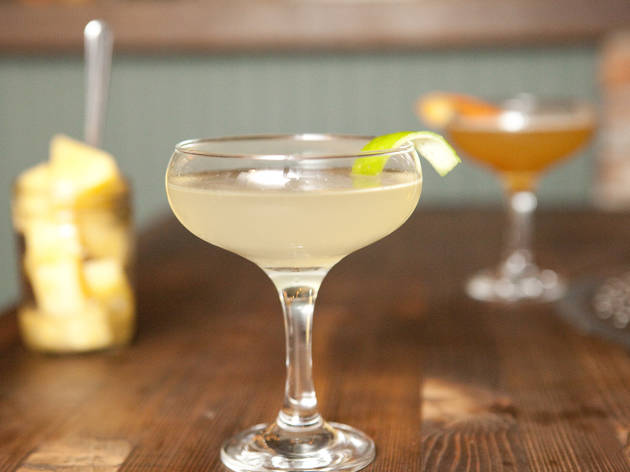 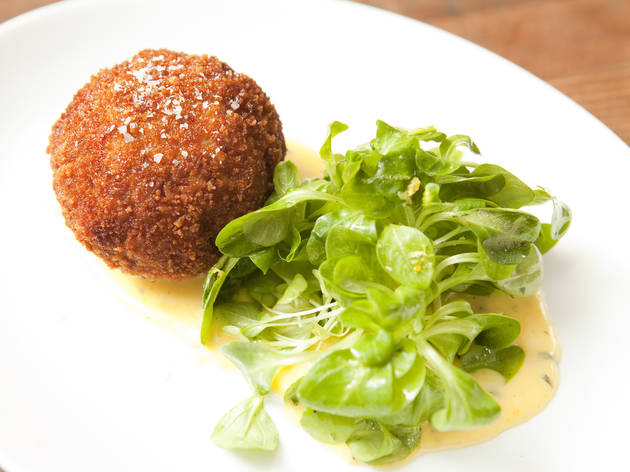 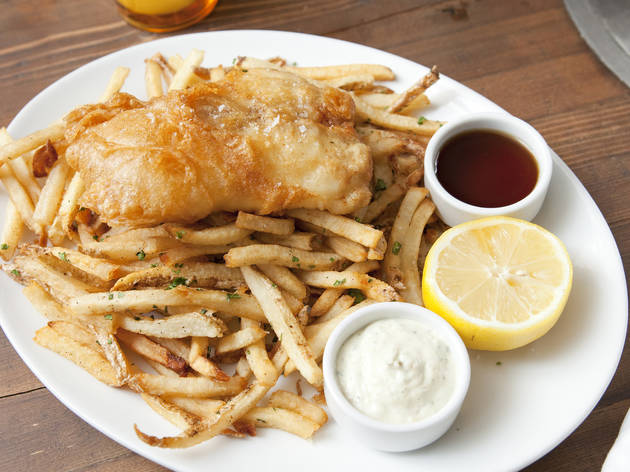 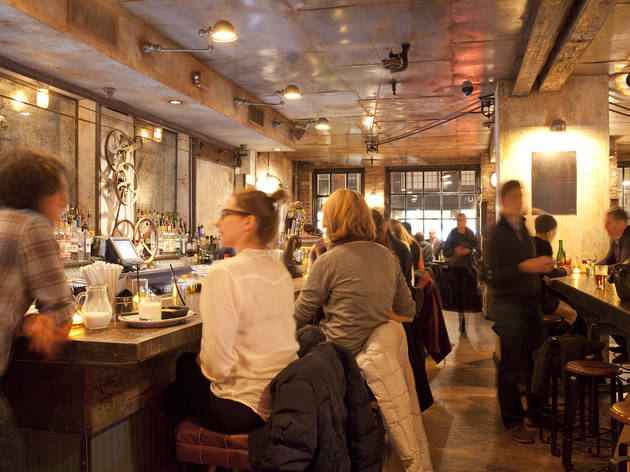 Lately, the fever for steampunk—a sci-fi fantasy mash-up of Victorian costumes and steam-powered gadgetry—has influenced everything from cinema (Oz the Great and Powerful) to fashion (Alexander McQueen). In New York, the otherworldly aesthetic has carried through to bar design at joints like cocktail den Gin Palace and Prospect Heights dive the Way Station. At the latest addition to the gaslight-and-goggles scene, Boulton & Watt, ceiling fans spin via an ornate, belt-operated pulley system. Like an overly enthusiastic Civil War reenactment, the baroque conceit at this East Village haunt can seem forced, but luckily, the superlative gastropub plates and remarkably well-balanced drinks have real bona fides.

ORDER THIS: Sip one of the nine top-notch tipples, which riff on classic cocktail formulas. The First Word ($12)—a variation on Prohibition-era favorite the Last Word—softens the woody heat of bonded Rittenhouse rye with herbaceous yellow Chartreuse, while the Mexican Revolver ($12) blends jalapeño-infused tequila, lime, agave and prosecco into a fizzy, spicy spin on a margarita. Our favorites from the menu of hearty English pub bites included a traditional Scotch egg ($12), whose thick, crunchy shell of chorizo and ground pork conceals a dreamily soft, just-boiled egg, and the beer-battered day-boat cod ($18)—the soft white fish encased in a flaky crust—with a side of herb-roasted fries.

GOOD FOR: The night’s first stop. Gastropubs often overleverage their bar or restaurant side, making a favorite child of one and a Siberia of the other. This airy space, with 130 seats and ample standing room at the bar, is more ambidextrous than most, with dinner smoothly transitioning into drinks, or vice versa.

THE CLINCHER: The semiprivate booth in the back—boasting its own tap—is ideal for groups or birthday parties, seating eight and pouring brews like Kelso IPA (you can request a specific brew by calling ahead). The nearby bust of James Watt (inventor of the steam engine, along with Matthew Boulton—hence the name) and gear cogs hanging on the walls make for conversation starters (“Inspector Gadget—steampunk detective?”). In a city where so many cross-training Gotham spots are plagued by a Wes Anderson–like obsession with interior decor, while the less-studied fare suffers, it’s charming to find a spot with the opposite problem.