New York City has almost as many pizza places as it does assertions, superlatives, clichés and burlesque analogies about the official food of the five boroughs. Each of those slice shops and pie emporiums contribute a little piece to the moveable feast that this international pizza capital is famous for.

The best ones are beloved for a few foundational similarities. NYC's finest pizza, in its most common, Central Casting form, handles well with a crust that’s neither floppy nor rigid. It is substantial but easy to fold, which is especially important for anyone who is presently or wishes to become mayor. Its sauce stops shy of sweet. Its cheese produces a telegenic pull in instances where pull is expected. And its toppings adhere; none of this sliding around like a Fisher-Price baby’s first hospitality business business. Any place that achieves and exceeds those core tenets is, like roasted garlic, anchovies or bitterly divisive pineapple, extra. Brooklyn DOP, which opened its Park Slope storefront in June, successfully executes the critical basics and brings a bit more to make it a good new addition to the never crowded, always expanding field.

Brooklyn DOP first began as a pre-vaccine pandemic project. Locals Thomas Gian Ardito and Jason Rocco D’Amelio, who each had formative experience in food service before embarking on careers in fitness and and finance, respectively, demonstrated a knowledge of food science, fixation on detail, love of ingredients and burgeoning brand identity in closeup on Instagram. Back then, pies were acquired via DM or at the occasional pop-up. Now, they’re sold alongside slices in a long, narrow space that looks like a classic NYC pizza parlor outside of the monosyllabic first name genre. Its tomato red facade is emblazoned with mixed and matched typefaces promising Margherita, Sicilian and grandma varieties, plus beer and wine. The register’s up front, oven’s in the back, with exposed brick, vintage-effect photos, a row of counter seats and a couple of half moon two-tops throughout. There’s a dining shed off the sidewalk and a no-bones patio in the back with a few tables under umbrellas and an unvarnished wood banquette that might snag delicate fabrics or exposed skin. Most recently a Luke’s Lobster, Brooklyn DOP seamlessly slides in and feels like it’s been at this address for a long time.

Pizzas displayed behind glass in the brief window between bake and plate are more styled than the ubiquitous standard; each surface more carefully arranged than at an everyday stop and scarf spot. A just-finished grandma slice ($4.50 or $32 for a whole pie) is crackly on the bottom with a dainty, lacy interior crust and harmoniously portioned sauce and mozzarella imperatively amplified by a Parmigiano-Reggiano that gives the thin square its uniquely beckoning bite and flavor dimensions.

This is, of course, outside of that typical cartoon slice; the piping triangle that almost anyone who’s ever had one would recall when asked to conjure the form. Brooklyn DOP does nice takes on those, too, though they seem slightly smaller than the familiar. Its Giusepp’ ($3.75/$25) is closest to that memory, though notably better–more technically adept with more carefully selected components–than the median. Its Margherita ($4.50/$30) is painted with portions of sauce and cheese and kissed with flecks of fresh basil that prove how important all that focus on apparent minutia is to the big picture. It takes a satisfying slice and sends it careening up to good. And, reconfigured once more to right angles, the Sicilian ($5.50/$35) could obscure a pea from a princess, high and light as it is, topped with pepperoni cups that get pleasantly just a little crispy at the edges.

The counter service spot would land just as nice as it does even absent its origin story, but food and drink ventures that got going after the industry came to a halt in early 2020 and before it formally started moving to the point it is today are also interesting to consider through rose-colored notions of resilience, hope and perseverance. Any place would have needed all that, and more, plus a little luck to survive and thrive into this present moment. Brooklyn DOP also has one more element that sets it apart from its peers—one that got a lot of us through that same period that lingers still. Alcohol. Pair your pie with a few rounds of beer or wine to inspire your own assertions, superlatives, clichés and burlesque analogies.

The Vibe: Cute and classic NYC pizza parlor style with a whisper of nostalgia. Counter seats and a few two-tops are inside with room for more in two outdoor dining areas.

The Food: Better than standard pizza by the pie and slice.

The Drinks: Wine and beer on tap and in cans.

Time Out Tip: Groups of more than a few can fit more comfortably outdoors. 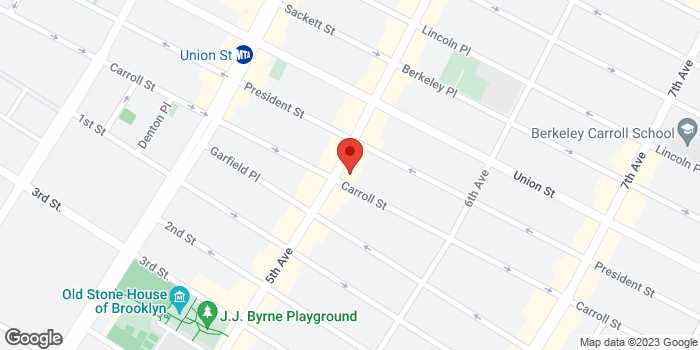