Not every restaurant needs an auteur chef to thrive in New York. Some do just fine without a marquee name in the kitchen, turning out food that’s broadly appealing and keeping a tight focus on the scene instead. For its first five years, that pretty much summed up the hyper-cool hybrid La Esquina—part Mexican restaurant, part underground nightspot. Then, a few months ago, Akhtar Nawab stepped in, replacing the under-the-radar Rene Ortiz. Nawab has spent years building a following—at Eletteria, EU and Craftbar—and it didn’t take long for him to leave his distinctive stamp on the place.

To get the best sense of Nawab’s influence on the restaurant, you might check out La Esquina’s new Williamsburg sibling, developed from the ground up by the very versatile Indian-American chef. The Brooklyn outpost, which replaced Relish at the old Wythe Diner, is much like the Manhattan original: Cheap tacos are dispatched from a short-order window (Mon–Thu, Sun 11am–11pm; Fri, Sat 11am–1am), and upmarket fare is available inside the quirky space, its candle-strewn rooms lit like a Tijuana bordello. But while the menus still read straightforward Mexican, the chef’s new creations stray far from the restaurant’s traditional roots.

Many old classics remain, simply tweaked, not reinvented. They’re among the best stuff at the new restaurant, and the most recognizably Mexican. There are top-notch taquitos—tiny tortillas with classic fillings like tender brined tongue with pickled red onion and smashed avocado. Queso fundido is a gooey crock of tangy cheeses (a mix of Chihuahua, Oaxaca and queso fresco) with copper bubbles blistered on top. A big, burnished quesadilla arrives stuffed with a fine, funky mix of charred wild mushrooms and reduced huitlacoche (the corn mold they call “Mexican truffle”). And the chicken enchiladas drenched in dark pumpkin-seed mole are as intensely fragrant—and generously portioned—as they were on the other side of the river.

But while the multicultural notes Nawab adds elsewhere on the menu are tasty enough, they’re an awkward fit for this classic cantina and the tequila-fueled party you’ll find there most nights. A fresh fluke ceviche, bright with passion fruit, orange and coconut milk, is nicely balanced—but more Peruvian than Mexican in its riot of big fruity flavors. And there’s a very American steakhouse-style sirloin with grilled hen-of-the-woods mushrooms, roasted pearl onions and an Argentine side of thick chimichurri. It’s an exceptional piece of aged Creekstone Farms beef, and beautifully cooked, but not at all Mexican. And he’s serving braises and stews—“guisados,” he calls them—in Indian-style tiffin boxes, filling the stackable lunch boxes, as an Indian housewife might, with all of the elements of a well-rounded meal. In one layer there might be duck confit in a cinnamony sauce of pasilla chilies and raisins, in another steamed rice and crispy vegetables, and in a third a small stack of tortillas. It’s all somewhat muddled—Indian, Mexican and also a little bit French.

Pichet Ong, consulting on pastry, nails the mood more precisely with crowd-pleasers like crisp churros and warm chocolate cake topped with cinnamon ice cream. But Nawab’s cooking, for all of its finesse, seems like it should be served somewhere else. While this food’s certainly interesting, it’s simply out of step with the festive atmosphere.

Drink this: La Esquina’s classic fresh lime margaritas ($10) are as generous and potent as ever. There’s also a solid selection of Mexican beer in bottles and cans. Tecate goes well in a choose-your-own-beer Michelada, with fresh lime juice and hot sauce on ice ($6).

Sit here: The most coveted tables are the leather banquettes in the diner’s clubby back room. The diner stools up front are saved for walk-ins.

Conversation piece: The Wythe Diner, which opened in 1952, retains some of its original character. The structure, built prefab in New Jersey and then transplanted to Brooklyn, sat abandoned from 1987 to 2000, when it became Relish (which shut down last year). 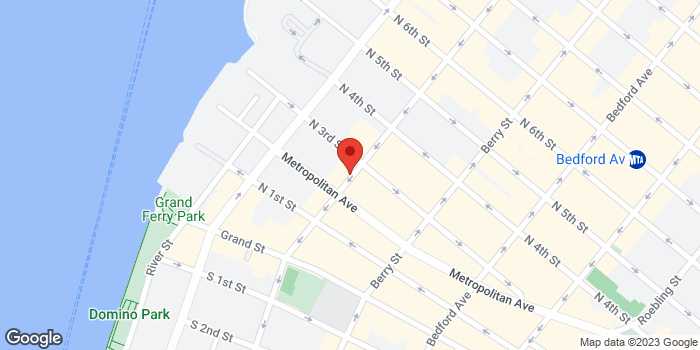