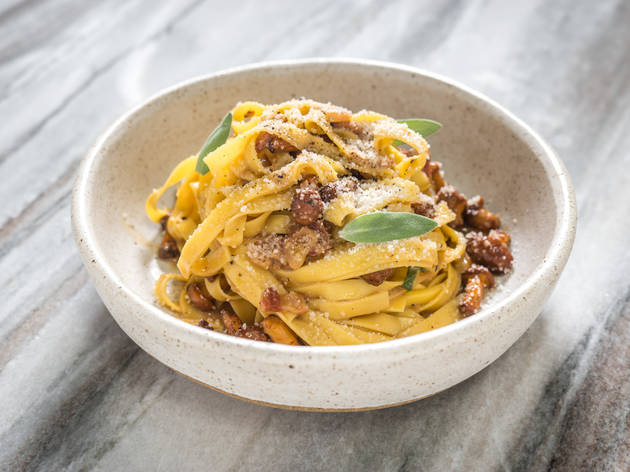 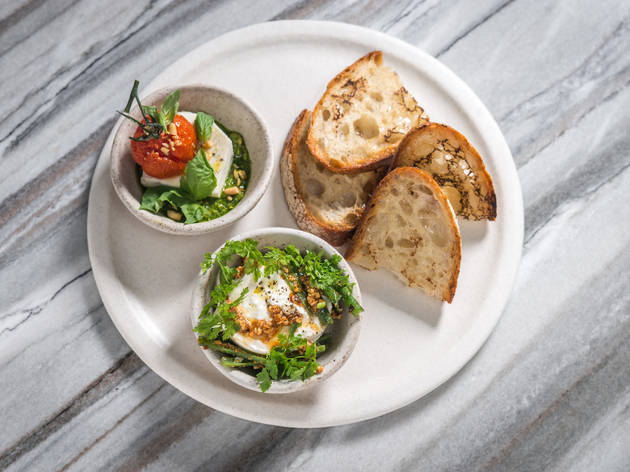 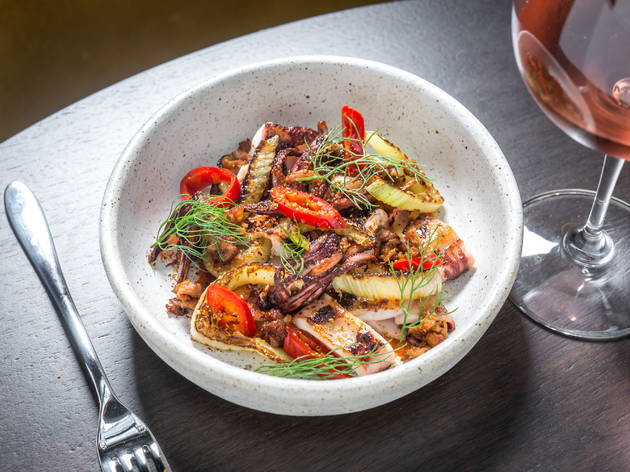 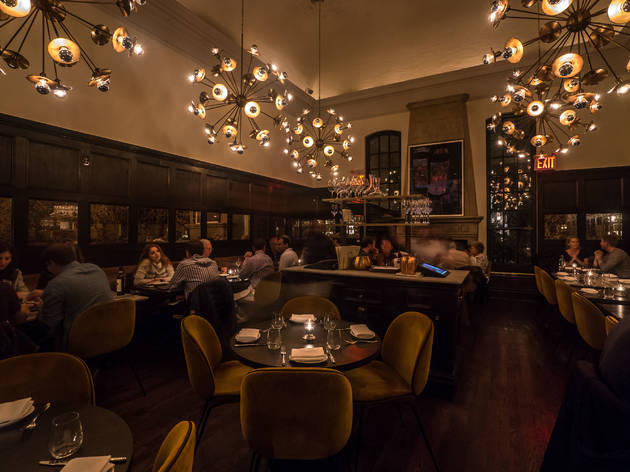 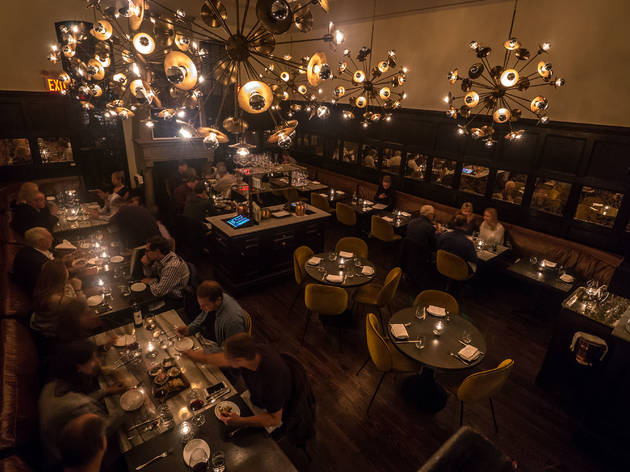 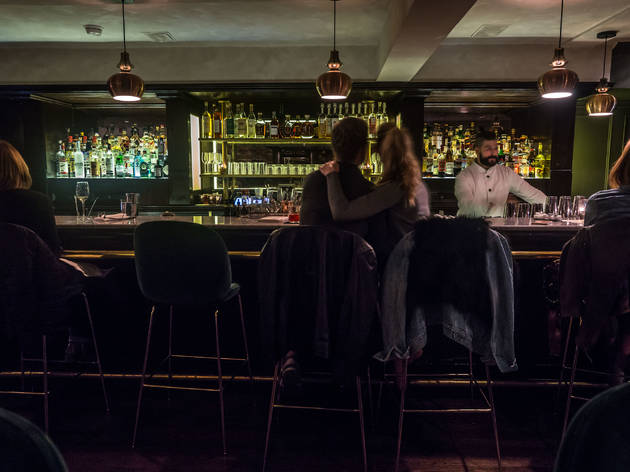 Casa Apicii, the Greenwich Village newcomer from noted Los Angeles chef Casey Lane (the Tasting Kitchen in Venice, California), operates in the same Cal-Ital vein as Justin Smillie’s Upland. It’s the kind of ristorante at which brussels sprouts are given the Piedmontese treatment with bagna cauda zipped with chili and lemon ($12) and heirloom carrots are draped in walnut pesto and soft stracciatella ($12).

It’s a tidiness of brazen Italian flavors, cross-pollinated with New American virtuosity, that’s tailored to appeal to pretty people, a mix of well-heeled Villagers and media pros. (A recent evening saw a table filled with pattern-frocked Refinery29 staffers and another with diamond-glitzed stars of The Real Housewives franchise.) The stylish clientele is a holdover from the space’s days as John DeLucie clubhouse the Lion, but the room itself has been dramatically updated: Located on the garden level of a 19th-century town house, the 60-seat, bi-level dining room boasts a vaulted ceiling with suspended starburst chandeliers. Below, attentive servers usher celery root dressed in Venetian curry to tables set with gold velvet chairs and leather banquettes the color of a Sicilian tan.

As Lane is bicoastal, he brought in executive chef Adam Nadel (A Voce, Lincoln Ristorante) to run the kitchen, which makes the pastas, focaccia and some of the mozzarella in-house. (Others, like oozing burrata decked out with salsify and a hazelnut aillade, a garlicky nut emulsion ($14), are imported.) California inflections are fine-tuned in dishes like a chard torta ($19), with rich robiolina offering a creamy counterpoint to crisp pastry. Less successful in their hybridization are gristly rings of delicata squash ($12), which, with almond-buckwheat granola and apricot mostarda, are about as Italian as Snooki.

Pastas are a safe haven, from a faithfully zesty bucatini all’amatriciana laced with nduja ($23) to a toss of strozzapreti in a rich ragù of bone marrow, octopus and pancetta, with bread crumbs hidden amid the pasta’s ridges ($25). And while roasted duck is graced with crispy skin glossed in red wine ($36), the borlotti beans that cradle a filet of king salmon are so salty, they’re almost inedible ($34). Casa Apicii emulates the buon vivere vibe of its namesake, ancient Roman socialite Marcus Apicius, but it shouldn’t forget that he was a gourmet, too.