Most successful restaurateurs debut with a bang, turning out a groundbreaking original before settling into safer crowd pleasers. Not so with Gabriel Stulman, unstoppable West Village hit-maker, whose low-key beginnings in no way indicated greater ambitions. He started small with a pair of New American spots: Joseph Leonard and Jeffrey’s Grocery, serving excellent food but making no real imprint on Gotham’s dining scene. Instead of coasting on these modest triumphs, Stulman pressed forward, partnering with headlining chefs for esoteric tavern fare at Fedora and carnivorous Italian at Perla, a few blocks away.

His new project, Chez Sardine, is his most daring by far—with a quirky name and a wacky theme—asking of his regulars great leaps of faith. It’s a sushi bar run by a French-Canadian chef (Fedora’s Mehdi Brunet-Benkritly) with no experience cooking Japanese food professionally, an East-West izakaya of sorts, serving French wine and American cocktails alongside wild multicultural bar bites.

Stulman, whose knack for scene-making informs all of his restaurants—hip hop on the stereo, Pop Art on the walls—has decked out his most diminutive venture with a portrait of Mr. Miyagi and polished wood panels out of an Italian yacht. And a buzzy crowd, waiting as long as two hours for a hand-carved walnut booth, have made this strange hybrid one of the most coveted new tables of 2013 so far.

The new-wave sushi, crafted behind a slim kitchen counter, features morsels from land and sea rolled into tight maki or draped onto one-bite nigiri. It’s all purist sacrilege—except for the small proportions, and the properly vinegared rice. Still, you’d have to be a real zealot to find fault with how delicious they are. There’s silky hamachi, topped in a smidgen of fried pork skin for crunch, and Spanish mackerel with fried slivered leeks and potato chip crumbs, the salty, smoky cross-cultural accents complementing, not blighting out, the excellent fish underneath.

The chef’s edgier sushi creations are a more significant departure from the ancient art form he’s messing with (his sushi skills are all self-taught). He piles his favorite bits onto what are essentially Japanese canapés—braised veal tongue, tender as Wagyu, brushed in sweet ponzu and pressed onto rice; hand cut beef tartare rolled in nori with rich, briny lobes of uni on top.

Brunet-Benkritly, who’s been pushing the nose-to-tail envelope next door at Fedora, continues in that vein with the bigger plates here. And so there’s broiled salmon head, glazed in maple syrup and miso, a chopstick treasure hunt worth plumbing cheek and collar for every sweet-and-savory morsel. A grilled smoked-cheddar sandwich with pickled shallots arrives gushing an overabundance of melted foie gras—a nod to the chef’s alma mater, Montreal’s famously gluttonous Au Pied de Cochon. It’s a dish too rich not to share and too good to ignore.

Chez Sardine is the kind of improbable endeavor—a fusionist joke in any other setting—that few serious restaurateurs would have tried and fewer still could have pulled off. But Stulman—a virtuoso now in staging a kinetic mise en scène with kitchen cred—knows how to conjure enough off-kilter electricity to fill seats for this offbeat cuisine. And the loony risk has paid off.

Drink this: The short list of cocktails includes the beautifully balanced Scotty Fails His Driving Test, a wintry mix of Carpano and bourbon with honey syrup and cinnamon-spiced bitters ($13). Hitachino NestRed Rice Ale ($12), one of four brews, is also a great, earthy match for the food.

Conversation piece: Gabriel Stulman designed Chez Sardine with his friend Robert Glass, an architect who bartends twice a week at Fedora (where some of the restaurant’s food is prepped). They sourced fish-print repros from the New York Public Library and the Pat Morita portrait from photographer Jonathan Mannion (a friend of the house). 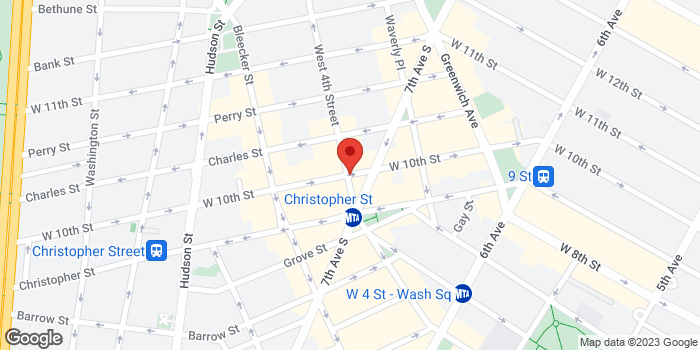