I visited the renowned Windows on the World on September 1, 2001, and Time Out New York published my review the week the Twin Towers fell. Among other things, I noted the stellar service. The realization that 73 of those smiling faces are gone has haunted me ever since. The recent opening of Colors, spearheaded by a collective of 20 former Windows employees, brings with it the prospect of some closure—and the potential for a great new restaurant.

The warm and fuzzy back story goes as follows: Windows alumni reunite to start a cooperative eatery with a $13.50 minimum hourly wage—intended as a model for worker-owned restaurants. The owner-employees hail from more than 20 countries, and their menu is an amalgamation of the staff’s family recipes. Executive chef Raymond Mohan (who worked at Chicama, Pipa and Patria but not Windows on the World) faced a tough challenge: Integrate unfamiliar recipes into one seasonal-organic menu. Asian, Afro-Caribbean and Latin American dishes dominate, but there are some American, French and Italian standards.

Rather than re-create their former workplace, they’ve unveiled a swank Art Deco--influenced space with world-map glass etchings and globe-shaped lighting fixtures from the 1939 New York World’s Fair. Located next to Butter on Lafayette Street near Astor Place, Colors opened in early January and is prepared to go head-to-head with the priciest big boys in town.

Sadly, the feel-good restaurant of the year—the place we all want to root for—just does not seem ready for prime time. Where do I start? Food, service or pricing? Appetizers were hit-and-miss: The roasted chestnut soup was unbearably sweet, served with what was supposedly duck-liver pt but tasted like gritty chopped liver, crudely smeared on walnut-raisin toast. The somewhat mealy tuna tartare would fare poorly against the hundreds of other versions found throughout the city. I enjoyed the saffron-mayo flavors in the savory Haitian conch stew (pictured) and the sweet-and-spicy kick that the guava sorbet and jalapeo slices gave to a tuna ceviche appetizer. And Mohan’s Philippine lobster-and-sweet-potato lumpia, flavored with vinegar and mint and served with a tamarind-basil dipping sauce, were tasty, though the price ($15) is high for spring rolls.

A Congo seafood bowl—bouillabaisse with coconut—goes for a steep $33. The goat curry—an artless mound of stewed goat in curried coconut milk, served with a Peruvian lentil-rice cake, endive and bananas—would have been a nice $14 dish, but it cost $24. The poached fish also cost $24, and lo and behold, it had coconut, too. Is anybody editing the menu?

I sensed a similar value gap in the often-bumbling service. Plates came and went at the wrong times during two different meals, wine was spilled, and servers displayed frequent ignorance of the menus. One didn’t know what a riesling is, another had to run to the kitchen to find out what cheeses were on the cheese plate. It was more heartbreaking than maddening. The unfailingly friendly staff, as part owners, continually tried to make good: After a 45-minute wait, I was treated to free drinks and extra appetizers. Then they sent out two versions of the same entree, which was just flat-out weird. Hey, you want to charge three-star prices, be prepared to offer three-star service.

At half the price, Colors would be a great place for a casual sampling of exotic dishes. Alternatively, given the location, the global theme might work as a tapas-and-cocktails destination for Public Theater patrons. But as it exists now, Colors is still more of a dream—albeit a lovely one—than a reality worth visiting. 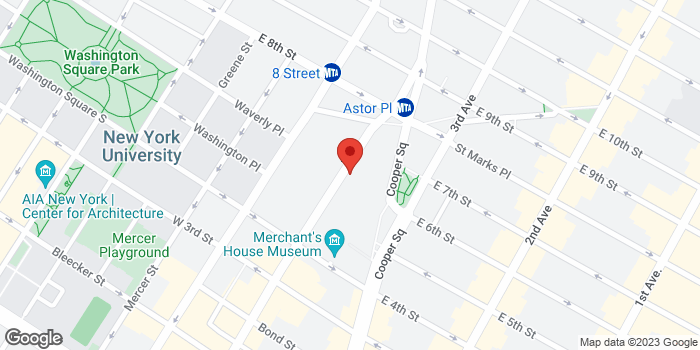