Restaurants, Contemporary American Lower East Side
2 out of 5 stars 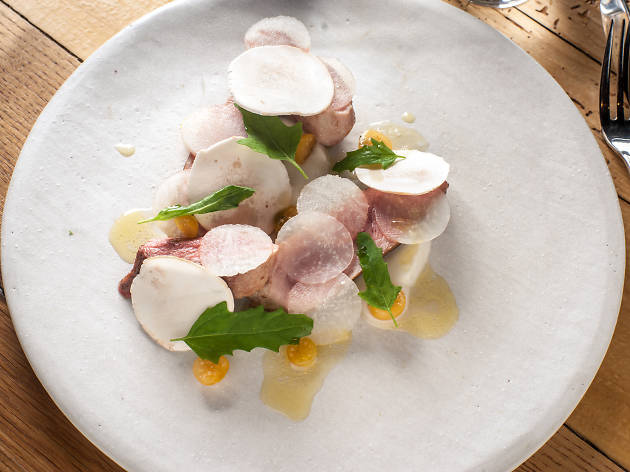 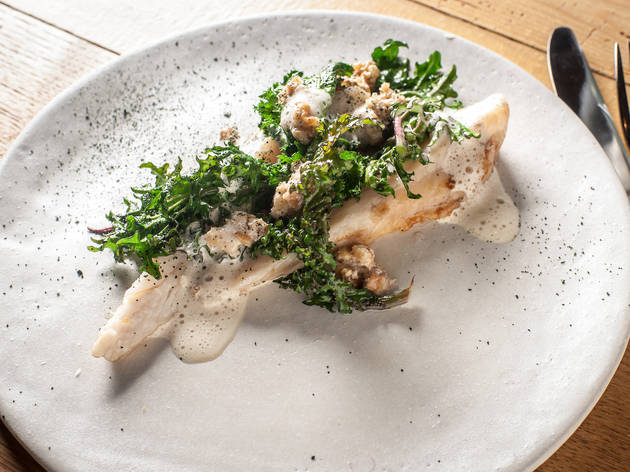 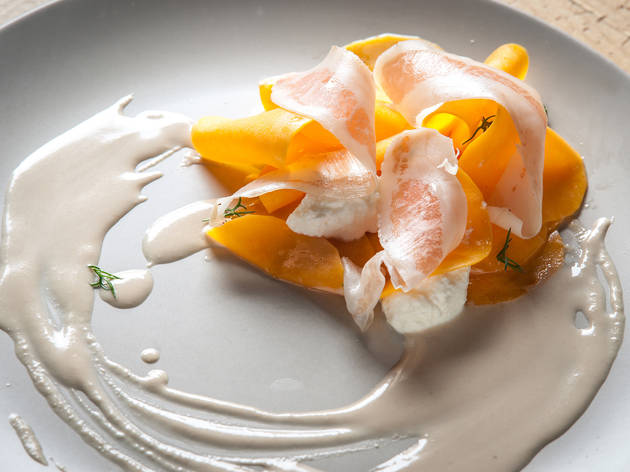 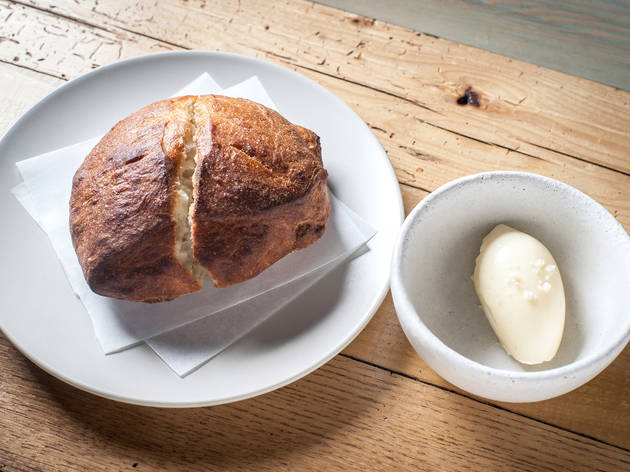 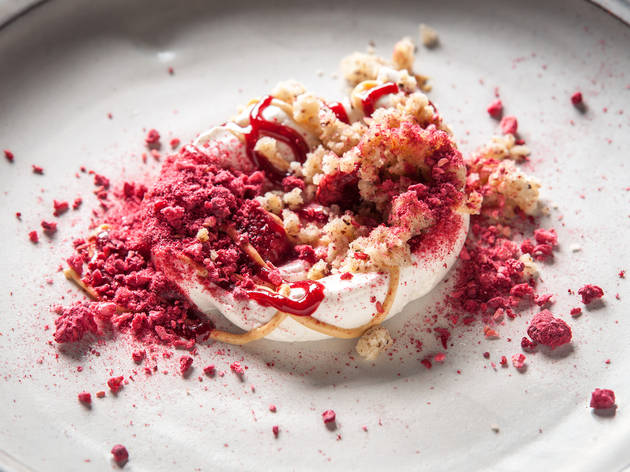 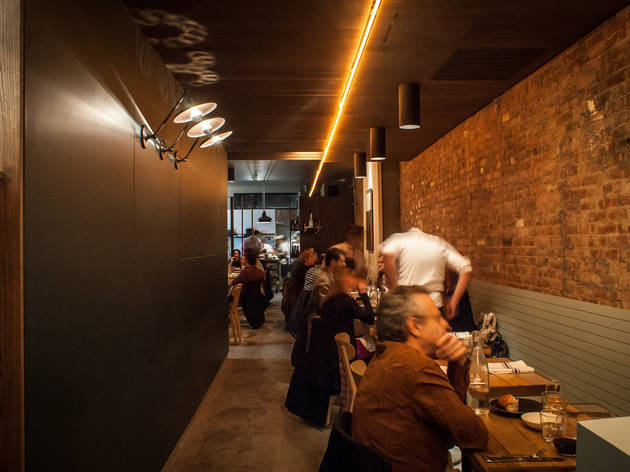 The paper menu posted in Contra’s window offers an interesting proposition: five courses for $55. The $11-per-dish average looks promising for a restaurant filled with in-the-know downtowners, but dinner here is less of a steal than it appears.

Inspiration goes awry in chewy rounds of raw squash sprinkled with even chewier half-popped sorghum kernels; the creamy ricotta and fatty guanciale there to soften the texture aren’t quite up to the task. Slow-roasted Mangalitsa pork collar, however, hits every note, with fat-swelled flesh brightened by sweet husk cherries and crisp turnips.

Large intervals of time pass between the small dishes, requiring supplemental bread ($3), cheese ($8) and plenty of wine. All of this conspires to effortlessly nudge the gentle $55 base price toward $100.

Triple digits no longer seem like a bargain for five nonnegotiable courses, two of which were offbeat desserts one night. Where vanilla ice cream sweetened by freeze-dried raspberry jam and squiggles of gjetos (caramelized cheese) tastes like a savvy order from a Scandinavian 16 Handles, toasted-oat mousse topped with apple granita conjures Golden Grahams doused in juice.

For now, Contra is more experimental kitchen than well-oiled machine. And in a town with plenty of stellar tasting menus available for reasonable asking prices, it will have to hit a steadier stride to endure beyond its newcomer buzz.

Behind the bar: Sommelier Linda Milagros Violago—formerly of Chicago’s Charlie Trotter’s and Spain’s Mugaritz—focuses on small, sustainable producers, and, like the menu, will tweak her short, by-the-glass list every day.

Vibe: Stone and Von Hauske seem to teach their cooks dishes on the fly, creating an air of experimentation that’s exciting and nerve-racking at once.

Cocktail chatter: The restaurant gets its name from a hardcore band called Contra, of which Von Hauske’s friend was a member.

Soundcheck: A solid alt-rock soundtrack keeps the mood lively when the pace of dinner lulls.