Chef Daniel Boulud doesn’t do decent, so-so or almost great. Even as he branches out around the world—with outlets in Palm Beach, Beijing and Vancouver—the perfectionist chef is forever tinkering with even his most venerable spots.

Which is why it’s hardly surprising to discover that the food and service at DBGB—his first project downtown—are improving week after week. Though the affable dean of New York’s French cookery installed protg Jim Leiken to run his most populist venture, expect to find Boulud haunting the dining room until everything’s right.

The manic Bowery brasserie is fast becoming a very good restaurant, but Monsieur Boulud must surely have noticed that there’s still much work to be done. Even in a city awash in unruly menus, DBGB’s stands out for its kitchen-sink scope. Until Boulud has the common sense to pare the thing down, you may want to come with a shortlist of desired dishes—and a preemptive idea of the sort of evening you’re after. DBGB exists on so many levels that various members of a party can walk out with the sense that they’ve eaten in several different places.

One incarnation: an accessible brasserie, with simple soups and salads, and classics like roasted chicken, steak frites and salmon in cream sauce. This DBGB caters to Boulud’s core clientele, conservative diners making the trek to the Bowery from their uptown home base.

Another side of DBGB is a response to the current mania for high-end junk food. The chef, who helped kick off the trend when he introduced a foie-gras-stuffed burger in 2001, has opened a destination for sausages, burgers and beer.

The best way to get your head around the whole schizophrenic enterprise is to bring a large group and sample the range. To narrow your options, stick to dishes that play to Boulud’s strengths (he may be a New Yorker, but his food, like his accent, is still steeped in Lyon).

You might kick things off with a “petit” platter from the raw bar—generous enough for a party of four—featuring miniature oysters, mussels, clams, peel-and-eat shrimp, spicy tuna tartare and tiny bigorneau snails. While those small escargots might thrill only a Frenchman, for the rest of us, Boulud serves their plump cousins in a hot appetizer—out of the shell with tomatoes and mushrooms on a rich bed of garlicky persillade custard. If you order a feast from the menu’s disparate corners, the kitchen will gladly parse the dishes out slowly in three or four courses—following fine starter plates of bone marrow and mackerel rillettes with a few sausages and a shareable burger or two.

The links—there are a dozen to choose from, all made in house—cover a great deal of geography. The best of the bunch, not surprisingly, are the most typically French. While the Vermont, oozing melted cheddar, is dull and anemic, the Beaujolaise, infused with red wine, bacon and mushrooms, is a plump, flavorsome beauty. The highlight among the burgers, meanwhile, is the Gallic-themed Frenchie, featuring a grill-marked hunk of pork belly, stinky Morbier and tomato-onion compote (the Piggie, topped with Daisy May’s barbecued pork, is simply misguided, the pork overwhelming everything else on the bun).

If you’re feeling particularly gluttonous, you might make those burgers and sausages the halfway point of the meal—following up with haute bistro fare like tender pink duck breast with boozy cherries, marcona almonds and creamed spinach molded like a terrine.

Even after so much indulgence, you’ll certainly have room to at least share a sundae. What the savory kitchen does for burgers and hot dogs, DBGB’s pastry department accomplishes for the childhood treat. The selection includes a cherry-themed masterpiece layering cherry-flavored kriek-beer ice cream, spiced speculoos cookies, anglaise custard and mini meringues. If the dinner you’re finishing took a straight-up bistro route, you might cap off instead with the Grand Marnier souffl, textbook airy with a fine golden crust.

DBGB, for now, is whatever you want it to be. Check back in six months and it may be something else.

Drink this: The beer list, among the most impressive in town, is as overwhelming as the menu itself. Although no beer sommelier materialized on my visits, the waiters made a valiant attempt at guidance (the menu could do with a few printed pairing suggestions). The citrusy Bitter and Twisted pale ale from Britain ($10) and dark chocolaty St. Bernardus Tripel from Belgium ($9) are among the more intriguing suds on tap. Eat this: Plateau de fruits de mer, escargots with persillade custard, bone marrow, Beaujolaise sausage, Frenchie burger, duck with cherries, kriek sundae Sit here: Try your luck, if you didn’t reserve way ahead, for a drop-in seat up front near the bar. The dining room, which can be deafening, features bistro tables and a more secluded wall ofcozy booths. Conversation piece: Beneath an eclectic collection of copper pots, which double as decor, a series of plaques reads like a who’s who of the international food pantheon. Among this collection of the world’s greatest culinary talents—Ferran Adria, Thomas Keller, Alain Ducasse and Alice Waters. 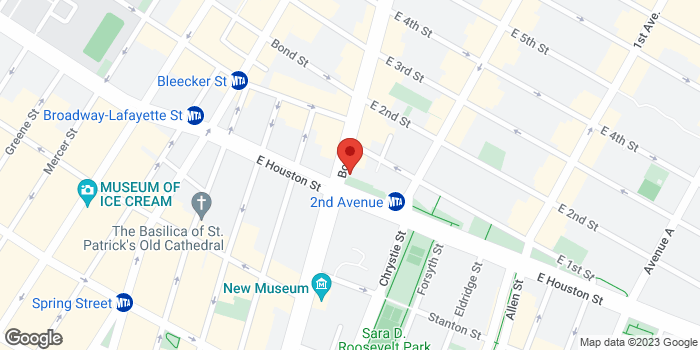