Restaurants, Vegetarian Lower East Side
Recommended
3 out of 5 stars 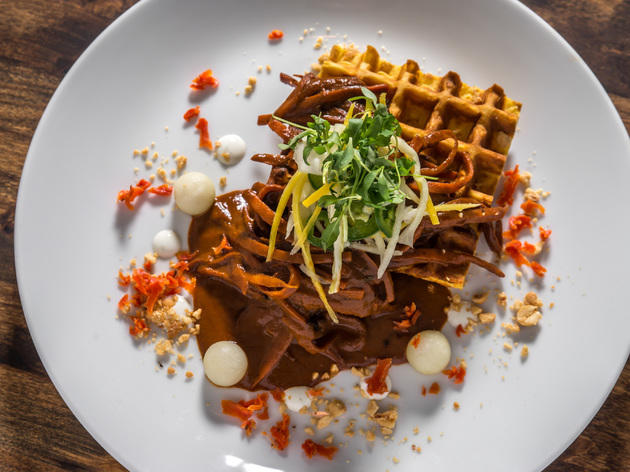 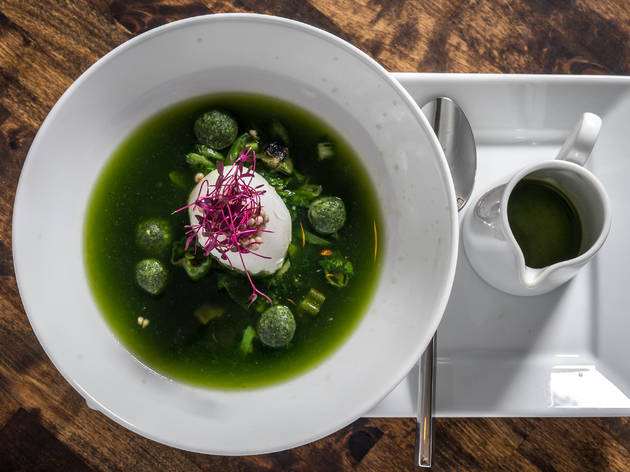 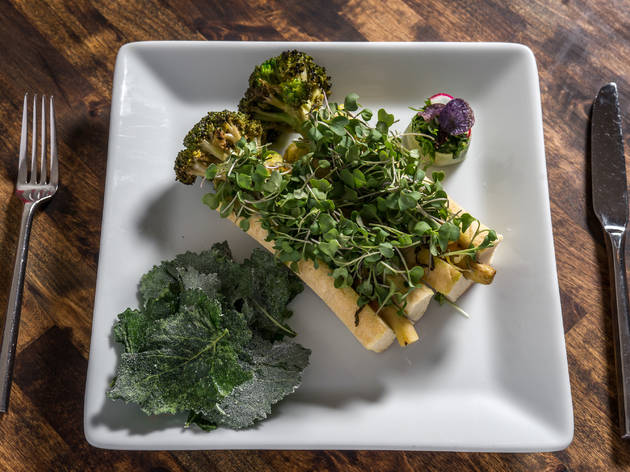 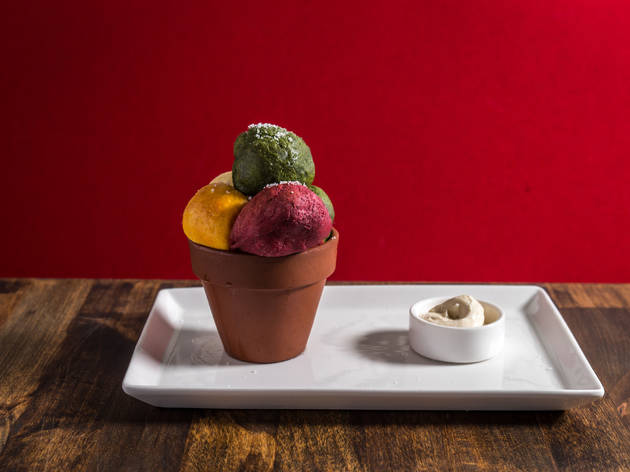 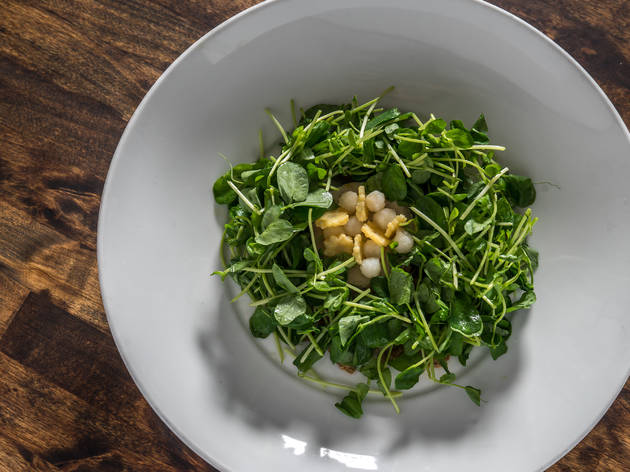 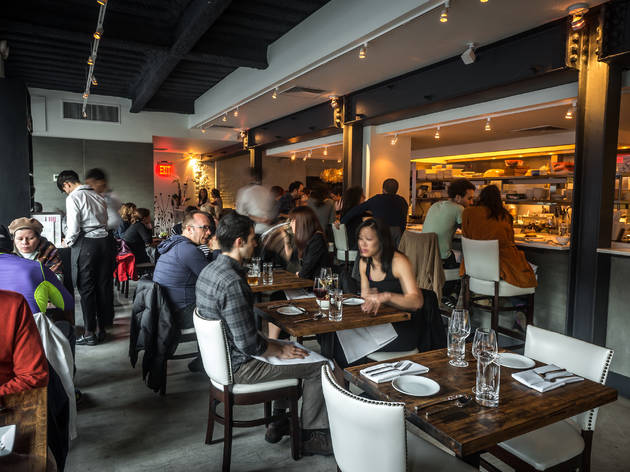 If there’s anyone you would want guiding you through the cumbersome world of vegetarian eating, funked with alfalfa sprouts, patchouli and meat shame, it’s plant-focused pioneer Amanda Cohen. Deferential but never soap-box didactic, clever but not overly precious, Cohen pulled herbivorious cooking out of the niche market with the original Dirt Candy, one of the most prominent champions of the genre, well before vegetable-forward was the gastro buzzword on every menu.

At that closet-sized, seven-person–staffed East Village dining room, which closed this past August to make way for this sleek, more spacious iteration on the Lower East Side, Cohen bucked the hackneyed health-nut tenets of vegetarianism, shellacking her plants in butter and cream, and added a jolt of joy to an otherwise sober demographic.

That subversive ethos is still at play at the new 60-seat restaurant, despite its buffed-up, monochromatic appearance. Cohen gives brussels sprouts the taco treatment ($30), grilling the bulbs on a slab of lava stone and serving them large-format and DIY-style with a smattering of toppings (smoked avocado, pickled red onion, salsa verde) and lettuce cups in lieu of tortillas. Slices of butternut squash sub in for chicken in her scallopini, dotted with harissa-labna balls and green chermoula ($23).

Some dishes ascend to crave-inducing—see the drunchie-primed, vodka-tempura–battered Korean fried broccoli with garlic-sesame sauce ($6)—but others fall flat, like carrot-flecked waffles piled with pulled, pickled and jerked carrot ($25), smacking of the root crop and little else (a muddy peanut mole did little to help matters). A visually arresting dish devoted to mushroom ($14), with spheres of portobello mousse hiding beneath rounds of truffle toast and sautéed sheets of Asian pear, never fully rallies its disparate components.

There are bitefuls of genius, though, like when you snag a curve of supple, salty poached egg in the earthy kale matzo-ball soup ($13) or a thrumming slick of mapo eggplant ($24), with water-chestnut balls and fried batons of baby eggplant adding crunch to contrast a creamy swatch of eggplant flan.

Despite some missteps, the sheer liveliness of Cohen’s cooking is infectious, whether she’s tucking spinach into a mille-feuille or onion into a chocolate tart. Hers is a meat-free world we don’t mind living in.