Restaurants, Seafood Upper West Side
3 out of 5 stars 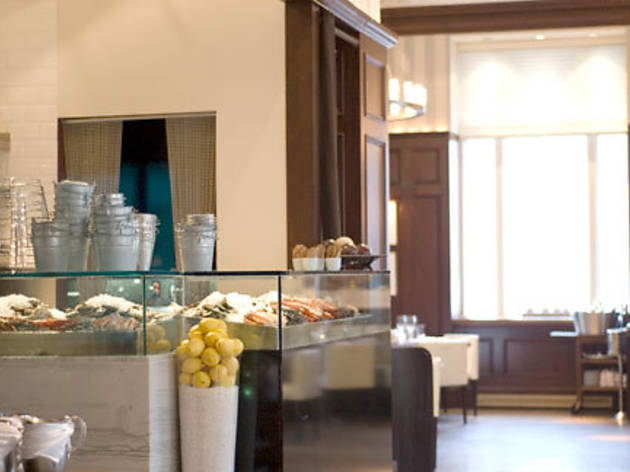 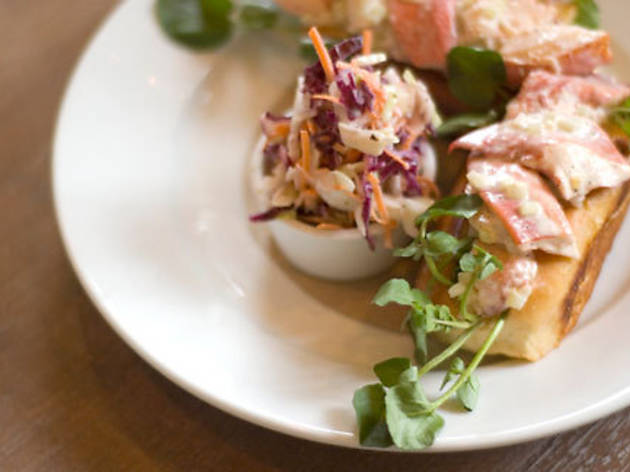 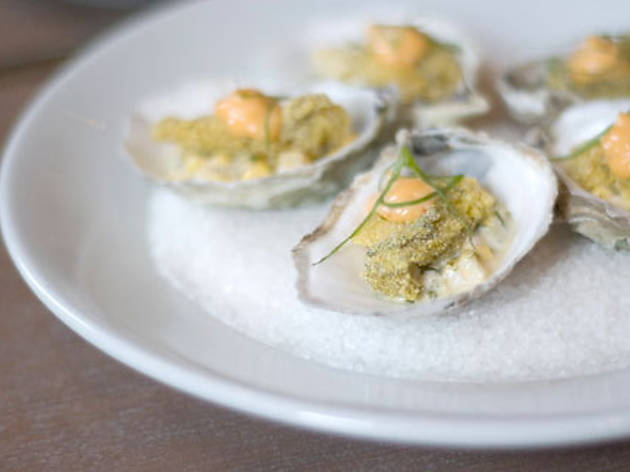 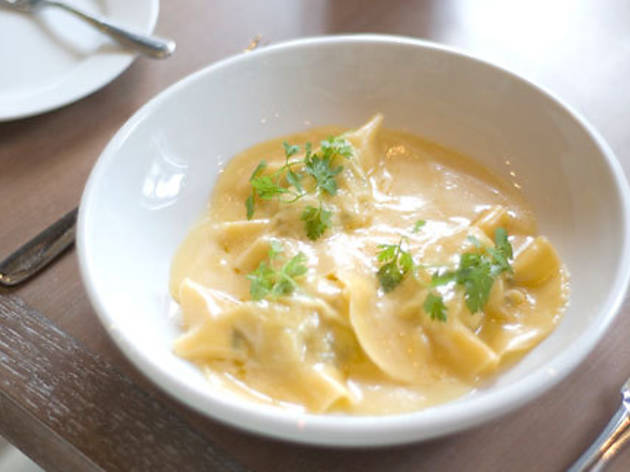 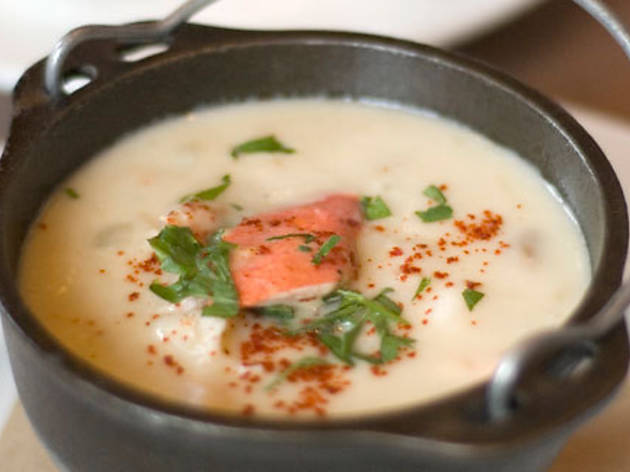 Jeffrey Chodorow, Teflon don of the restaurant business, has done prime-time battle with Rocco DiSpirito, tangled with the Times (with a full-page ad refuting a Frank Bruni review) and grappled with critical flops all over the city. And yet the restaurateur remains a big player—wealthy, high-profile and relentless. At Ed’s Chowder House, one of his newer projects, he’s banking on the aquatic savvy of the marquee chef.

Ed Brown, who’s lent his name to the enterprise, knows his way around seafood. It’s been his specialty for nearly two decades, first at the Sea Grill and more recently at eighty one, his high-end solo venture uptown. The Chowder House, where he’s listed as “chef-collaborator”—Chodorow veteran Jamie Knott (China Grill, Asia de Cuba) runs the kitchen—is Brown’s return to accessible food.

Chodorow, forever hunting for the next China Grill (one restaurant he’s successfully spun into a national franchise), has fashioned an up-market fish shack about as ready to ship out to the heartland as the P.J. Clarke’s next door. The dining room’s seaside motif, from designer Jeffrey Beers, includes jars of lemons, photos of boats, a bowl of saltwater taffy on the host stand and other unsubtle thematic touches. While the decor might be simple to replicate, Brown’s dexterity with seafood is not as easily cloned. His menu covers more ground than it reasonably has to, with classics and basic grilled fish alongside ambitious composed plates.

But the diners seem mostly drawn to simple stuff done the way they like it (I was surrounded by “sauce on the side” gripers one night)—which is a shame. Brown has a master’s talent, but at Ed’s Chowder House, it mostly seems wasted.

While there are certainly dishes worth making a trip for, the restaurant—across the street from Lincoln Center—is less destination, more pre- or postshow convenience. The chowders at the core of the concept come in miniature cauldrons, or tiny white bowls if you order the sampler of crab, corn and clam. Though a trio of soups makes an odd start to a meal, they’re all thick, rich and lavishly seasoned—if completely straightforward. The New England clam chowder, the best of the three, features big hunks of bivalves and extra-smoky bacon.

Brown doesn’t mess much with the classics. Meaty mussels, in one starter, are steamed in a basic white-wine garlic broth that’s got a habanero kick (the waiter will warn you). Fried oysters, in a traditional cornmeal crust, are returned to their shells with a creamy corn-and-jalapeo relish, while their raw-bar cousins, expertly shucked to retain big puddles of liquor, are offered only with time-honored condiments—cocktail sauce and mignonette. It’s all well executed and impeccably fresh.

Brown’s lobster roll, a buttered brioche bun jammed with enormous lobster nuggets slicked with preserved-lemon aioli, is on par with the best in the city. Instead of chowder, it ought to be the restaurant’s signature dish, but “Ed’s Lobster Bar” was already taken. Fish, too, is handled with care. Striped bass fillets seared without skin—served over roasted root vegetable and bacon hash—may not be terribly exciting, but the technique is beyond reproach.

The most compelling food is also the most out of place. Brown has slipped a couple of eighty one-caliber dishes into the mix—evanescent scallop ravioli in a vin jaune beurre blanc, outstanding risotto stained green from pureed arugula and topped with sweet rock shrimp.

Service is where Ed’s falls short. The waiters, trying as they might to stay cool, struggled too much—a fish requested grilled showed up seared and drowning in butter, and news that the drinks ordered with entres were both out of stock arrived only after the dishes were eaten.

Desserts, a recitation of homey treats—buttery blueberry cobbler, sweet jiggly lemon meringue pie and warm doughnuts (is there anyone these days not serving them?)—are solidly executed but, like much of the menu, pander to the clientele’s least adventurous impulses. Chodorow, of course, is a businessman first.

Drink this: The cocktails, as retro as most of the menu, include fine potent Bloody Marys and mai tais. The wine list, with many bottles in the $30s and $40s, includes a solid selection of crisp, fish-friendly whites, among them an offbeat Italian vernaccia ($38).

Sit here: The casual Chowder Bar, which features stools around a polished agate quartz bar, serves an abbreviated all-day menu of soups, sandwiches and raw-bar snacks. The sprawling dining room is a more sedate affair, with views of Lincoln Center.

Conversation piece: The enormous photos of fishing boats and seaports by Tom Eckerle, a food photographer, were all taken on Long Island.