Those who obsessively follow the travails of New York chefs know the story of Alex Stupak by heart. The toque, who built a reputation as one of the country’s edgiest dessert stars at Alinea in Chicago and wd~50 on the Lower East Side, famously flipped from avant-garde sweets to Mexican street food last fall, sending shock waves through the Gotham food scene. That restaurant, Empellón Taqueria, was his first project as headliner. But some critics (like this one) weren’t as inspired by the former pastry chef’s radical shift.

Still, the place was a hit from Day One—popular enough, in fact, to have already spawned an offshoot. The new spot, the taco-free Empellón Cocina, is a return for the chef to more familiar territory: not a sugary retreat, but a step back toward his haute-cuisine roots. This second venture may look more casual than the first—as dark as an East Village saloon, with walls covered in Day of the Dead paintings and a trippy blue rooster out of some peyote-popping fever dream—but much of the food is more creative and high-end than the setting suggests.

Some chefs are like gastronomic Margaret Meads, quick studies in replicating the food of cultures far from their own. Stupak, a notorious tinkerer, is much more original. Everything here is designed for sharing, and a table cluttered with his most impressionistic fare feels Mexican only in the most cosmopolitan sense.

Miniature roasted carrots, in one boisterous small plate, arrive sprouting from an earthenware bowl that’s been artfully streaked with cool yogurt and sweet-spicy mole. And a jagged forest of baby lettuce and fresh masa crackers, propped up by chilled sea urchin mousse and topped with miniature shrimp, is just as wild, with an intense ocean flavor. Another beautiful abstraction features black mole splattered like a Rorschach blot around seared calamari curls, an explosion of super-savory elements with fried potato nuggets and drips of chorizo mayo.

If there were more dishes like these on the menu, the new Empellón might be a transcendent restaurant. But for every upgraded Mexican triumph—the chunky guacamole with shelled pistachios, the queso fundido with sweet lobster meat—there’s a flawed attempt at regional accuracy. The chef’s spin on a traditional tinga from Puebla—a peasant stew made here with shredded duck leg and chorizo—has no real depth, with rare slices of duck breast lost under the muddy sauce. And leathery pork ribs are monochromatic too, the chewy meat drenched in a one-dimensional Oaxacan-style gravy made with roasted tomatoes, pasilla chilies and cinnamon.

Desserts, which are the purview of Stupak’s wife, Lauren Resler (a former pastry chef at Babbo), do a better job of bringing high-end polish to real regional tastes. Her marquesote—a traditional jam-topped Mexican sponge cake—arrives deconstructed, the moist cubes of vanilla cake surrounded by bitter orange marmalade, crumbled brown butter streusel and café con leche ice cream. Another refined-rustic creation features a study in sweet plantains—candied, mashed, dehydrated and made into ice cream—in and around a warm shortcake biscuit.

Stupak’s best work at Empellón Cocina is exciting and thoughtful—the kind of food you’d expect from a veteran savory chef, not a newly minted renegade. The more he accedes to his wildest instincts and forsakes the culinary anthropology, the clearer it becomes: Stupak has the makings of a master.

Drink this: The bar has one of the most comprehensive selections of mescal in New York, with 41 different selections in 1.5 ounce pours, ranging from the cheap and potent Scorpion blanco ($9) to the complex and exorbitant Del Maguey Pechuga ($38). Try the Fidencio Classico with a pickled-tomatillo-juice chaser ($6). The extensive list of artisanal cocktails includes the Hecho en Humo, an intriguing mix of El Mayor tequila, black-walnut bitters, an intense reduction of Mexican Coke and a hint of real smoke.

Sit here: The front bar is loud and rowdy—a good place for a strong drink and some snacks. The dining room back toward the kitchen is a much more relaxed place for a full meal.

Conversation piece: The wallpaper images—of a black-and-white Pancho Villa and his rebellious compadres—were taken from the pages of a Mexican history book. A street artist named Gaia, whom Stupak met while walking around NYC, did the blue rooster and other graffiti-ish work in spray paint on the walls. 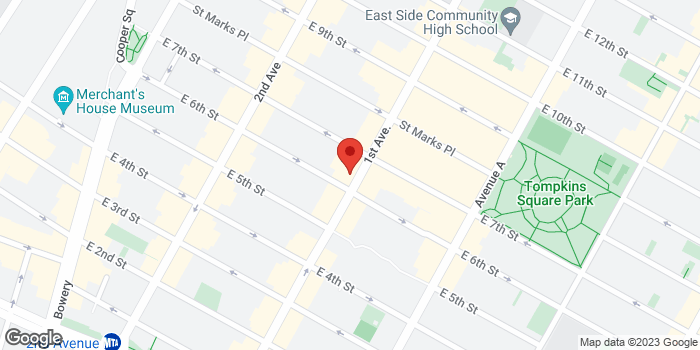