A new red sauce joint in a familiar old space

When the restaurant Two Toms closed in the last days of 2019 after 71 years in Gowanus, a wail of grief echoed through the streets. It was the kind of place that people love to love: A real neighborhood staple built for locals who still refer to Manhattan as “the city,” and a magnet that allowed Uber-riding visitors from that antiquated misnomer to think they’d “discovered” something “off the beaten path.”

Two Toms was also the kind of operation that made you a little fearful for its inevitable replacement. Even its caveats, like reliably irregular availability and dated decor, were charming. It was, to recall another cliche, a tough act to follow. But Fai Bene does its space’s prior inhabitant justice.

The interior’s been given a complete refresh, most notably by removing the famed dark wood paneling and lightening everything up in sandy hues that skew more lake house than the former basement rec room aesthetic. Stripped of the vertical blinds and neon “2 TOMS” glow that previously obscured the restaurant’s one picture window, natural light now shines in. Gone, too, are the exterior awnings that once gave the squat facade a residential feel. As Fai Bene, the place still has character; it’s just updated and, mercifully, not dining out on that of the earlier iteration.

Reservations are accepted but weren’t necessary on a recent weeknight visit. It’s BYOB with a $10 corkage fee pending a liquor license, with room in the back for bottles-in-waiting to chill. Complimentary bread baskets filled with saucy tomato-topped focaccia squares are a familial detail and the first indication that Fai Bene is comfortably in the red sauce genre of Italian restaurants.

In addition to the free bread, Fai Bene’s long menu is also a throwback to the not-too-distant past, divided by darling stock graphic banners into pasta, chicken, veal, pork, steak, seafood and pizza, among other categories. (Another new area restaurant we are fond of has half as many entrées as Fai Bene has title cards.)

The grilled octopus ($14), under the “hot appetizer” banner, is excellent. Boiled then grilled, the informally plated tentacle with an aubergine watercolor surface is served atop a pile of mixed greens with a couple of lemon wedges on the side. Its aspirational texture achieves the desired yielding firmness that’s so often overshot, and its bright, refreshing notes are allowed to sing, unencumbered by the overpowering char we’ve become accustomed to in many beautifully presented octopus dishes lately.

Another red sauce favorite, the fried calamari ($12), is also good, and also seems to benefit from a little restraint. It’s more lightly coated and fried than many, retaining a faint squid taste that’s enhanced by a citrus spritz rather than wholly flavored by it.

Most of the pasta options you’d expect are here, too, plus a lovely pappardelle with porcini mushrooms, prosciutto and asparagus ($15) and a couple of bucatini dishes in tomato or white wine sauce (both $13). And in keeping with themes, Fai Bene’s peak-form veal Parm ($15), crimson with red sauce and blanketed in mozzarella in the exact image you’re envisioning right now makes the most convincing case for a designation in the “just like the personal matriarch of your choice used to make” class.

Fai Bene is exactly the type of place that’s a boon to have nearby: easy to walk into with good food, variety worth returning for and a few dollars less than it could probably get away with. It’ll take another seven-odd decades to see whether it earns Two Toms levels of devotion, but it’s off to an excellent start. 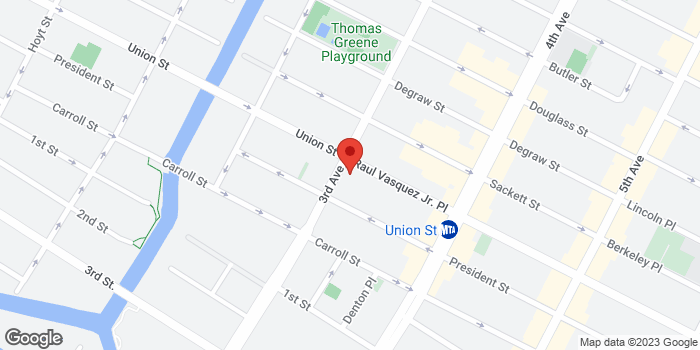