Restaurants, American Gowanus
3 out of 5 stars 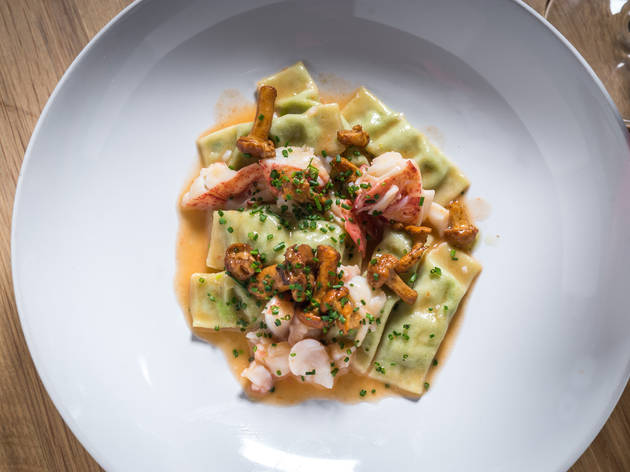 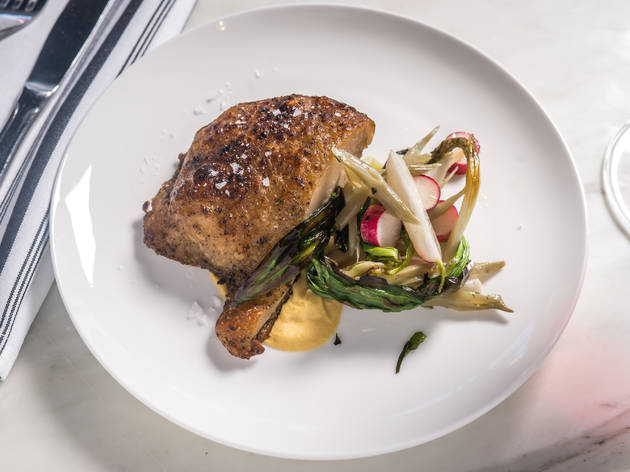 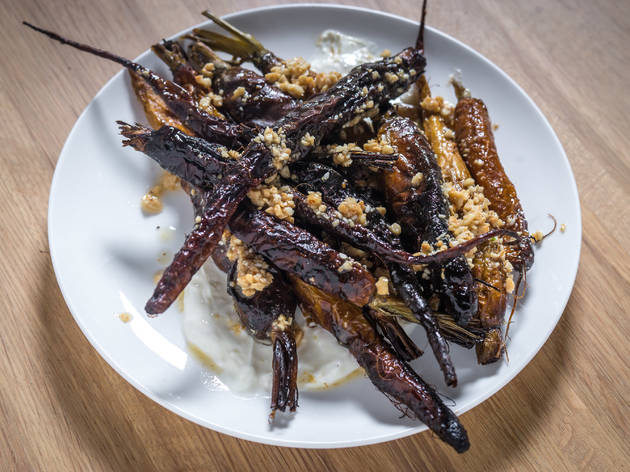 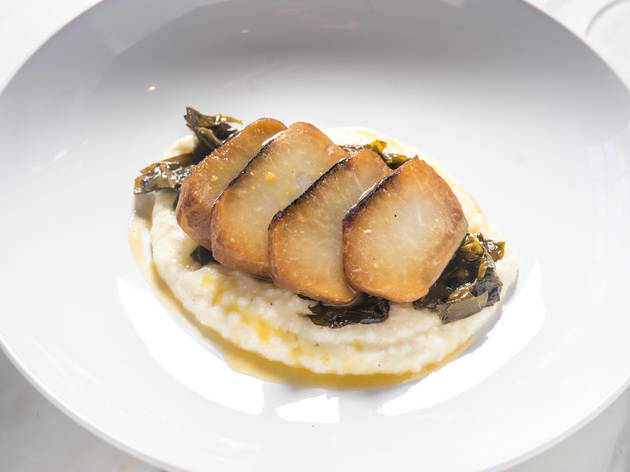 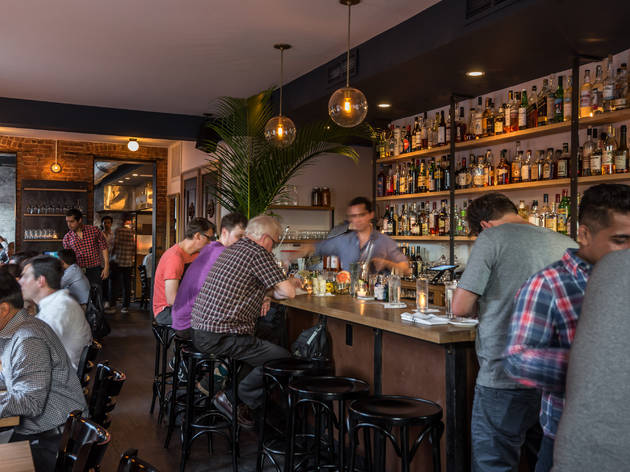 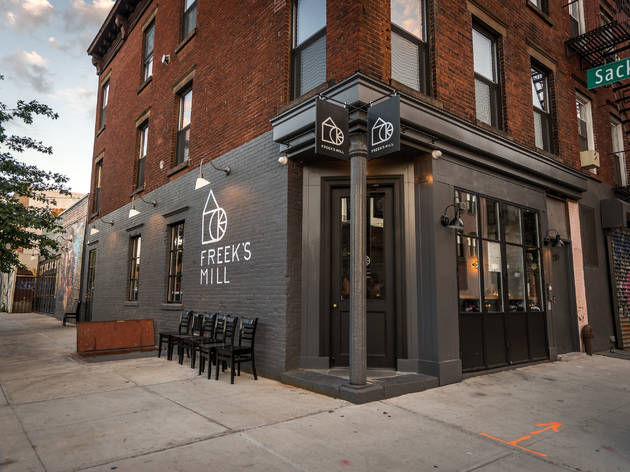 A long, long time ago—well before the seemingly radioactive sludge and the wayward sea mammals—the Gowanus Canal was home to a creek of earthly color, where actual wildlife flourished and provided Dutch settlers with sustenance. And along the banks of that creek was stationed the 18th-century gristmill that gave farm-to-table newcomer Freek’s Mill its name and credo.

It’s an agrarian spirit that the restaurant—owned by Casa Mono cohorts J.T. Stewart and Maxime Giordani, and overseen by chef-partner Chad Shaner (Union Square Café, Gotham Bar and Grill)—heartily sticks to in appearance and on plate: Firewood is stacked next to the open kitchen, with logs thrown into the domed hearth when flames are low; first-daters sip chenin blanc (along with cru Beaujolais, partner-somm Alex Alan’s wine list puts a quirky premium on the French Loire Valley white) next to a portrait of happy pigs; and gingham-shirted waiters issue out corn custard and roasted poussin to similarly folksy-dressed diners in the unfussed brick-walled room. It’s bucolic Brooklyn—perched on the edge of a Superfund site.

The menu as a whole is less than idyllic, however. You can spend a fine evening with a glass of clay-aged Georgian qvevri wine (find it tucked between the French stuff) and small plates, like soft pulls of stracciatella cushioned over a bed of cubed melon and almonds ($16); slips of smoky barbecued kohlrabi, served with grits and mustard greens ($14); or a crispy, sambal-spiced soft-shell crab on a slick of cashew butter ($14).

There’s little price or size discrepancy, however, between those “small” plates and obvious mains like the poisson ($17) and an excessively fatty hunk of roasted pork jowl ($17), featuring pickled radishes and sharp Dijon that work overtime to cut through the lard. When a lobster pot pie ($25)—a thin, bisque-like arrangement beneath a disk of corn bread—arrives smaller than the starter that preceded it, that vision of bucolic Brooklyn looks like just another small-plates sham.