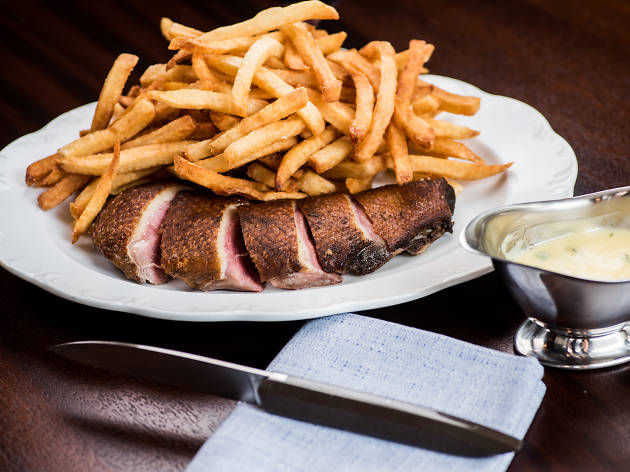 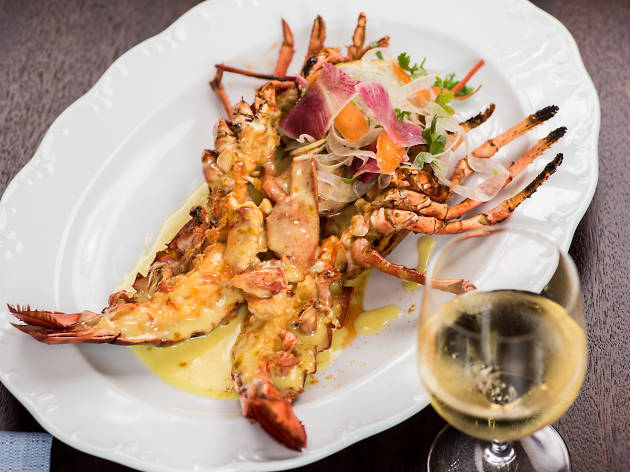 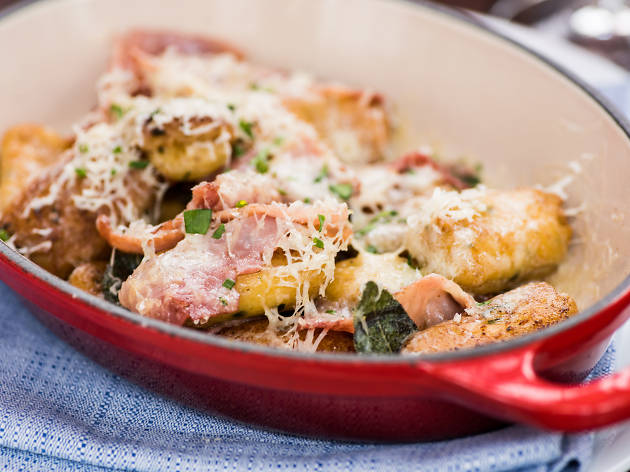 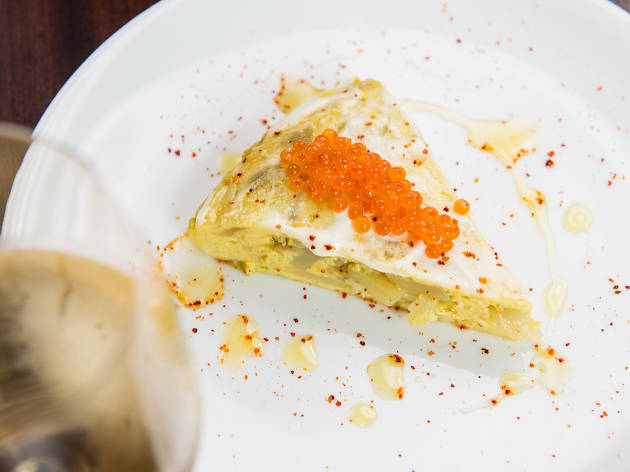 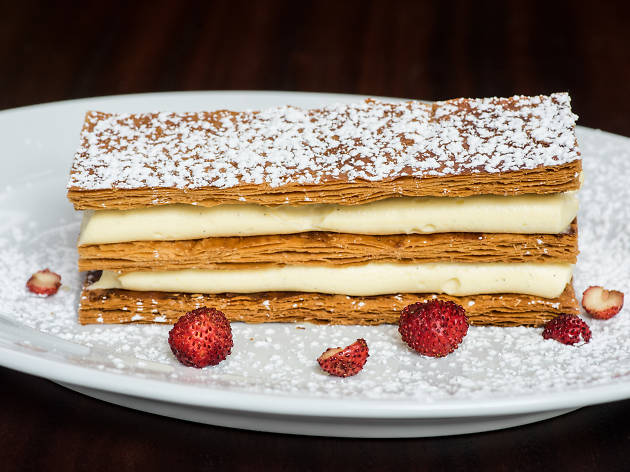 It’s 5:54pm on a Thursday. Packs of bankers and Tribeca moms sip spritz cocktails side by side in the light-drenched bar while a saxophone rendition of “My Favorite Things” plays gently over the speakers. I, on the other hand, stand in the corner with the other schmucks who didn’t make a reservation. I’ll admit it, I didn’t book a table, but I did try. With tables available 10 days in advance on Resy (now you get 14), I pressed my luck nine days from my desired date and struck out. When I approached the maître d’ and whispered with shame that I was sans reservation, a look of sadness washed over his face, as if constantly turning away guests was finally starting to get to him. I took the next available table for two in the dining room, at 10pm.

The hours-long wait speaks for itself: Everyone wants a taste of Frenchette, the inaugural solo project of chefs Riad Nasr and Lee Hanson. The modern Parisian brasserie below Canal Street follows the duo’s previous work with the McNally empire, in which they helped open Balthazar and Minetta Tavern, among other ventures. Just like this pair of New York dining institutions, Frenchette is destined to join their immortal ranks.

They’re not trying to reinvent the French wheel but drive home classics in a more refined (and pricier) manner than your average bistro. A wedge of Spanish tortilla offers a surprisingly airy take on the often-heavy pintxo, with the welcome addition of trout roe for a briny pop. Thinly sliced mortadella over toasted brioche revives the childhood memory of a bologna sandwich, without the paper bag. A perfectly rendered duck breast is served alongside the generous pile of golden french fries you’ve always deserved. So, while you won’t have any gustatory revelations, you will have a relatively flawless experience, from the all-wood-and-brass decor and plush leather booths to the intricate dance of the waitstaff as they offer you warm and attentive service.

As we finished our mille-feuille around midnight (again, no bells and whistles, just the best version I’ve had outside of Paris), this six-hour dining experience came to an end. The moral of the story: Don’t have any reservations about booking a table, but do have a reservation.