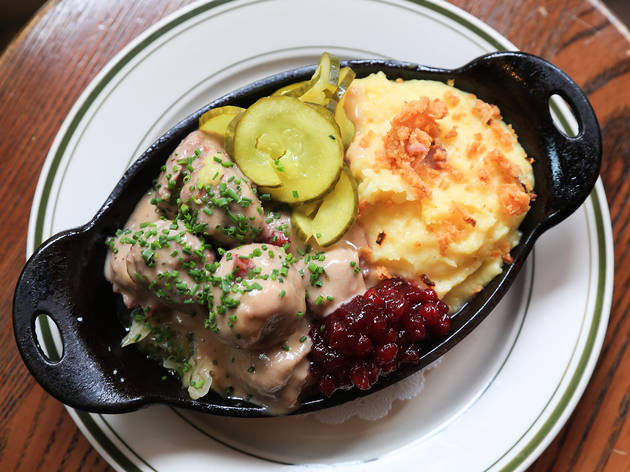 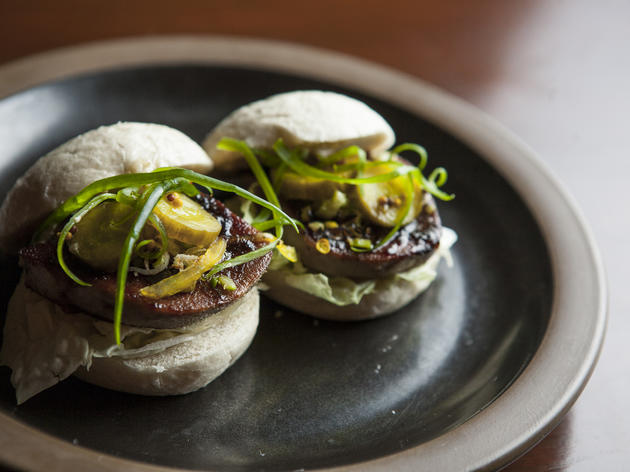 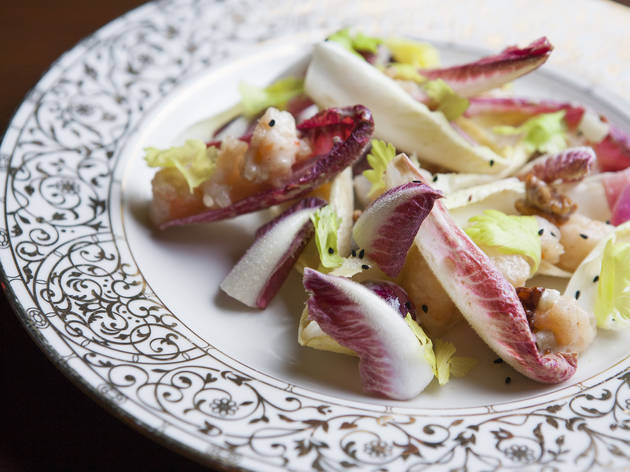 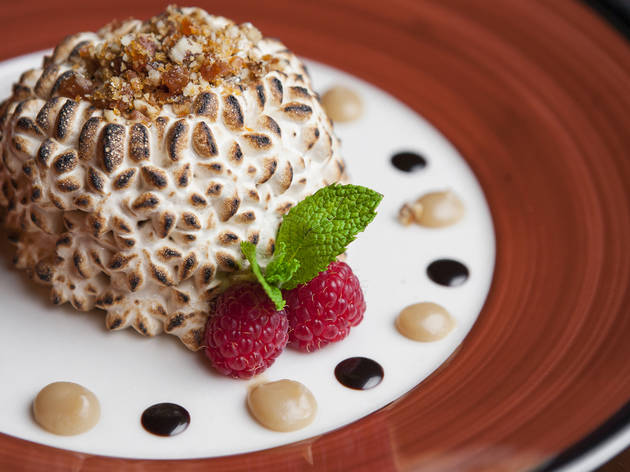 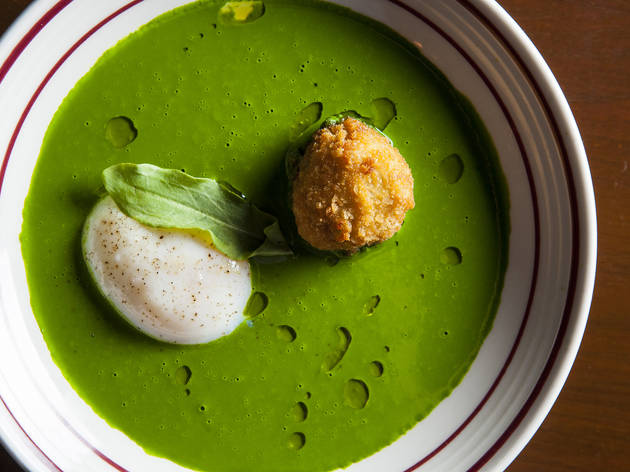 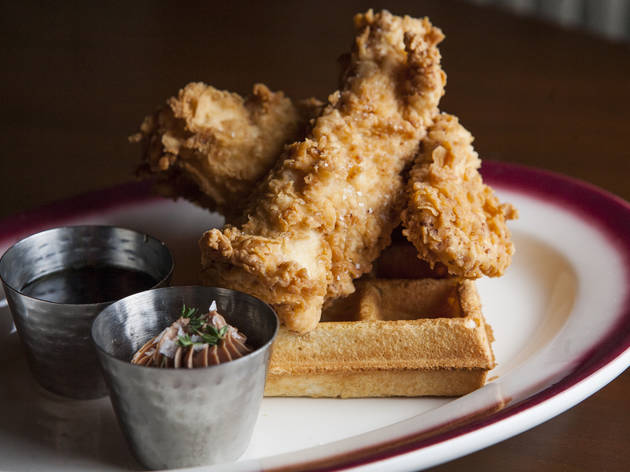 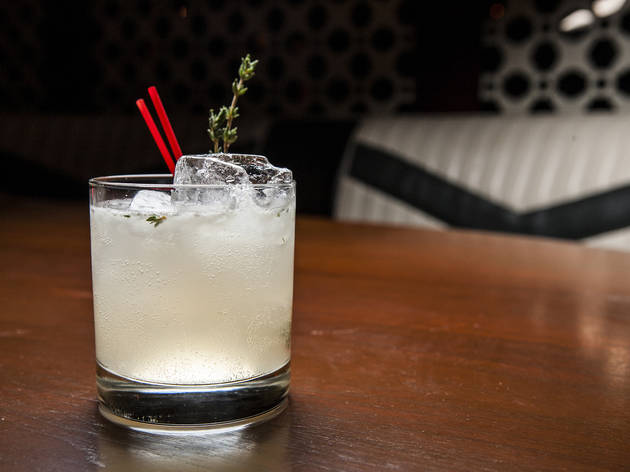 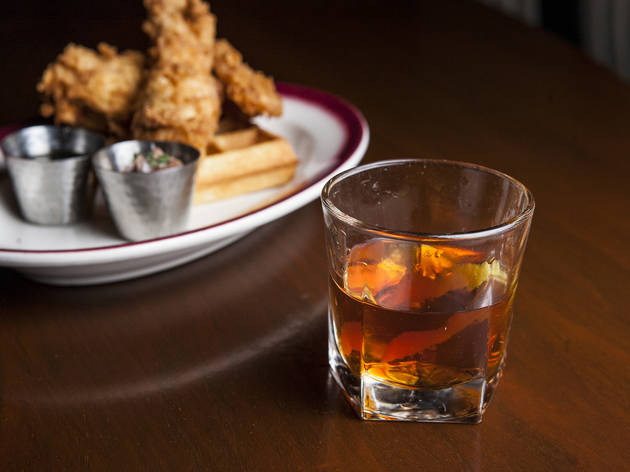 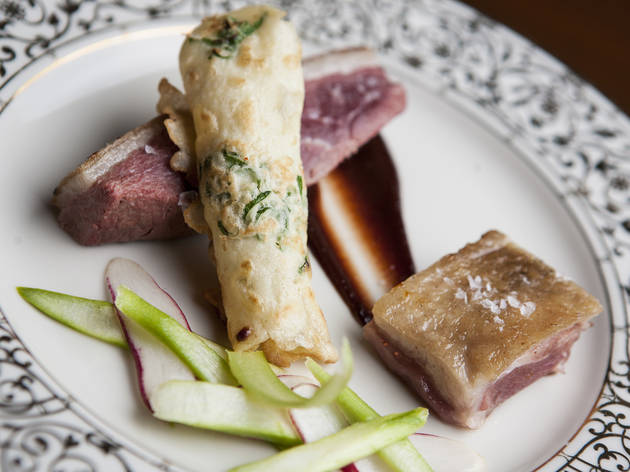 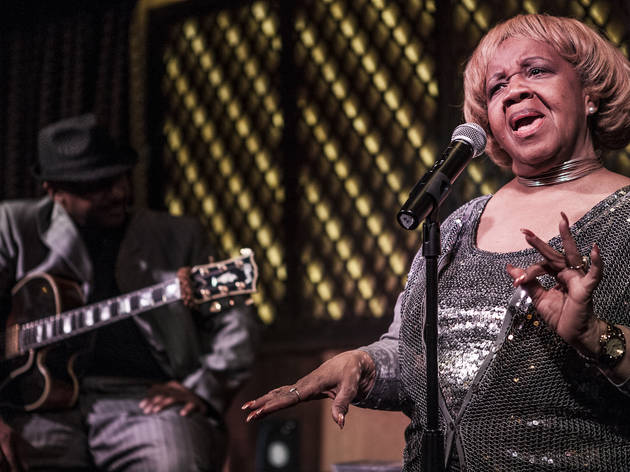 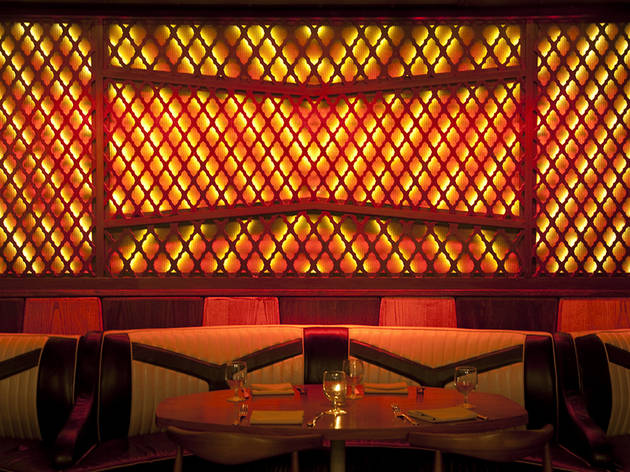 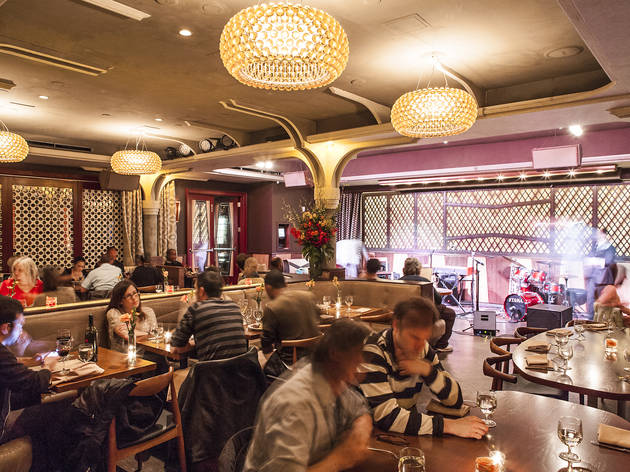 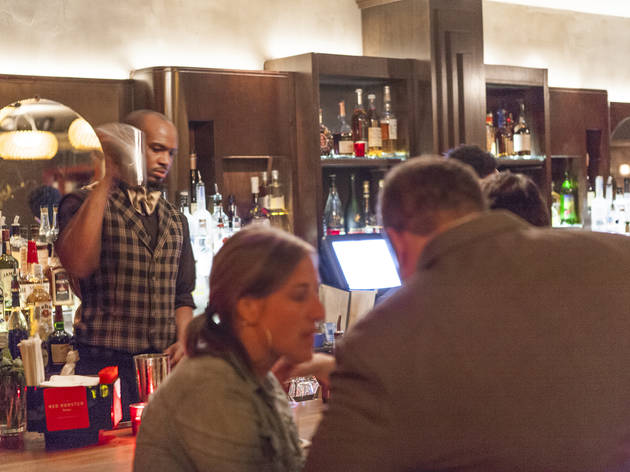 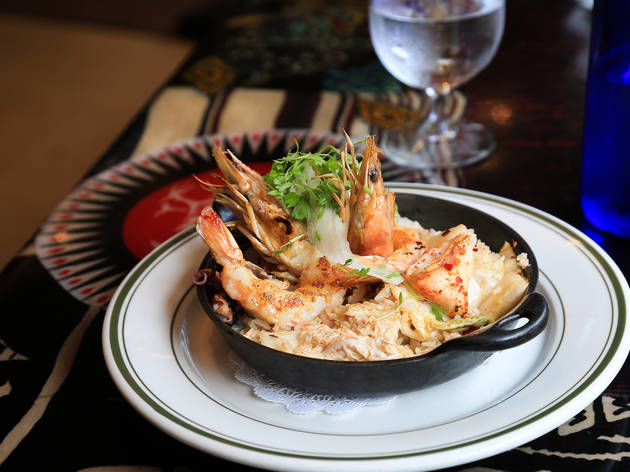 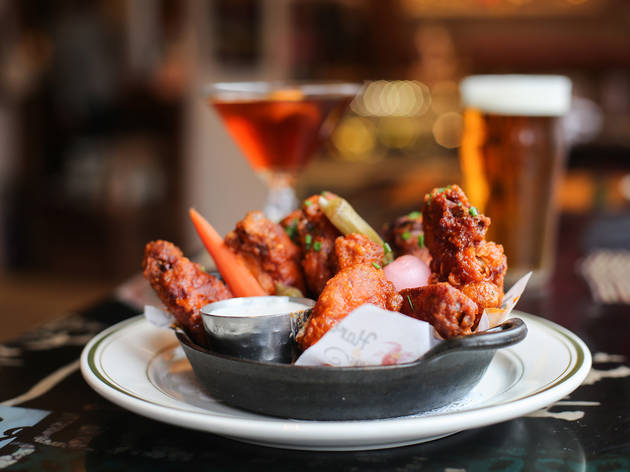 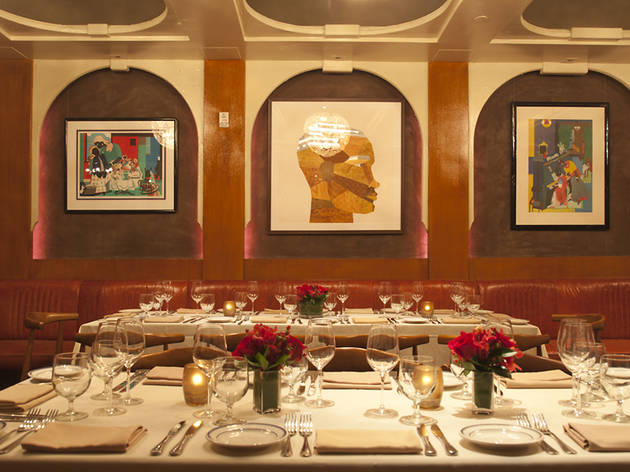 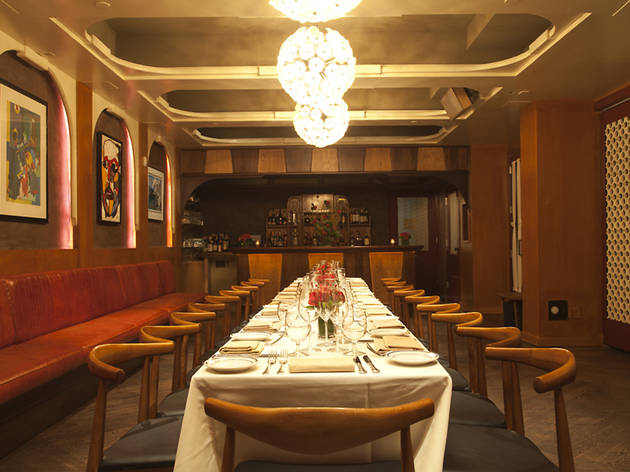 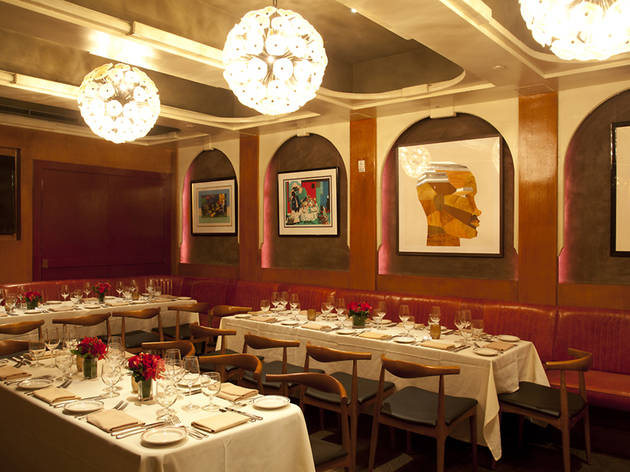 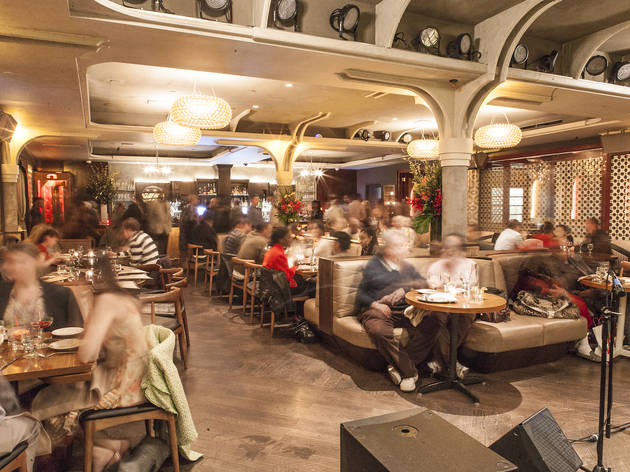 Red Rooster Harlem may be a restaurant first and foremost, but anyone who’s made the trek is just as likely to tell you about the scene: Marcus Samuelsson’s uptown gamble is a certified hot spot, with a nightly scrum as lively and diverse as any in town. Thankfully, some of the folks who have been lining up three deep at the front bar can now slip downstairs to Ginny’s Supper Club, a sprawling basement lounge modeled after the Harlem speakeasies of the ’20s. With its own menu, cocktails from star mixologist Eben Klemm and a steady lineup of live music, the venue seems to have caught fire overnight. If you thought the Rooster was hopping before, now’s the time to circle back for the second act.

DRINK THIS: The cocktail list is by turns classic and playful, with the most interesting options taking cues from Samuelsson’s Scandinavian roots. Dark-spirits enthusiasts might kick things off with a smartly tweaked Sazerac ($13), which deploys caraway-infused whiskey to evoke a slice of Nordic rye bread. There are less brawny options as well, like the easygoing Good Times ($12), which draws out the refreshing botanicals of gin with lemon, Dutch’s Colonial bitters and a fragrant sprig of thyme. Pairing the eclectic cocktails with globe-trotting eats can be a tricky endeavor. If food is high on your agenda, a serviceable collection of wine and bubbly should see you through; sadly, the beer list is a flop, highlighting international mass-market brews over craft options.

GOOD FOR: Dinner and a show. The throwback gentility of the supper-club experience, which seamlessly incorporates eating and drinking into live entertainment, is essential to Ginny’s appeal. The nightly lineup of bands and DJs includes the Rakiem Walker Project—an ensemble featuring Red Rooster waiters—on Mondays and an open-mike night on Wednesdays, but there are plans to bring in big-name acts as well. Keep an eye on redroosterharlem.com for updates.

THE CLINCHER: In an area where the food landscape is still evolving, Ginny’s offers a fresh option for locals who have already worked through Red Rooster’s bill of fare, or who are looking for a boozier feast with friends. Chef Jeremie Tomczak embraces the global sprawl of old-school supper-club menus, delivering shareable small plates (called “relishes”) and modestly sized entrées that range from reimagined steamship fare (lobster Thermidor, baked Alaska) to revisionist Chinese and nouveau Caribbean. Thus far, the results are hit-and-miss. Steamed buns ($11) get an outré Caribbean upgrade with jerk veal tongue; the meat is tender, but the sweet jerk sauce wants for spice. The 5 Spiced Duck, too, fails to provide any kick, instead pairing fat-stippled duck breast with a cloying cherry-hoisin sauce. The safest bet is the buttermilk-battered Bobo Chicken and Waffles ($22), served as a breast-meat chicken strip and chicken confit pressed into a square.