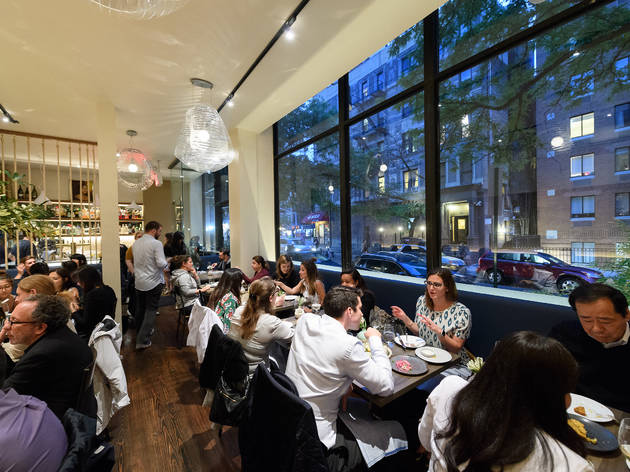 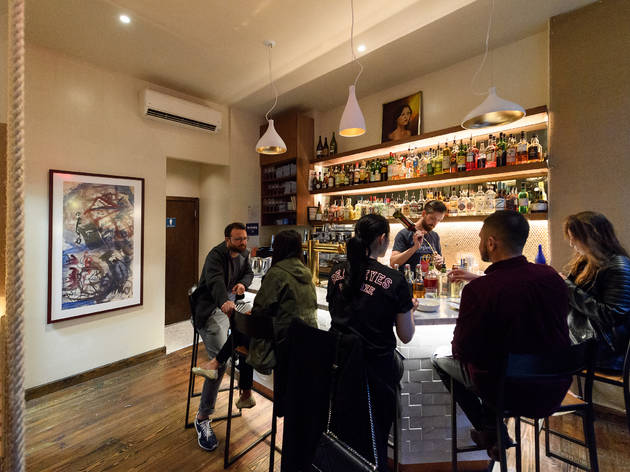 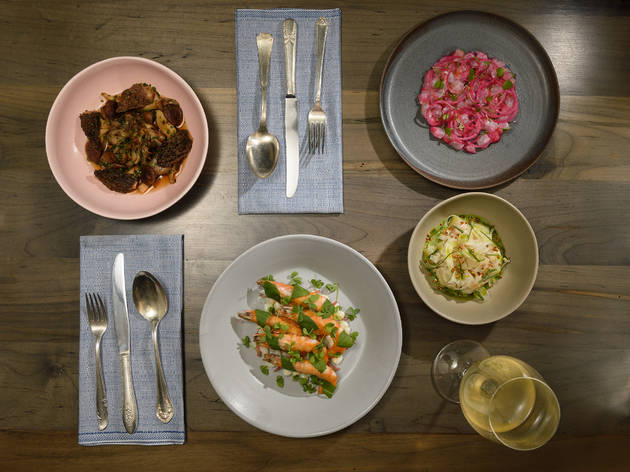 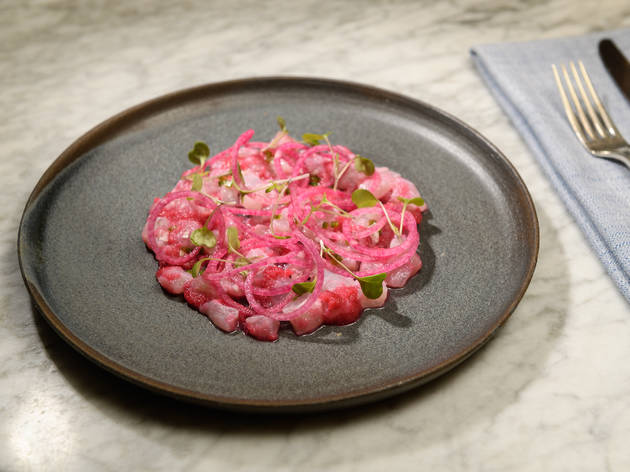 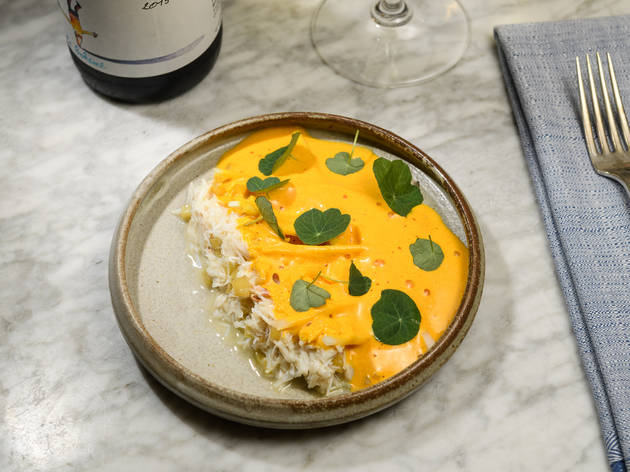 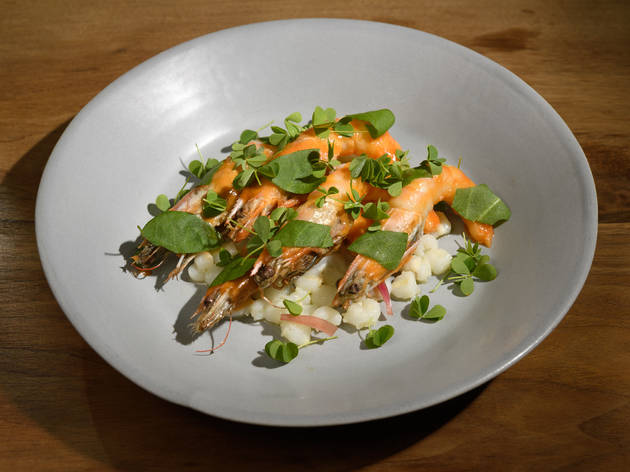 Gluten-free, paleo, raw— New York has restaurants for every niche diet. But exclusively pescatarian eateries are rare in Gotham’s food landscape and even more so in Hell’s Kitchen, a neighborhood more taken with quantity than quality when it comes to dining options. The closest in seafood-focused spirit is Mario Batali’s nearby Esca, but even that kitchen upholsters its baked scallops with nduja sausage and tosses its linguine and clam sauce with pancetta.

Gloria, the pescatarian newcomer from seasoned Contra cohorts Diego Garcia and Phil Johnson, doesn’t utilize meat even as a garnish or a stock base. The only flesh available is strictly of the fish sort: about a dozen sustainable varieties all sourced from the Eastern Seaboard. Such Atlantic origins yield fresh catch like skate wing, done up with tomatillo sauce and nopal pads in a nod to chef Garcia’s Mexican heritage ($24), and black bass, rendered as a rosy tartare topped with crisp ribbons of watermelon radish and chopped jalapeños ($16).

Garcia’s experience as Eric Ripert’s sous at Le Bernardin—the be-all and end-all of New York’s seafood restaurants—is felt in that lovely tartare and in fellow creative, attentively composed dishes like tender octopus entangled in a sticky nest of black rice and red cabbage ($15) and hunks of Jonah crab and kohlrabi cloaked in a butter-yellow bouillabaisse sabayon ($17).

This isn’t Le Bernardin, however. There, you’d pay an arm and a leg for two bites of a barely cooked scallop without batting a  single eyelash; here, the paltry portions—glorified starters, really, more bait than bounty—feel decidedly disconnected from the neighborhood vibe the team seemingly strives for. (That feel is boosted by the clean-lined but casual  interior, with its nautical-blue banquettes and marble-topped bar, as well as Johnson’s affordably priced natural-wine list.) Three head-on shrimp, laid on a bed of puffy hominy and liberally drizzled with an overpoweringly tangy “Cortez sauce,” sets you back $25, and a slip of tilefish swimming in a pool of red-wine béarnaise ($28) is smaller than the bank note you paid for it with.

The impetus for dining at Gloria is to have a thoughtful, meat-free meal, but if you’re like us, the end result will leave you racing to the nearest neighborhood dive for a much-needed burger.