Gordon Ramsay at The London (CLOSED)

Foulmouthed and short-tempered, U.K.-based chef Gordon Ramsay has become a virtual caricature—a Simon Cowell with carving knives. His made-for-television persona—seen in Fox’s Hell’s Kitchen—draws attention from the fact that he runs London’s only Michelin three-star restaurant (and has eight other eateries throughout that city). The man has been talking for months about how seriously he’s taking the launch of his first stateside restaurant. Through several meals, I was consistently impressed by the attention to detail—and disappointed only by the businesslike soullessness.

If you look through the windows on 54th Street, you get a glimpse of the masses noshing inside the 70-seat bar area, but the serious eating takes place in a windowless chamber deep inside the building, conservatively decorated with mirrors and wood-lacquer paneling. This is Ramsay’s smallest restaurant ever, and reservations at one of the 12 tables are tough to score (there are no bad seats). It feels like a private club room, and the leather chairs swivel so you can turn around to spy on neighbors or watch guests enter the inner sanctum.

Or you can watch the theatrics of the sommelier, who follows almost-extinct rituals: He tasted the wine first and decanted the bottle over a flame—to detect sediment—with a showman’s flair, even when I ordered an inexpensive $45 Austrian red. The selection is eclectic and mixes big bordeaux with bottles from Greece, Hungary and England. Service is thoroughly pro, but I had a hard time understanding one waiter’s French accent.

Ramsay himself has too much going on to be here on a reliable basis; the day-to-day king of the kitchen is Neil Ferguson, a 12-year Ramsay veteran. The menu hews closely to that of Ramsay’s eponymous three-star flagship in London: French cuisine with international influences, served as either a three-course ($80) or seven-course ($110) prix fixe meal—with extra amuse-bouches and palate cleansers. Canapés are served before the menus even reach the table; one is a sumptuous foie gras terrine with sauternes gelée, and the other is cream cheese dotted with white truffle. Both are delicious and each would have passed for an appetizer almost anywhere else. Many plates are finished tableside, and no fewer than four carts trawl through the room, offering selections of champagnes, cheeses (sourced from Murray’s), cordials and after-dinner bonbons.

Though short on the kinds of culinary epiphanies that make diners ooh and aah, the food is always interesting. Ramsay likes terrines: In one, he presses game meats like squab and venison into foie gras, and in another—artfully referred to as a mosaic—he generously pours tomato consommé rich with osetra caviar over bits of shellfish (pictured). Asian influences make their way onto the menu too: His signature dish, cannon of lamb, functions as a deconstructed Indian stew; roast leg medallions and confit share the plate with candied onions, shallots, tomatoes and a slew of spices (marjoram, most prominently).

Desserts are not taken lightly here: Servers ask diners to look over the options when ordering before the meal—mostly so the pastry chef has enough time to make the apricot soufflé, which is exceptionally light and fluffy. I was full by the time the bonbon trolley eased on down the road but, like a kid in a candy store, I couldn’t refrain from cotton candy, caramel popcorn and fruit jellies.

Rumors had suggested that the room was unattractive (it’s not) and that the meals were rushed (mine were not). Ramsay has delivered on the promises of his perfectionist TV alter ego. I just wish I could taste some of that lunatic passion, too. 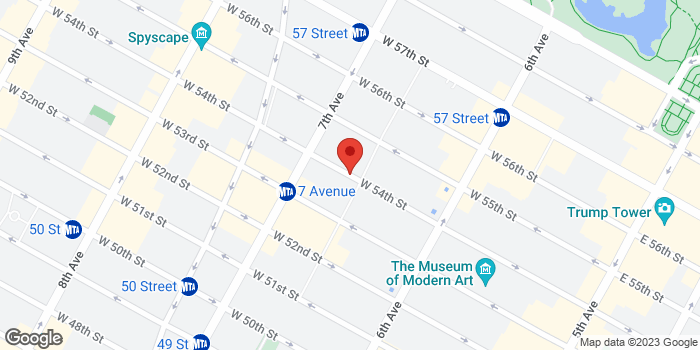