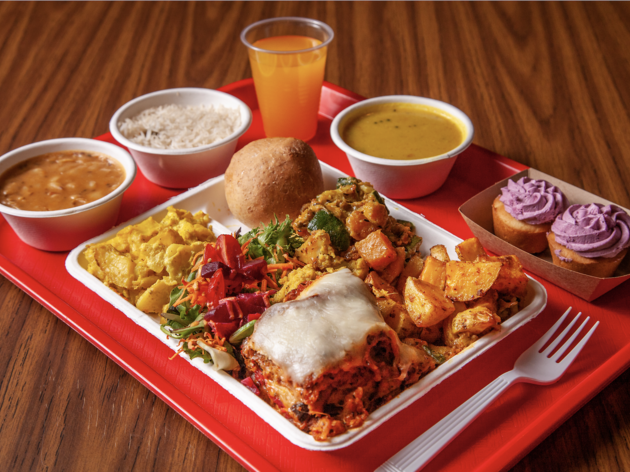 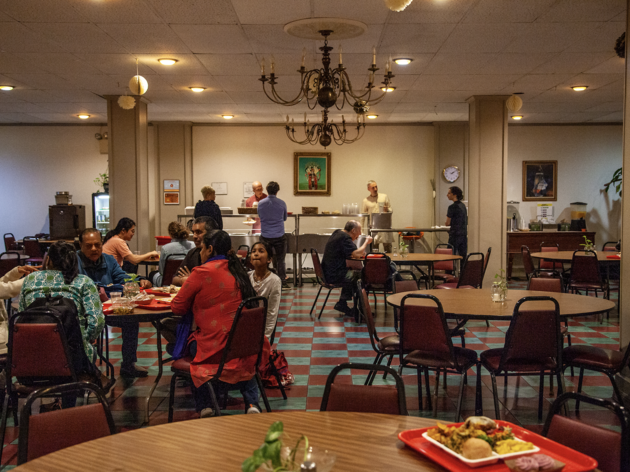 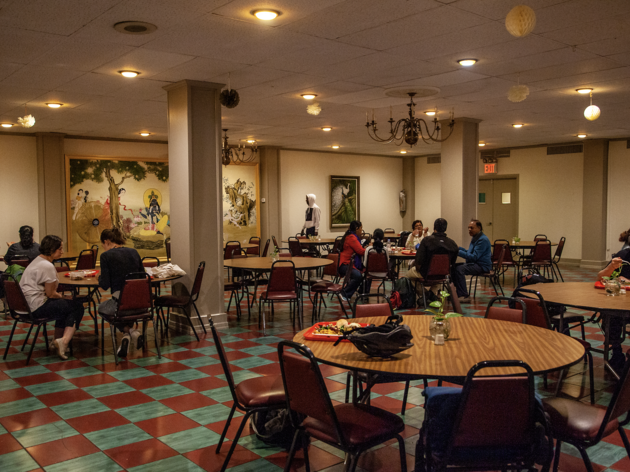 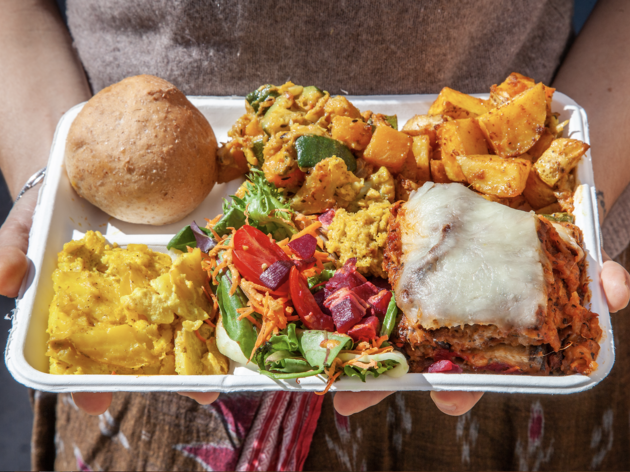 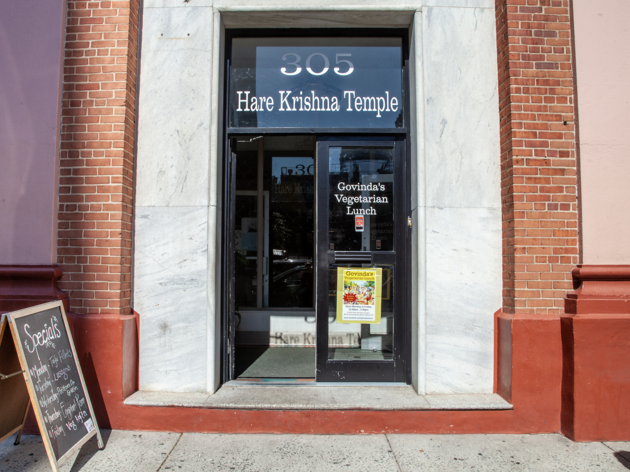 Hidden in a windowless basement of the Hare Krishna temple in Downtown Brooklyn, Govinda’s—a nickname for the Hindu deity Krishna—is a volunteer-run Indian vegetarian (sometimes vegan) lunch counter that has been serving  the International Society for Krishna Consciousness’ spiritual adepts and the general public since 1984.

Govinda’s is only open for lunch from Monday through Friday, and all dishes are served on red trays, cafeteria-style. You can order three dishes ($9) or four ($10), adding a soup or salad for two bucks more. No matter what you choose, the heaping portions will leave you with leftovers.

Govinda’s has different versions of rajma: Ours was with white beans, roasted cumin, fennel, fresh ginger and anise. The legumes were a little one-note, but they paired well with the traditional moong daal soup, a lightly spiced Ayurvedic dish — that’s been recently co-opted by the wellness movement — made of yellow lentils, which are said to be good for digestion. The soup gave us warm, fuzzy feelings, welcomed even on a hot, humid day. Another side dish, the cold slices of stewed beets, could have used more seasoning, but its crunch nicely broke up the meal’s overall mouthfeel. The favorite dish for us and, according to Govinda’s, many other customers, is the Thursday special: eggplant Parm. It is one of the most underrated renditions we’ve had of the Italian specialty—perhaps surprising, since Govinda’s cuisine is focused on South Asia. The gooey and delectable dish may not seem like it would fit in with restaurant’s Ayurvedic-led mission, but it’s definitely worth ordering. Everything in moderation, right?

We love Govinda’s “good-for-the-soul” cooking and its nearly unbeatable prices. The environment offers a transcendental experience, from the decor that looks like an accidental Wes Anderson film set—plastic ’80s mall booths, aqua-and-maroon checkerboard flooring and murals from the book of Krishna—to the cross section of office workers who dine at the banquet-hall tables, a seating style that encourages you to meet someone new. Govinda’s is a must, especially if you’re doing jury duty at a nearby courthouse. It’s one of the neighborhood’s most peaceful lunch options for contemplation and decompression. Perhaps, even, a clandestine place to divulge a secret.