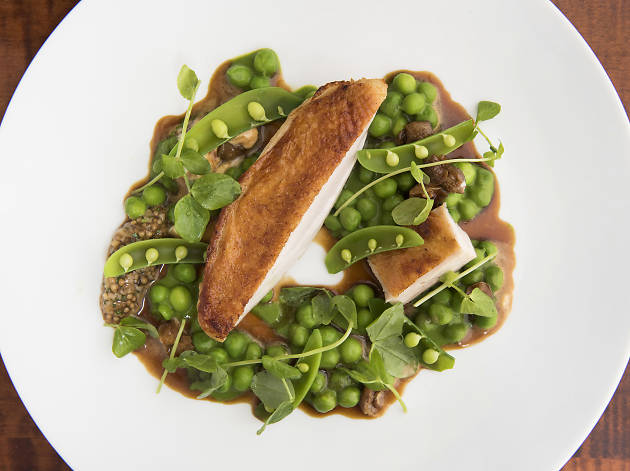 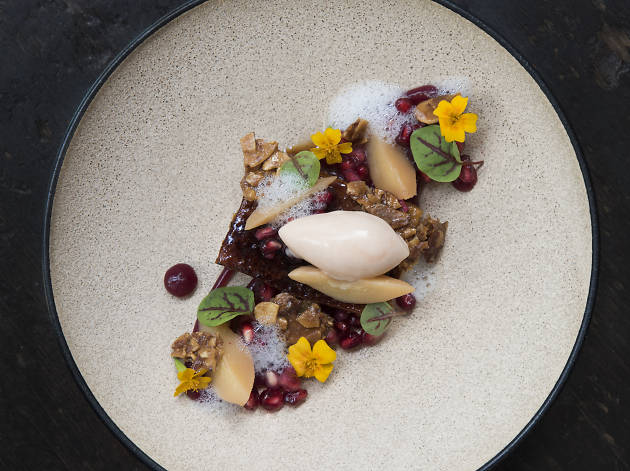 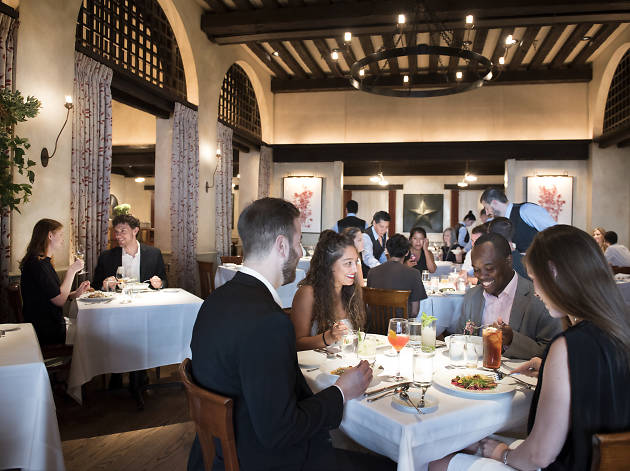 For the past nineteen years, there had been only one official chef change at any of Danny Meyer’s restaurants, and it was a success: The addition of chef Daniel Humm at Eleven Madison Park. Thus, the Gramercy Tavern handoff a few months ago, from founding chef Tom Colicchio to Michael Anthony (Blue Hill at Stone Barns), carries the rarity of a papal succession. Gramercy, after all, is the restaurant that transformed Meyer from a one-shop restaurateur to a full-blown impresario, made Colicchio a star and launched a citywide proliferation of casual yet upscale American eateries.

On a recent visit, the place felt like a parallel-universe version of the old Gramercy: The farmhouse-style setting (a look that’s getting dated), with its decorative brambles, pinecones and intoxicating smell from the wood-burning oven, are all there. But Colicchio and his hearty, meat-heavy fare are not. In a significant shift, it’s delicate constructions of vegetables and fish that dominate now.

The influence of Blue Hill at Stone Barns, a restaurant given to ingredients-worship, is evident as soon as the first course (of the main dining room’s mandated $76 three-course prix fixe) is rolled out. The broccoli soup was a light broth poured over dried shiitakes, airy sweetbreads and a runny quail egg. Each element appeared to have been prepared with care, but the interplay among them did little to elevate the dish. Meanwhile, a shellfish ragout, with baby turnips and a bitter escarole sauce, was a pungent, unpleasantly briny stew.

The better dishes recalled Colicchio’s stick-to-your-ribs ethos: One beauty was a bubble-gum-pink pork loin with pillowy soft flesh and a salty crust. The delicate filet of sturgeon could have passed for filet mignon, save for the snowy color. But it, like many of his dishes, was too small.

If the dining room represents the more restrained side of Gramercy, the lively tavern, which serves a simpler à la carte menu, is its laid-back counterpoint. To the chef’s credit, Anthony has leveraged the tavern to justify purchases of entire boutique cows and hogs; the short rib might get braised for the dining room, while secondary cuts can go to the tavern’s outstanding meatballs, stuffed with gooey fontina.

In some ways, the tavern is what the whole restaurant should be, and several dishes, like those meatballs, or juicy scallops served over red cabbage with prosciutto, suggest a possible future model—less fussy, more elemental—for the dining room.

It’s the pastry chef, Nancy Olson, who proves herself a worthy successor to Gramercy sweets whiz Claudia Fleming. A chocolate peanut-butter cake tasted like a high-class candy bar, and a fusion of chocolate and zucchini resulted in a moist, spicy cake.

Just as I’ve taken the food’s consistency for granted at Meyer’s restaurants, I also expect a perfect dining experience—he wrote a book on it, after all. I’ve frequently touted Gramercy as having New York’s best wine program, but during a recent meal, I didn’t get my bottle, a so-so rioja, until our appetizers were almost gone. Another time, a waiter erroneously described the pork loin’s preparation. These sound like quibbles, but in Meyer-land, such oversights are glaring.

Until now, the lack of turnover among Meyer’s toques created a solidity that’s both a blessing and curse—like your favorite sweater, it’s guaranteed to be comfortable, if predictable. The transition at Eleven Madison Park demonstrated that change can reinvigorate a restaurant. Gramercy risks becoming an example of what the wrong chef can do.