Some restaurants arrive with low expectations but commercial potential, poised to make a killing, even if they’re sure to be serving critic-scorned slop. They’re big-box formula-followers working from a mass-market playbook, club-food behemoths and vanity spots banking on somebody’s fame—big on spectacle, if nothing else.

You’d expect Guy’s American Kitchen and Bar, for one, to be as wild as a three-ring circus—given its Times Square locale and namesake’s Food Network persona. But even in that context, Guy Fieri fumbles his New York debut. TV’s most over-the-top food personality—known for high-fiving his way across the country and scarfing down junk food while dressed like a rodeo clown—has toned his shtick down at his first East Coast restaurant.

While the frontage promises mayhem, with flashing lights, big TVs and speakers blaring loud promos (“It’s a kitchen full of flavor!”), the cavernous restaurant is oddly subdued. Markers of all-American dude-dom cover the walls—faux stags’ heads, hot-rod grilles and vintage guitars—but are more tastefully hung than all up in your face. And the low-volume rock & roll on the stereo isn’t likely to alienate any grannies or tykes.

Fieri’s name and frosted hair tips might be everywhere, but this is a branded experience run by somebody else. The Heartland Brewery chain—his managing partner here—is actually in charge of day-to-day operations. It’s kept the onscreen mania from getting out of hand at the restaurant. While that means neither the food nor the space are terribly crass or offensive, they aren’t very exuberant or fun, either. By Times Square standards, the place is a snooze, a big, empty restaurant—Fieri’s fans seem to be pretty absent so far—with less flash than even the giant Red Lobster a few blocks away.

“Go big or go home,” screams a box on the menu touting “Guy-talian nachos” and “winner, winner chicken dinners.” But the advertised Fieri flair never shows up in the food. Instead of wacky Ital-Mex bar food, those nachos are pretty standard greasy chips with waxy cheese and bland ground meat, the listed pepperoni and “piquante” peppers barely making a mark. California egg rolls—filled with a dull mix of white-meat chicken, mashed avocado and shredded cabbage—also miss the bus to Flavortown. Firecracker wings, served in a modest stack rather than a monster bucket, are too sweet, with one-dimensional pop.

Still, the cooking here could be much worse. Someone in the kitchen knows the fundamentals, how to braise a pork shank so it’s falling-off-the-bone tender (though the General Tso’s sauce it’s slicked with tastes poured from a jar). And someone knows what to do with good, fresh zucchini, serving al dente hunks with a sad-looking, but generally moist, half a roasted chicken (undone by an excess of rosemary).

Desserts, too, overpromise and underdeliver. A Triple Double Pie isn’t some sort of fudgy indulgence, but a miserly serving of mint-chocolate-chip ice cream on a pretty humdrum chocolate cookie crust. The Salted Whiskey Caramel Fool (no, that wasn’t Fieri’s nickname in college) is cubes of stale pound cake in a juice glass with whipped cream and strawberries.

Where are all the teetering towers of sticky sweets? The “holy moly stromboli” moments? The triple-decker grease bombs swooned over in all those onscreen diners and dives? Fieri’s own restaurant wouldn’t inspire even a single catchphrase.

Drink this: You’d expect solid beer from a restaurant run by a brewery, but most of the specially made Heartland brews arrive lukewarm and flat. Stick to the IPA, which is actually fresh and crisp ($7.50). The cocktails can get crazy—Jimmy Fallon’s Boozy Creamsicle is a spiked ice cream soda gone bad—but the on-the-rocks classic Margarita de la Casa is inoffensive enough ($12.50).

Sit here: Big parties will want to squeeze into one of the tall booths that line the main dining room or grab a long table in the rock & roll–themed antechamber. For a solo bite, the full menu is available at the restaurant’s two bars.

Conversation piece: A 12-foot-wide chandelier in the dining room is supposedly made from Fieri’s retired old pots and pans, cookware from Tex Wasabi’s and Johnny Garlic’s, his California restaurant chains. Fieri also operates burger joints on board Carnival cruise ships. 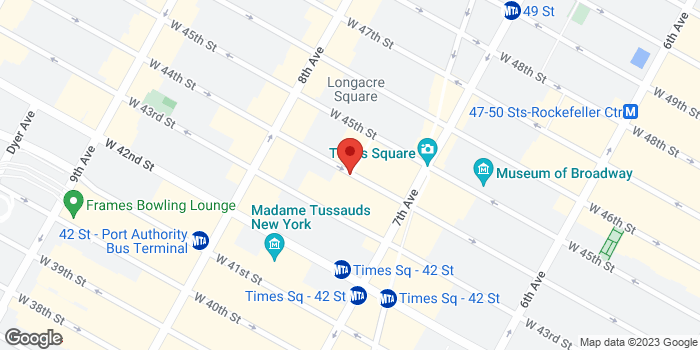