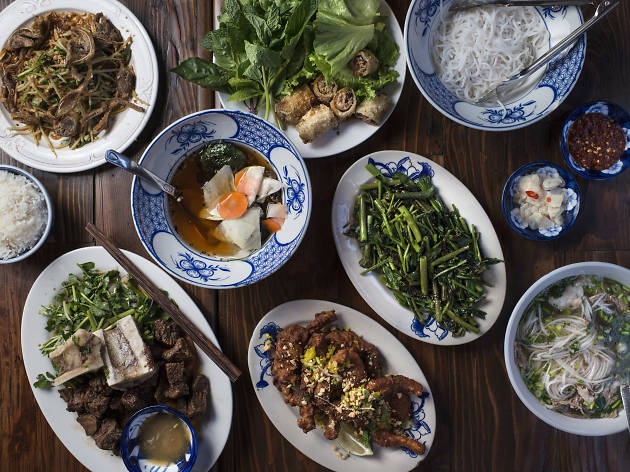 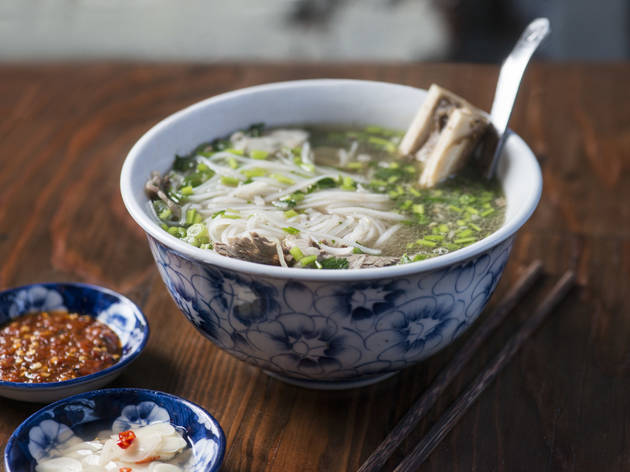 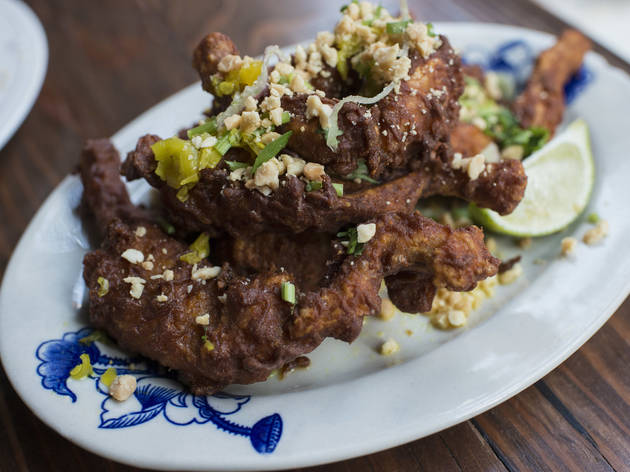 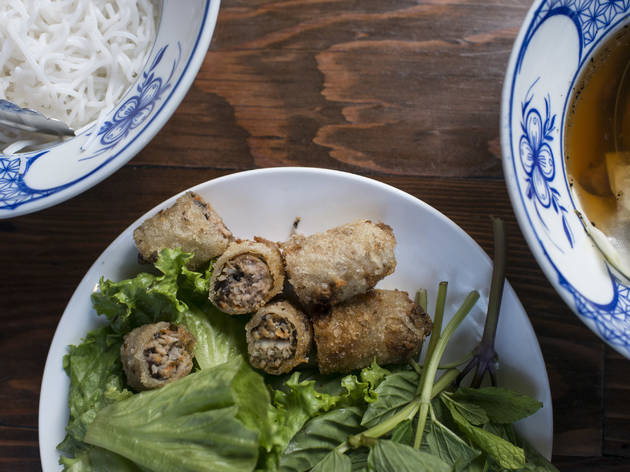 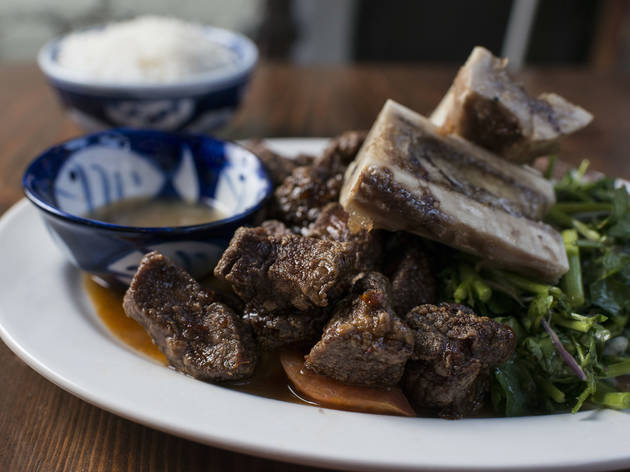 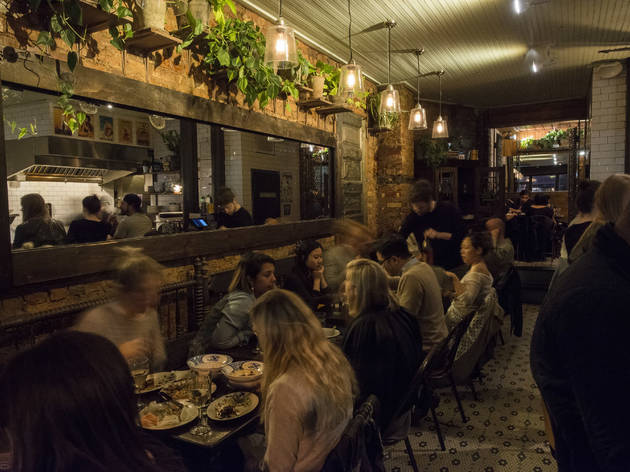 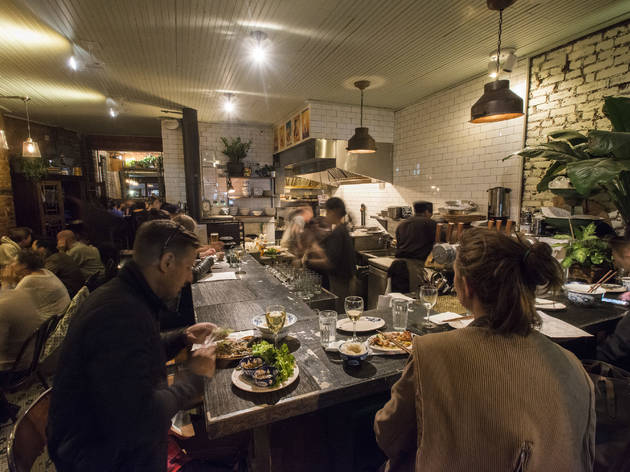 At this point, it’s unclear just how many “moments” Vietnamese food has had in New York’s gastro timeline. The city’s last pho wave hit in 2013, when buzzy outlets like Rob Newton’s Nightingale 9 and the ramshackle Bunker in Ridgewood, Queens, came onto the scene to unpack and update Far East flavors with farm-to-table finesse and refined techniques. And now Gotham’s in the midst of yet another influx, with high-profile openings such as Chao Chao, a Brooklyn reboot of Bunker, and two East Village additions, Madame Vo and Hanoi House.

It’s Hanoi House from Stephen Starr alums Ben Lowell and Sara Leveen—a Vietnamese comfort-food canteen situated at the less-grungy end of St. Mark’s Place—that has stirred the blogosphere’s fresh hopes of pho grandeur. Traditional Vietnamese this emphatically is not: The restaurant’s chef and fellow Starr vet John Nguyen (Storico, Lincoln Ristorante) taps more into the freewheeling Southeast Asian cooking you’d find in his native Orange County, California, which is home to the oldest and largest Little Saigon in the country.

Tangles of morning glory come dressed with savory capers and fish sauce spiked with brown butter ($8); nubs of coconut-braised octopus are dotted with perfect little hard-boiled quail eggs ($16); and banh mi is deconstructed as dainty pâté-slathered toasts crowned with sea urchin and pickled vegetables ($18). Not every doctored recipe works: For instance, roasted bone marrow adds little to a plate of shaking beef ($28), and crispy pig ear is tough as leather in an overdressed papaya salad ($14). But it’s hard to argue with Nguyen’s gorgeously light, crispy frog legs, which are battered in Cajun rice and pepped with pickled peppers ($12).

For all its twists and turns, however, the kitchen’s most effective dish—and easily its most popular, judging by the steaming bowls that dot the small tables and bar top in the plant-heavy space—is the pho bac ($13). Unlike the similarly in-demand bun cha ($21), which comes with a dizzying number of components (pork meatballs, crab spring rolls, pickled papaya), that beef pho is lovely in its pared-down simplicity. Nguyen curbs the add-ins (only pickled garlic and house hot sauce) and instead goes all in on the intense beefiness of 16-hour simmered bones, doubling down on that meaty depth with hunks of Black Angus filet mignon and brisket that swim among the slippery rice noodles. You can add optional oxtail ($3) or marrow ($3.50), but sometimes a great, unembellished bowl of pho is all you need.