I’ve had some of my most sumptuous meals out during my two trips to Beirut—from a posh, members-only seafood restaurant to a bustling no-reservations brasserie that justified a two-hour wait. Thus I’ve never understood why Lebanese food in New York City rarely goes beyond kibbe and tabouli takeout; it’s as if the only Italian restaurants were pizza joints. Philippe Massoud deserves credit for merely opening Ilili, the kind of ambitious eatery that would fit right in in the mother country.

Beirut’s restaurant and nightlife scene offers more than just good food—it’s sexy (I vaguely remember a night of absinthe-fueled table dancing until dawn). Incredibly, Ilili pulls off sexy, too, despite its location on a sleepy stretch of Fifth Avenue just south of the Empire State Building. The 300-seat box of a restaurant is stunning: In the main dining room, the honey-hued wood-paneled walls, pocked with windows and mirrors, create the impression of a giant kaleidoscope, and high ceilings and a plush adjacent lounge add to the feeling of grandeur. Quite incongruous and inexplicable are the two musty dining annexes. Being seated here is akin to exile at the kids’ table while the adults enjoy the opulence—request a spot in the main space if you can.

Chef Massoud comes to us from Washington, D.C., where his former kitchen, Neyla, is one of several excellent refined Lebanese restaurants in the area. At Ilili, Massoud chooses an accessible entry point to haute Lebanese: an elegant take on the familiar. The falafel, for instance, has a crisp crust as manicured as a suburban lawn (and unfortunately, a pasty interior), topped by a dainty cylinder of chopped tomato; humble pita bread, instead of being just an afterthought, is unusually light, like an Indian puri; a beautiful chankleech cheese-and-tomato salad is chopped fine with scallions, thyme and oregano. My biggest beef: embarrassingly small portions (three small falafel to a $10 order). On the menu, the meze appear to be bargains, when in fact they’re just tastes.

Grilled meats have a similar quality: The usual suspects—most of them on skewers—are executed with panache and in portions requiring the use of a microscope. The lamb kebab was near perfect: Lean, moist cubes of loin, only faintly smoky, were visually complemented by shiny red cherry tomatoes; a garlicky chicken kebab was also tender, but too heavily charred; the ground-beef kefta, meanwhile, tasted so much of cinnamon and other wintry spices that I couldn’t help but reminisce (pleasantly) about mugs of mulled cider.

Ilili proves more interesting when veering away from the more predictable offerings. Massoud provides a dozen fish options, each of which carry some kind of Lebanese accent—the red mullet, nicely matched with tahini, is fried gingerly, preserving the integrity of the candylike meat. Another surprise was the thick “Phoenician fries” with a thyme-spiked mayonnaise for dipping—it’s perhaps the best item on the menu. Desserts, similarly, strike a fusion chord, including a decent napoleon that combines brittle kataifi and a ricotta-like Lebanese cheese, and a boring warm chocolate cake with toasty cashew pralines and date ice cream.

For all Massoud’s strengths creating stylish, often lavish Lebanese food, Ilili is consistently head-scratching. The reservation system was inexplicable: On one visit, the hostess tried to push my party into one of the second-rate dining ghettos—next to a loud family reunion, no less—despite there having been ample space in the grander main room. Although the service proves impeccably attentive, I was upsold one too many times. The wine list, culled from across the Mediterranean, is very good, but when I ordered a favorite Lebanese bottle, they brought me a newer vintage—only when I called them on it did they return with the correct one. While Ilili works out the kinks, I’ll still have Beirut. 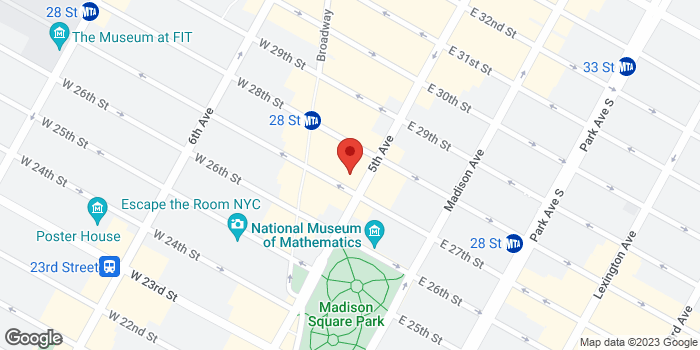