With the notable exception of Harold Dieterle in New York and Stephanie Izard in Chicago, the professional track records of former Top Chef contestants are collectively a bit of a head-scratcher. Popular runners-up like Ed Cotton (Plein Sud), Nikki Cascone (Octavia's Porch) and Dave “layering” Martin (Crave on 42nd) have opened some pretty unforgivable restaurants. But the greatest disappointment of all has to be Sam Talbot, whose brand-new Imperial No. Nine is a big, beautiful flop.

After launching the Surf Lodge in Montauk, Long Island, in 2008, the chef, who seemed so impressive—not just photogenic—on national TV, has been doggedly working toward a splashy Manhattan debut. And now that it’s here, at the red-hot Mondrian Soho Hotel, how to explain its very poor showing? Is the room simply too large, the pressure too great?

The space is undeniably gorgeous; a plush golden lounge giving way in the main room to a soaring glass atrium decked out in potted foliage, deluxe lawn furniture and crystal urns on a long centerpiece table. But though the wretched crowd can make dinner here feel like a Kardashian konvention, the food is unfortunately a much bigger problem.

The tablehopping scene takes precedence (as it does in every nightclubby restaurant), but Imperial No. Nine purports nonetheless to have lofty ideals, touting its focus on sustainable seafood while delivering a menu with plenty of meat. The ecology reads cynically on-trend—and so do the many advertised hot-button ingredients (black garlic, lamb belly, Jidori chicken).

While the small and large plates—starters and mains are so passé—are designed for sharing, there’s not much on the menu you’ll be clamoring to eat. Octopus legs, though meaty and tender, come drenched in a muddy sauce of soy and sofrito. A more visually arresting raw fluke composition turns out to be a wild mood-swing of a dish, an aggressive pileup of clashing ingredients—shards of sweet frozen coconut, big nuggets of sea salt and the intense sour pucker of dehydrated lime. If you’re looking for savory sustenance to balance the bar’s sweet model-bait cocktails, stick instead to the straightforward platters of seafood on ice, heaped with oysters, clams, crab legs and shrimp.

So many of the composed dishes here seem to be thrown by one jarring off-note. Toast topped with big lobes of sea urchin and thick, chewy lardo comes slathered in a layer of sour scallion spread. A fillet of sea bass drizzled with black garlic oil in a bowl of dull dashi might as well be a pretzel for all the salt pressed into its skin. Even a simply seared culotte steak is undone by supporting aggressors—a thick chimichurri that tastes only of mint, confited potatoes and shallots consumed by black pepper.

The desserts mostly offer a reprieve—get the salty-sweet chocolate caramel tart; steer clear of the salted caramel ice cream in “popcorn powder” that tastes of a movie theater’s faux-butter topping. But the low level of cooking here is still pretty perplexing. Imperial No. Nine: a grim reminder that you can’t believe everything you see on TV.

Drink this: The cocktails here, listed by number not name, tend to be too sweet and juicy. Wine or beer, from a surprisingly reasonable list, are much better bets. A nicely chilled Provence ros, a Costieres de Nimes from Mas de Guiot ($37), is a refreshing warm-weather quaff.

Sit here: The windowless indoor dining room is the restaurant’s Siberia. Insist on a seat in the expansive, buzzy, glass atrium instead.

Conversation piece: Sam Talbot, the country’s most famous diabetic chef, often substitutes honey and a natural sweetener called stevia for the sugar in his cooking. His book, Sam Talbot’s Guide to the Sweet Life: Living Large with Diabetes, will be published in the fall. 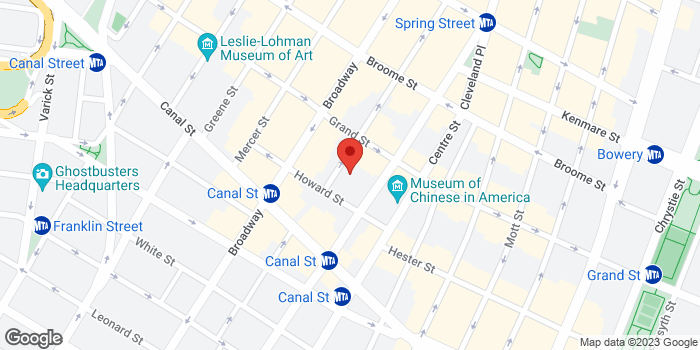