Over the past few years, some of the most inspired food in New York has emerged from the most unlikely locales—an old diner on a highway overpass in Long Island City (M. Wells), a repurposed garage out in Bushwick (Roberta’s). Isa, in Williamsburg, is the latest addition to this group, pushing the mash-up of high-concept cooking and a down-market setting to scruffy new extremes.

The log-cabin-like restaurant features firewood stacked high against one wall, feeding an oven that heats the dining room and another that bakes bread, roasts meat and singes Greenmarket produce. Smoky aromas of campfire cooking engulf you as you walk through the door, eyes adjusting to a candlelit space filled with handmade wood furniture. The setting screams of a simple, back-to-basics ethos. But the food here tells another story, with flavors teased out using cutting-edge cooking techniques and plating straight from the pages of a coffee-table cookbook.

This is one of the year’s most unusual restaurants, a hot spot with some of the most creative high-end food in any borough. The menu, which changes nightly, needs some explaining, which the warm host here offers over and over as new diners come in. A single photocopied sheet lists dishes with some oddball ingredients—dried scallop, flax soil, trumpet powder, smoked yolk—available à la carte or in a $50 three-course prix fixe.

There’s confusion among the hipster hordes, drawn to the place not by its chef but its impresario owner—scene-maker Taavo Somer of Freemans and Peels (also the designer of the restaurant). But with food this ambitious, Isa is really a showcase for the guys in the kitchen. Their leader, Ignacio Mattos, seems to have emerged from the ether—although he didn’t, of course, having cooked Italian at Il Buco and Argentine before that, as understudy to Francis Mallmann, Buenos Aires’ most famous celebrity chef. Mattos is part of the scenery here, directing traffic behind a big marble counter in his open kitchen.

The cooking at Isa is entirely free-form—culinary improv tied to no particular time or place. The food is wild and whimsical but homey, too—modern primitive is the term Mattos has come up with—gorgeous, strange, hard to predict. The menu evolves nightly, ingredients from a Wednesday dish showing up elsewhere on Thursday.

The actual printed menus have wacky names accompanied by eccentric collages—Somer does the design work daily. Dinner might begin, as it did on the recent “Off the Grid” prix fixe, with your choice of beet salad or steak tartare. Sounds simple enough, until you consider the beets here are white discs shingled with sweet apple, dolloped with trout roe, smeared with savory yogurt and showered in sorrel. Or that the tartare looks like planets in orbit, with its perfect circles of red, black and white—of hand-cut beef, nutty toasted flaxseeds and crème fraîche, with shaved sunchoke dust on the plate. These are delicious, earthy starters, bizarre and striking. The presentations are more naturalistic elsewhere, in an à la carte salad of supple poached and roasted pig’s ear and cool pickled chanterelles, scattered like twigs under a thicket of wild arugula.

Another night, on the “Space Dad” prix fixe, there was an entrée of beautiful bloody rib-eye batons, cooked in a water bath “ghetto sous vide,” with haute cuisine smooth cauliflower puree, a piped button of bone marrow butter, chanterelles, bread sauce and black trumpet mushrooms turned to powder in the restaurant’s dehydrator. Are we really in Brooklyn? The silkiest cod, the other choice of main course that night, came with pebble potatoes, fennel fronds, pearl onions charred in the fire and a creamy pil-pil, a warm aioli of sorts emulsified with cod drippings. If you didn’t know better, you’d think a top chef from the Basque country had been making a cameo.

We’re on the frontier of fine dining, where groundbreaking food and a cool casual space seem a natural fit. Isa, though already impressive, is never stagnant, taking new risks every night. And that makes it one of the year’s most exciting new places to eat.

Eat this: Both the à la carte and prix-fixe menus change daily. Go for the food that sounds strangest, or anything cooked in the wood-fired oven.

Drink this: The beer, wine and cocktails are just as quirky as everything else. Try the Cocchi Americano and gin—a white Negroni of sorts—garnished with crunchy juniper berries. A combo of bourbon, vinegar, fresh ginger and bee pollen is also strange and delicious (both $12). The small selection of bottled brews includes funky ginger-spiced Vuuve from Belgium ($12). Even the wines aren’t run-of-the-mill. Go for the Yo No Puedo Mas, a spicy red-fruit bomb from Languedoc ($11).

Sit here: The better-lit room facing the kitchen is a fine choice if you like to keep an eye on your food as it’s made. The bar room next door is more buzzy, the place to be if you’re here for the scene as much as the food.

Conversation piece: Isa, whose name means “father” in Taavo Somer’s native Estonian, is a true labor of love, in the works since late 2009. Nearly every part of the restaurant—from the wood furniture to the space-age lighting to the psychedelic bathroom and the kitchen counter—was hand-built by Somer and a team made up mostly of punk-rocker friends. Even the clay coffee cups here were handmade by a pal. 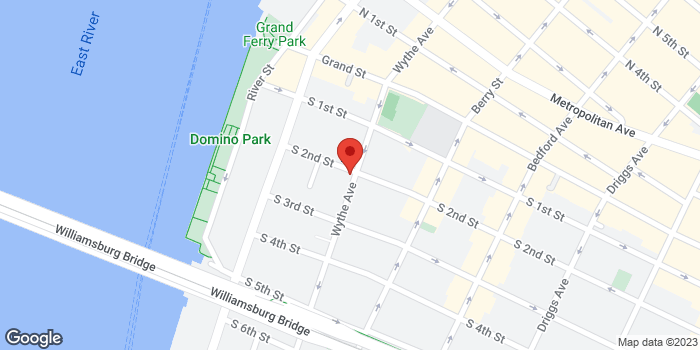