Gabriel Stulman has become a victim of his own success. The cult restaurateur built a breathless following running the front of the house at the Little Owl and Market Table. At both venues, he helped create an atmosphere so warm and inviting, the dining rooms seemed like extensions of his own apartment. The casual clubhouse vibe—supplemented by the easy, accessible food from partners Joey Campanaro and Mike Price, respectively (he’s since split from the former)—was hampered only by the perennial long waits for a table.

Though Joseph Leonard, Stulman’s first solo outing, is his most humble venture to date, it’s also the most overrun. The restaurant, which took over a corner cubbyhole last occupied by Le Gamin, is so busy that there are hour-long waits virtually every night of the week.

Even more than its predecessors, this minuscule spot—with just seven tables and a few barstools—ought to be packed with regulars strolling in nightly from their brownstone stoops. But its owner’s reputation—and democratic no-reservation policy (not even friends jump the line)—has made it more destination than pop-in canteen.

Stulman is certainly a gifted alchemist. He’s transformed a cramped sliver of troubled real estate into a cozy hot spot. Though seating is squeezed into every nook, the place is not claustrophobic. The DIY decor—Stulman sourced the flea-market knickknacks himself—is busy without being cluttered; design elements double as furniture (a wooden ladder near the front door is shelving for menus, a stack of old luggage a perch for flowers and candles). With flattering amber light and a preponderance of tables for two, the restaurant is, even more than the Little Owl, an ideal spot for a first or second date—assuming you’re in no hurry to eat.

Stulman, who built the centerpiece bar and works behind it most nights, is like an old-fashioned tavern keeper, regaling all who will listen with stories about Joseph and Leonard, his grandfathers for whom the restaurant is named (their portraits hang side by side on one wall). The whole enterprise reflects his generous spirit—from the thoughtful pricing to the breezy service to the mason jars filled with complimentary cornichons that sit on every table.

Though the menu features more choices than there are seats, it doesn’t overreach. Chef Jim McDuffee (Bouchon Bakery) offers the sort of comforting food you might treat a friend to when they’re feeling especially blue—house-made charcuterie, top-notch chilled seafood and big, hearty mains. Sweet chilled lobster spilling out of its cracked shell, with a side of aioli for dipping, is a modest indulgence at just $10 a plate. So too is the generous serving of creamy salt-cod brandade, served in a mini mason jar with piquillo pepper relish and shards of toasted baguette. A shrimp-and-grits starter is as satisfying as everything else, with shrimp that taste just plucked from the sea, tossed with fresh corn and chorizo into a puddle of peppery grits.

Entres are big—and though you probably won’t need them, so are the la carte sides, which include a fine bread stuffing served like your mother’s in a CorningWare casserole. A gargantuan pork shank, simply accompanied by a lightly dressed salad of spinach and baby arugula, is crisp on the outside, tender and fatty within. A whole crosshatched orata, dusted with flour and quickly fried, is equally succulent, though in need of a lemony spritz. Boneless rib eye for two, by far the priciest dish on the menu, at $58, is served steakhouse-style, presliced on a platter. It’s big but not massive, with sweet caramelized shallots and crisp skin-on fries.

All in all, the food here is so straightforward—the homey desserts include a decent moist carrot cake and airy caramel pudding with cookie crumbs sprinkled on top—there’s clearly more than the cooking to thank for the restaurant’s success. In fact, if not for the genial host, who seems to be on hand every night, I doubt Joseph Leonard would be anything more than another low-key neighborhood haunt. But when paired with good, simple food, an endearing reception goes a long way.

Drink this: The short list of cocktails includes a fine, fiery Bloody Mary with a plump olive and a beer chaser ($10). Among the good-value wines by the glass, try the crisp Gaia ros from Greece ($9) or the earthy Rioja Vega “Joven” ($7) from Spain.

Sit here: Every seat in the house is dedicated to dinner, which means you can’t sidle up to the bar while you wait for a table. The barstools—including two that peer into the kitchen—are the ideal spots for interacting directly with the chef and owner. The tables near the windows offer the best people-watching views.

Conversation piece: Stulman has filled antique frames with portraits of his grandfathers as well as the paterfamilias of the other investors. 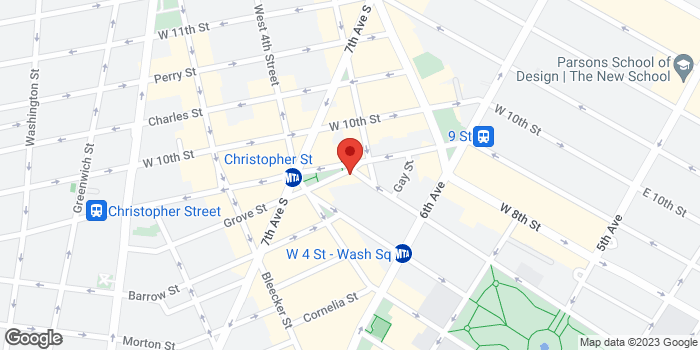