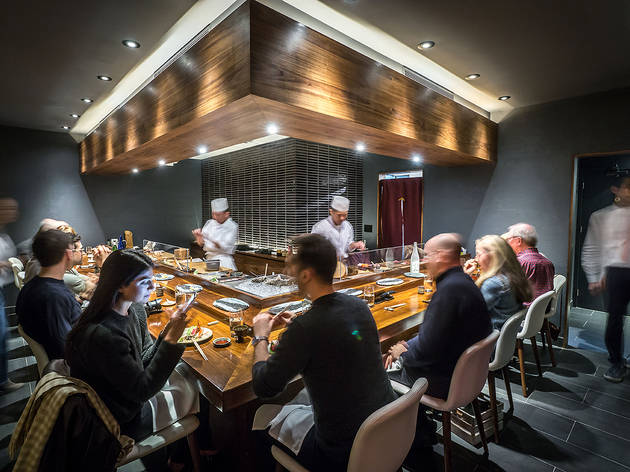 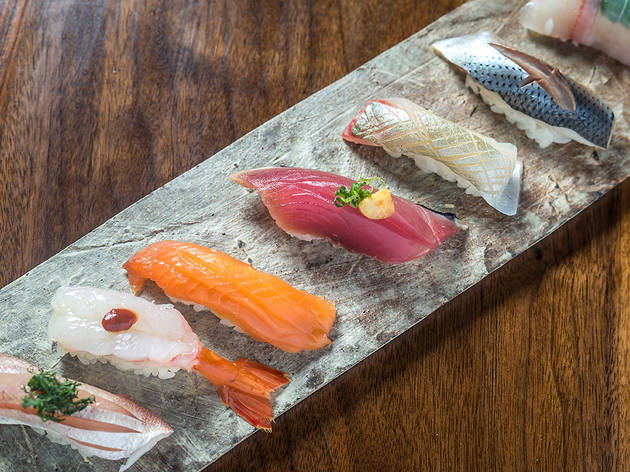 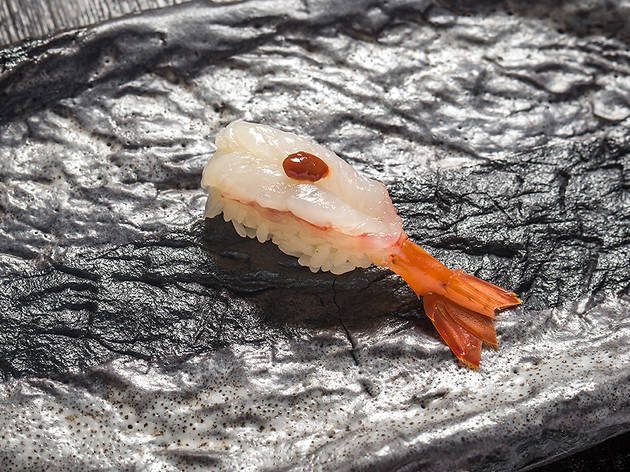 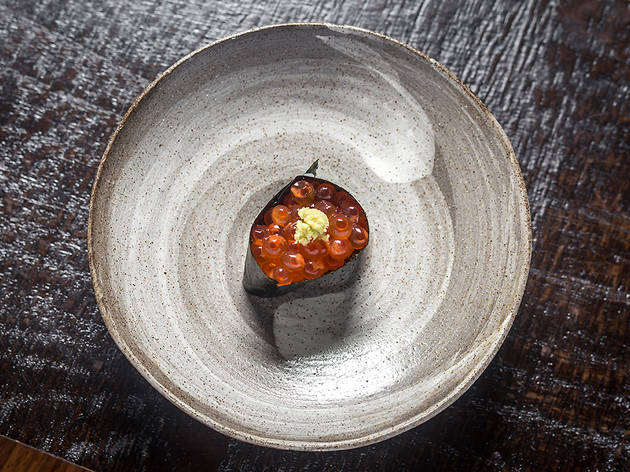 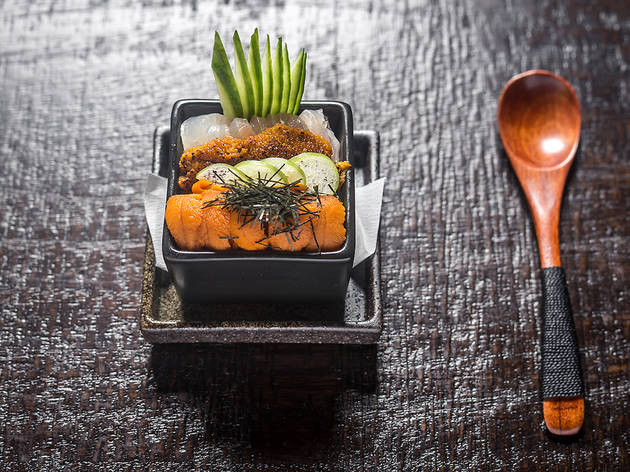 New York’s old sushi heavyweights are still holding strong—Yasuda, Gari, Kurumazushi—but every few months, a hungry young brawler scraps into the ring. It’s a thrilling match when there’s a knockout newcomer, like a Sushi Nakazawa or a Shuko, but it’s hard to root for a rookie who doesn’t put up much of a fight.

Enter Kosaka, the sort-of eponymous sushi operation from long-tenured Jewel Bako chef Yoshihiko Kousaka. (The missing “U” disparity between his surname and the restaurant title is a casualty of Japanese orthography.) Now untethered to that Michelin-starred raw-fish temple after 11 years, Kousaka has the wherewithal to let loose, to personalize sans restrictions. Instead, a meal here feels stiffer than a snapper in the throes of rigor mortis.

The sparse dining room is split into a sharp-edged, L-shaped counter, with 10 seats and a table area comprising two four-tops. A bank of cabinets divides the spaces—one serves as the coat closet and ensures that counter diners are repeatedly swiped by clothes hangers as they tuck into tiles of melty chutoro.

Service, although polite, proves similarly clumsy, alternating between heedless—on a recent night, a server forgot that our party had already ordered and “welcomed” us with menus for a second time—and high-handed, with waitstaff restlessly blotting microscopic beads of moisture from serving plates between each course.

Missteps would be easier to excuse if Kousaka’s omakase didn’t pale in comparison to many of the city’s next-level sushi spreads available at similar price points. Offerings are available as a 15-piece sushi omakase ($145) or a chef’s tasting menu ($175), which is  padded out with dishes from the kitchen, and the seafood selection, much of which is flown in from Japan’s Tsukiji Market, is impressively vast, spotlighting rarer breeds like giant clam. But those are frequently overpowered by rice heavily dressed in house soy.

Amid serviceable if stagnant courses comes a great temaki, with creamy toro, pickled radish and peppy scallion inside a nicely snappy nori wrap, and a soft slip of king salmon tinged with a blowtorch and imbued with a smoked funk that would make Joel Russ weak at the knees. It’s a spark that Kosaka needs more of if it wants to go bare-knuckle with New York’s sushi powerhouses.