In food, there’s something to be said for specialization. Josh DeChellis, the ultimate culinary generalist, has made a career out of hopping from one cuisine to the next—veering from Japan (Sumile, BarFry) to Italy (Jovia) and now over to Spain, as top man at La Fonda del Sol. The chef, who has had a rough time of it lately—his last two restaurants barely survived the first round of reviews—is like an unfocused undergrad, dabbling in a dozen majors but settling on none.

Which makes the choice by the Patina Restaurant Group (Brasserie 8) to have him helm the redux of this once fabled institution—the original La Fonda del Sol, serving Latin American food, was a stylish icon in the age of Mad Men—a significant gamble. Though it pains me to say it, it’s one that mostly doesn’t pay off.

Version 2.0, which occupies two sprawling rooms of the MetLife Building, takes a solid stab at recapturing the glitter of its forebear. The retro front lounge—with its portraits of matadors, bright orange chairs, and black-and-white tiled floors—could’ve been a set piece in Spielberg’s Catch Me If You Can (only the stewardesses are missing). The restaurant’s prime locale next to Grand Central Terminal ensures there’s a solid stream of commuter suits funneling toward the bar after work (“What time is your train?” is a frequently overheard snippet).

Though there’s a full tapas menu, cocktails, not food, appear to be the draw in the front lounge. Probably a good thing, given how unsatisfying I found so many of the bar snacks to be. DeChellis has a fine palate—I was an early fan of his work at Sumile—but he too often trips up on his own pretensions. His chicken wings—deboned, panfried and served in a chunky tomato-and-olive rag—are far too upscale and skimpy (four scrawny specimens for $9) to be much fun. His croquettes stuffed with shredded veal are similarly lacking, the bland breaded nubs served with overkill truffled aioli.

The chef is on more solid footing when he embraces traditional Spanish cuisine. His garlic shrimp cazuelita is a top-notch tapa featuring half a dozen crustaceans in straightforward blistering-hot garlic oil. Though the shrimp, along with the full tapas menu, are also available up a short flight of stairs in the more somber dining room—a foil to the madhouse lounge, with burgundy carpets and wood-paneled walls—the focus there is on serious food at serious prices.

But the menu inconsistencies are, sadly, echoed in both rooms. While oxtail sopa seca is a delicious starter, layering earthy flavors one on top of the other (strong sheep’s-milk cheese, succulent shredded meat, olive-oil croutons, toothsome white beans, an intense beefy broth) and baby squid seared la plancha are beautifully tender and simply topped with toasted garlic bread crumbs, a suckling-pig entre is simply wan. Suckling pig is one of the glories of Spanish cuisine. Instead of the usual hunk of meat under crisp, burnished skin, the chef delivers a few slices of dry pig roulade—fat tragically trimmed—with mushy smoked dates.

Meanwhile, the crowd-pleasing desserts—a fine apple tart with an almond crust, cinnamon-dusted doughnuts with three dipping sauces (salted caramel, spicy chocolate, passion fruit)—end the meal on a modest up note. But assuming your expense account’s all dried up, the bill that comes next—entres hover in the high $30s—might leave a bad taste in your mouth.

Drink this: Start off with the house martini ($9.50), served with blue-cheese-stuffed olives and a touch of sherry in place of vermouth. The El Chaparral garnacha ($38) is a lush, affordable bottle of red wine.

Sit here: The casual front lounge, though a raucous after-work scene, is much more inviting than the buttoned-up dining room. The high table at the end of the bar is the optimal spot for a cocktail and nibble.

Conversation piece: Alexander Girard, one of the great interior and textile masterminds of the 1960s, secured his reputation with his seminal designs for the original Fonda del Sol. The so-called dream village he built for Joe Baum’s Restaurant Associates was one of the country’s first theme restaurants. Many of the collectible artifacts from the place are sold at auction today. 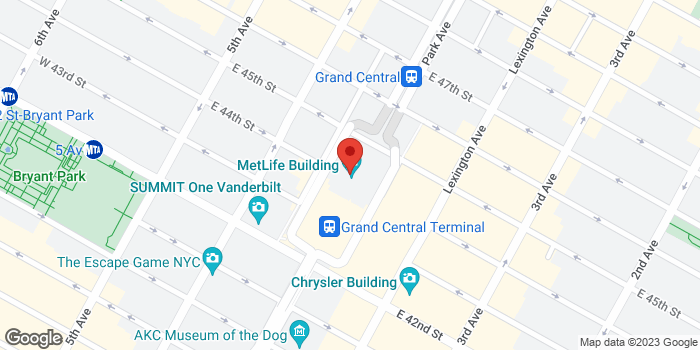