Restaurants, Italian Chelsea
3 out of 5 stars 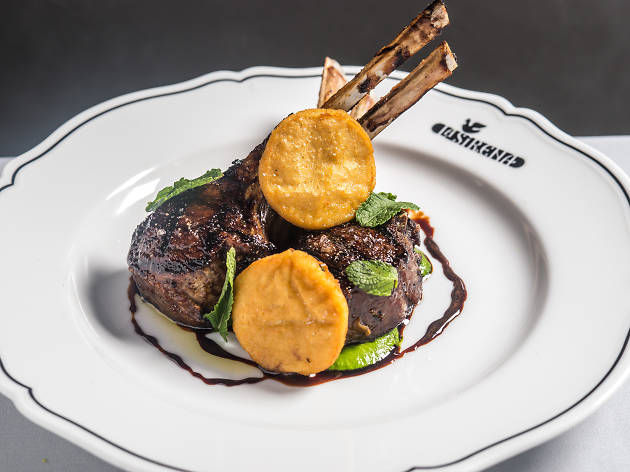 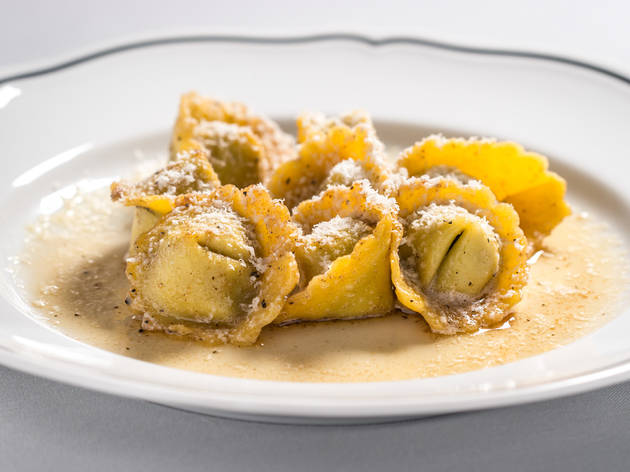 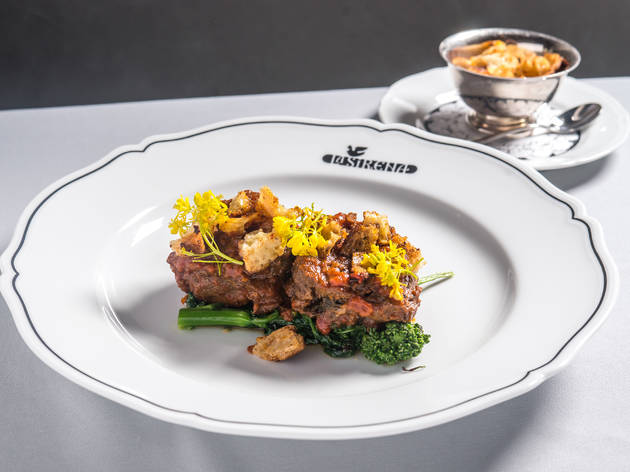 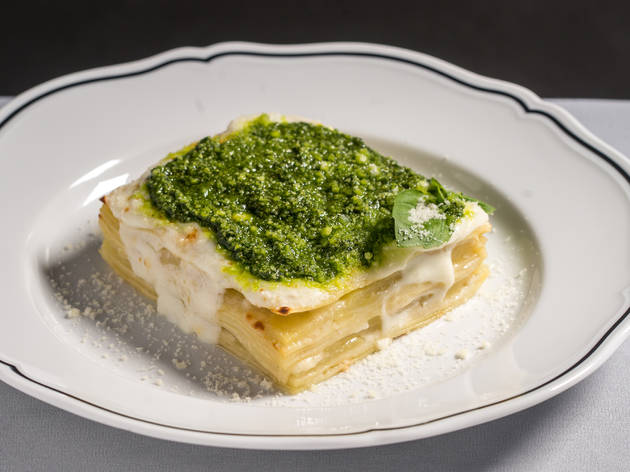 You’re not at La Sirena for the food. That’s not entirely fair—maybe you are a longtime fan of the canon of vigorous regional Italian food (Babbo, Del Posto) set forth for nearly two decades by Crocs-footed celebu-chef Mario Batali and partner Joe Bastianich. But a meal at the team’s sprawling, splashy dining room inside the Meatpacking District’s Maritime Hotel—their first standalone New York opening in a decade and the most broadly Italian to date—is as much a status marker as a buttery Céline bag perched beside its owner on a glossy banquette. And it’s not the price (surprisingly reasonable, in fact, with pastas falling between $19 and $26 and most mains below the $30 mark) prompting that kind of cachet—it’s the capital-G glamour of it all.

Taking over the hotel’s former La Bottega space, Team Batali-Bastianich transformed that plaza trattoria into a gleaming Fellini-esque backdrop with marble archways, Portuguese tile floors and a show-stopping 38-foot-long Caesarstone quartz bar at its heart. (The cocktail program, fueled with amaro bitterness, is the group’s largest—the beverage list is available to page through via iPad.) Roaming antipasto carts are wheeled around that impressive bar area by servers in heavily starched shirts, allowing you to nibble aged parmigiano or marinated olives while you squint your eyes to see if that really is Bradley Cooper or not at that nearby four-top.Flanking each side of the space through double doors are twin 100-seat dining rooms, which, unlike the rollicking glass-box glitz of the bar, are fixed with a hotel-lobby sobriety, all inoffensive gray tones and pressed  white tablecloths.

The menu, led by Lupa alum Josh Laurano, is similarly nonthreatening: a by-the-numeri spread of updated antipasti, house-made pastas and nostalgic red-sauce numbers. Of the first section, there’s fresh, house-marinated anchovies served with fennel three ways ($15), with creamy slaw butting against almost nutty, frizzled curls of the stuff. There are two carpaccios, a short rib version with turnips ($17) and one layering crisp artichokes and sunchokes with a bottarga-mayonnaise dressing ($16); the beef is overwhelmed by its black-truffle vinaigrette, but the bright ease of the vegetable carpaccio lets those ’chokes come through.

Like at many of the year’s newest Italian restaurants (Lilia, Café Altro Paradiso), the pasta section here is worth your focus—a bowl of hand-rolled pici spaghetti arrives cradling nubs of fresh sausage and a rich, full-bodied escarole ragù ($19). Its noodle brethren don’t wow nearly as often as that pici, but there are comforts here in the form of al dente tangles of bucatini with octopus medallions in tingly estratto sauce ($24), and a thick slab of lasagna ($24), stratified with golden potatoes, gobs of pesto and gooey béchamel. It may not be a pasta revolution, but it does stick to your ribs.

A fat coil of “old-school” braised beef braciole ($27), served with chili-blitzed bread crumbs and broccoli rabe, doesn’t ignite lust the way your corner trattoria’s might, and juicy grilled lamb chops are handicapped by sluggish chickpea fritters ($34). But nobody notices the sog of those fritters—they’re too busy smoothing out their Diane von Furstenberg shifts, clinking $16 house Negronis and scouting out which A-lister flounces in next.