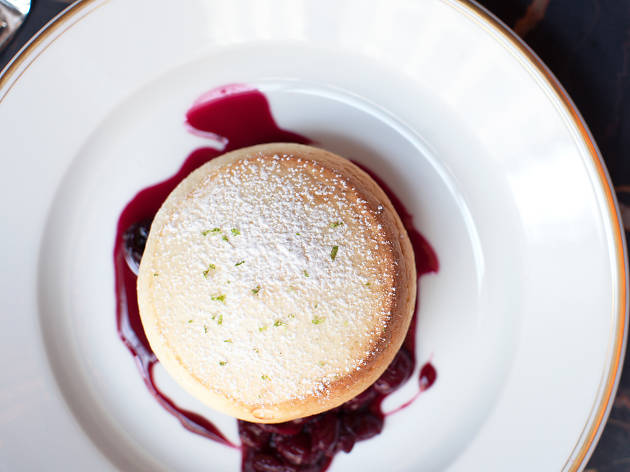 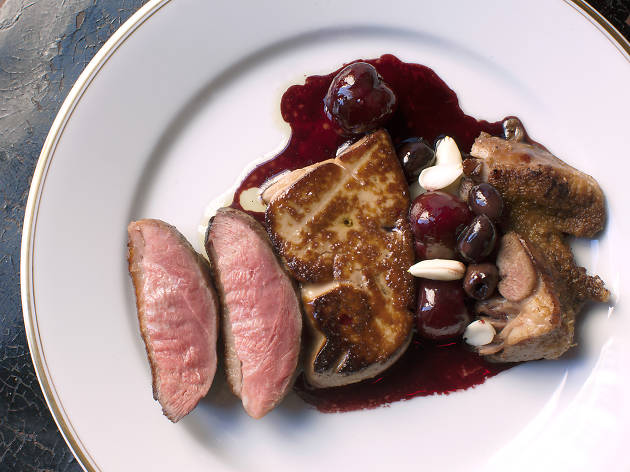 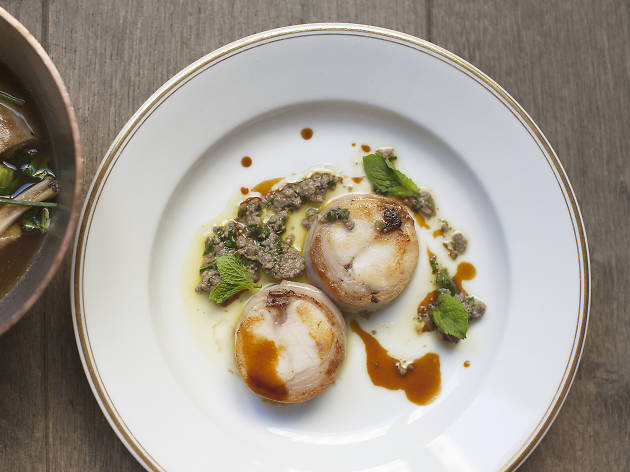 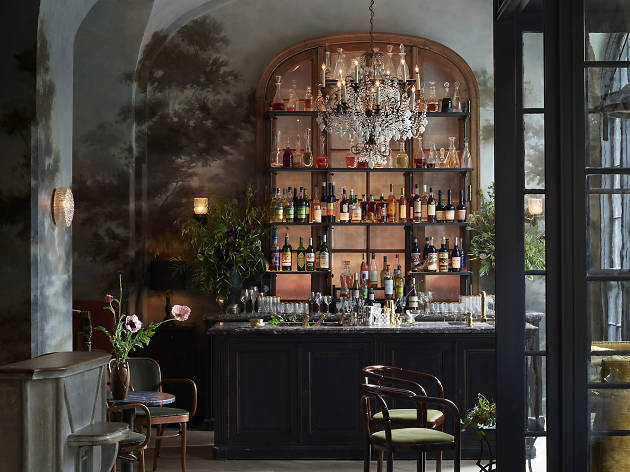 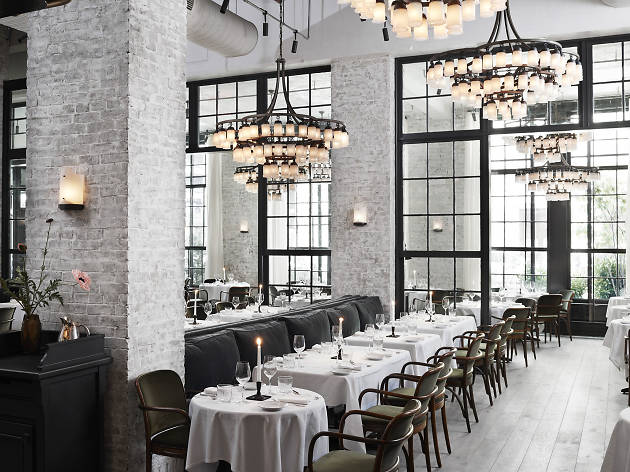 It’s a scene out of Ratatouille: the open kitchen lined with copper pots and hand-glazed tiles, churning with chefs whose two-foot-high toques blanche skim the range hoods as they plate hazelnut-freckled leek vinaigrettes and foie-marbled veal terrines with an almost cartoonish hustle. It’s no movie—rather, it’s the animated stir of Soho’s Le Coucou, the graceful French spot from the prolific restaurateur Stephen Starr (Buddakan, Morimoto) and Daniel Rose, the thirtysomething American chef who was raised in Chicago but made it in Paris, by virtue of his much-loved seasonal restaurant, Spring, in the French capital’s first arrondissement.

With its vaulted ceilings, handblown chandeliers and 12-inch candles set at each table—wax drippings threaten to bead the starchy white linen below but somehow never do—the 86-seat stateside debut is more luxurious than Rose’s decade-old French flagship. That’s the handiwork of Roman and Williams design power-couple Robin Standefer and Stephen Alesch, who render the dining room at once grown-up and dreamy: all curved archways, landscape murals and gold-trimmed glassware. The mohair banquettes that divide the room are populated by a mélange of New Yorkers, some silver-haired and faithfully married, others millennial and playing footsie over glasses of chenin blanc.

The crowd mirrors what Rose is accomplishing in that bustling kitchen: There are, unsurprisingly, the kind of Gallic classics on which he built his reputation, but with enough youthful verve to appease the T-shirted tenderfeet. Buckwheat-fried eel resides in the same page space as caviar-crowned veal tongue, and while foie gras has numerous cameos on the menu, it’s put forth with a relaxed posture.

Take the terrine ($19)—the chef curbs the loaf’s heart-slowing foie gras with some peppy pickled milkweed that stands in for the usual gherkin. The lobster américaine spooned over Rose’s spectacular quenelle de brochet ($26) is less buttery bisque than modernist foam, fluttered with an airiness rivaled only by the cloudlike quenelle itself. And traditional rabbit preparations—lapin à la moutarde, rustic stew—are ushered out as a $36 trio: The beautifully cooked tout le lapin (simply, “all the rabbit”) features sliced saddle doused in a giblet vinaigrette, roasted legs cowled in velvety white onions and mustard, and a crock of rabbit bouillon fragrant with shallots.

And just when you think the rest of dinner’s going to be more of the butter-gorged same, Rose himself arrives at the table with an exceedingly fresh salad of tomatoes and strawberries ($11) that’s all tartly sweet and tangy summer. Take a good look: This is the new era of old-world French.