Pioneers are often better known for their purist ideas and shake-things-up bent than warm hospitality. So when the globe-trotting chef Daniel Burns teamed up with Danish brewer Jeppe Jarnit-Bjergsø, it looked like another imperious tasting-menu restaurant was in the works. Burns made his bones at the world’s culinary forefront, running Momofuku’s kitchen lab and Noma’s pastry department; Jarnit-Bjergsø gained beer-geek renown as gypsy-brewing first responder Evil Twin, hopscotching from brewery to brewery to use others’ facilities.

With these two avant-garde figures, all the signs pointed to a little hauteur: The duo’s restaurant, Luksus, would be hidden in the back of Jarnit-Bjergsø’s Greenpoint bar, Tørst, and only esoteric beer would be on offer; not even one bottle of wine for those disinclined toward suds. But these high-handed guideposts proved misleading: The 26-seat cubbyhole—neither too sleek nor too stark—is outfitted like a Norwegian dream playhouse, with a window looking out onto trees, ceramic teacups and a sunny chalkboard mural. Burns is an affable host behind the counter, explaining his process like a soft-spoken professor for those who ask, and his crew of servers soothe any beer snobbery with pretenseless briefs of accompanying brews.

Any tasting-menu affectation is diffused with the first snack—fried cipollini and tangy buttermilk dressing, a mood-lightening wink to onion rings and ranch. If you’ve opted for the beer pairing, it comes with Nomader Wit, which has a balance of citrus, hops and spice that mimics the dish’s own deft dance between sweet and tang.

Pounded beef tartare is also crowned with a feat of haute junk-food ingenuity: a huge sour-cream-and-onion chip made by pureeing and dehydrating chicken stock, caramelized onions and tapioca. The chip attends nimbly to the beef, adding crunch to the soft flesh, and a spike of acid from the tingling vinegar powder dusted on top.

Less risky but more rewarding is a rosy, briny slab of sous vide pork neck with salty jus. The richness of the fatty, rillettes-like scrapple and a buttery millet-and-cranberry-bean ragout tame its saline kick.

Request a seat at the kitchenside counter, where Burns is your companion, not at the viewless tables, where he’s merely your waiter; the difference between the two is akin to the grievous gap between high-definition and regular TV. At the tables, a three-hour dinner can drag like a scoreless soccer game, and the food doesn’t always have the fancy footwork to provide entertainment on its own. Seared lettuce and chanterelles in a thin broth of corn and egg yolk is delicately earthy, but ultimately, half-wilted greens in a puddle of liquid registers like an overdressed salad.

For his final trick, Burns whips up a wispy, from-scratch cereal cracker from the strainings of creamed corn—rolling it out and baking it in front of rapt diners. The corn-flakes riff tops a bowl of milky corn broth and tart blueberries that’s swerved into bizarre territory with blueberry cookie dough, and too-potent wintergreen sorbet. Watching the dessert made thrills more than eating it. But that’s exactly how Luksus works; what Burns shows and tells you runs an extra jolt through what he feeds you. More than the food, what you crave is the interaction.

Experimental chef’s counters may be the current culinary vogue, but breaking bread is still best if kinship is fed as well.

Price per person: $75 for the tasting menu (three small snacks, followed by four substantial courses), plus $45 for the beer pairing if you choose

Vibe: Treat this backroom hideaway like your secret childhood clubhouse; bring only people that you like enough to while away a few hours with.

Cocktail chatter: Luksus is Danish for “luxury,” but before you read too much into that take a look outside; it’s also the name of the beauty salon three doors down.

Soundcheck: This is a place for beer sippers, not shot sluggers, so quiet courtesy beats out drunken rowdiness. 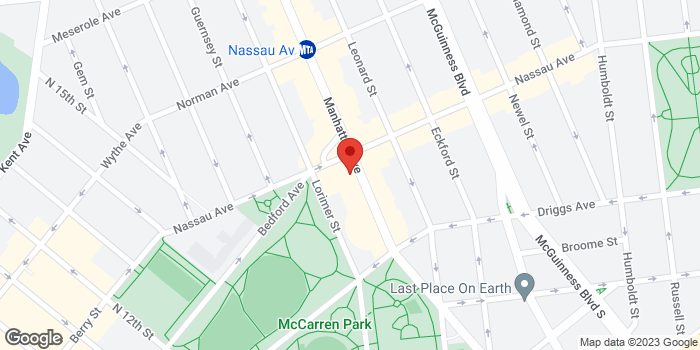