Sometimes evoking authenticity comes down to simply getting the ambience right: It’s not a real French bistro we’re looking for, after all. It’s our fantasy of one.

Lyon, in the West Village, looks, smells and tastes like the city it’s named for. This dream version of a bouchon—a traditional working-class restaurant you might stumble upon on the banks of the Rhône—feels conjured from Time-Life cookbooks, Jacques Tati films and flea-market finds.

The result is convincing and transporting, if not entirely right. The owner is French—François Latapie, of La Goulue fame—but his chef, Chris Leahy (BLT Prime), is Irish-American. The combination turns out to be oddly endearing: Latapie sets the Pastis-and-Gauloises tone of the place, lighting the wood-paneled walls with antique lamps and stocking its shelves with French booze paraphernalia from the ’50s and ’60s. Leahy, meanwhile, lightens and brightens the food for the 21st century.

The chef, not hamstrung by having grown up on this stuff, uses classic Lyonnais flavors as a starting point, tweaking tradition but not throwing it out. He sets a properly reverential tone at the start, serving cervelle de canut, a creamy herbed fromage blanc cheese dip that’s as emblematic of old-fashioned bouchons as the nicely chilled beaujolais sold here in carafes. His house-made charcuterie is also traditional: top-notch pâté de campagne and peppery boudin noir served with crusty toast and seasonal pickles (cipollini, carrots, squash, radish and fennel). These dishes make perfect elbow-on-the-bar bites. Enjoy them there before retiring to a table for the rest of the meal.

Lyon is the best kind of neighborhood restaurant, designed more for regular pop-ins than plan-ahead suppers. Even the heaviest classics have been transformed here into dishes that won’t send you home in need of a nap. Instead of onion soup that’s as much bread and cheese as anything else, Leahy serves an unconventional spin, featuring tender beef brisket in a delicious sweet-and-savory onion broth, with one long, dippable shard of cheese-slathered toast. His pike quenelles in lobster sauce are as fluffy as meringues; his tartly dressed Lyonnais salad with a poached egg on top is more about bright, crispy greens than bacon and croutons.

Even the most adventurous bouchon dishes have been reborn new and accessible. Still iffy on offal? This is the place to take the plunge on braised tripe—delicious, tender and surprisingly light—tossed with piquant merguez nuggets and topped with crisp garlic bread crumbs. In Leahy’s deft hands, it’s as much everyday fare as the tender roasted chicken he serves with mushroom-herb butter stuffed under the skin.

Desserts (a delicate buttery Granny Smith–apple tart, hazelnut-ice-cream–filled profiteroles modestly drizzled in chocolate sauce) have that same hybrid quality, at once classic and not. You might not find these exact versions in the city of Lyon, but in its fictional West Village annex they come across as just right.

Drink this: Kick things off with a glass of Cerdon du Bugey ($10), the Alpine bubbly that is a classic Lyonnais aperitif. Most of the food here is best suited to cold beer, like crisp, amber Gavroche ($8), or chilled beaujolais by the carafe ($24).

Sit here: The bar area is ideal for solo dining, but the dining-room tables are just as convivial, and much better suited to cozy first dates—with more room to spread your feast out under the sepia lights.

Conversation piece: The decor at Lyon comes courtesy of Roman and Williams, the design stars behind the Ace and Standard Hotels, who sourced the old booze ads and Michelin maps from owner François Latapie’s personal collection. 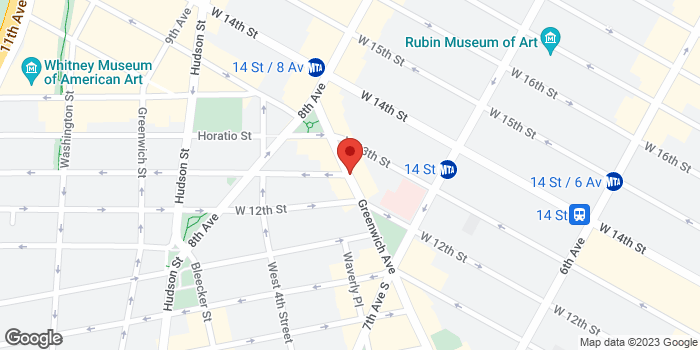